John Caulfield has issued a public plea to the national broadcaster to row in behind the league.

The crowd included Republic of Ireland manager Martin O'Neill, FAI chief executive John Delaney and Director of Competitions Fran Gavin. The trio on stage covered various topics about the season ahead and their respective chances. As MC Con Murphy began to draw proceedings to a close, Caulfield interrupted and asked could he say just one thing. 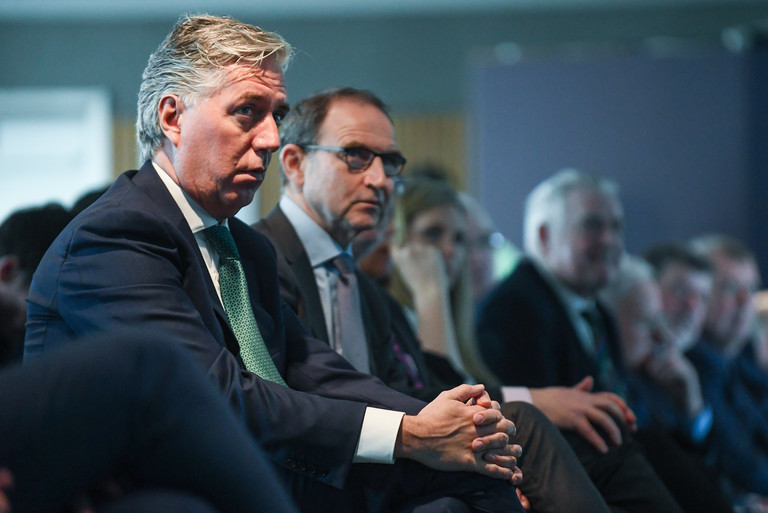 The Cork City boss was involved in Sunday's President's Cup as his Cork side overcame Dundalk 4-2 after a superb second-half comeback. Speaking today, Caulfield went through a minute-by-minute breakdown of  RTÉ news sports bulletin that night, dissecting the eight-minute segment in terms of the two and a half minutes given to GAA, the minute and a half of Ladies Gaelic Football, the Premier League coverage and the rest.

It was a four-second slide about the President's Cup, then another minute and half on the winter Olympics. I think we all have a responsibility to talk up our league. Promote it. While 27 live games is fantastic to have, at the end of the day our season is 36 league games plus the cup games. The Monday night show is really excellent. But I think a lot of people here work for the national broadcaster, it is important to talk to the people above them.

Try and promote the league more because we are a professional league. We do play in Europe and the more I go around different countries watching the standards and the facilities, the more I look at our own league saying it's an incredible league and the top teams over here are really at the top level. We're in Europe. We have European football we need to promote our league as much as we can within.

Later, Caulfield spoke to the press and once again built up the league's quality.

English clubs want to send us players. All of a sudden the last couple of years you're getting phones calls every day from clubs in England wanting to loan you players. the question for us is that they want them to come into our league and guarantee them games.

They are making contact with us because they now see 'god that league over there has some good players' they're playing in Europe and the standard of their stadium is good. The standard of their play is good. Plus the fact, even the amount of European players we are being offered, when I  came in five years ago that was non-existent.

His opponent last Sunday and main rival for the league are Dundalk, managed by Stephen Kenny. Speaking to the balls.ie today, Kenny was willing to let broadcasters prove themselves over the coming weeks.

When you think that the last time Dundalk and Cork played together was in the Aviva Stadium, nearly 30'000 people there. The next matches after that and the same two teams played. Look, the President's Cup is what it is. It could be anything but it is a forerunner for the season really. You'd expect (more) for Bohemians and Rovers this week obviously, so we'll have to wait and see.

This Friday's derby between Bohemians and Shamrock Rovers RTE 2 with their coverage beginning at 7pm.