Craig Bellamy has issued a defiant response to allegations of bullying levied at him for his alleged treatment of an U18 player at Cardiff City.

Bellamy has stepped down from his role as U18 coach following accusations that he bullied an underage player, who has now since left the club.

In a statement the former Liverpool and Man City player wrote that he has voluntarily stepped down from his role while Cardiff conduct an investigation and refutes the accusations completely:

I am aware of allegations that have been made against me via the media.

I understand the need for Cardiff City to undertake a full investigation in my response to these allegations and — at my own suggestion — I have temporarily removed myself from my coaching position in order to co-operate fully with the club’s inquiry.

Obviously, I am saddened both by the allegations and the manner in which they were made and I categorically refute them.

I fully expect to return to my coaching role and have sought legal advice as to my position. I will be making no further comment until the full investigation by the club has concluded. 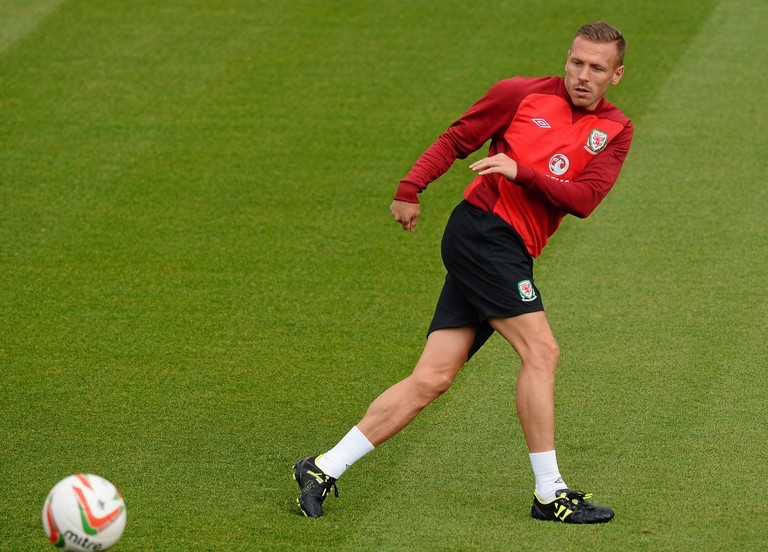 The 39-year-old regularly appears on Sky Sports as a pundit and it will be interesting to see whether this allegation will affect his TV work, or if the former footballer will address the issue in upcoming appearances with the broadcaster.

Bellamy joined the coaching staff at Cardiff City in 2014, having retired as a footballer at the Welsh club after playing a pivotal role in their promotion to the Premier League in 2013.

Football
4 weeks ago
By PJ Browne
Cardiff Snap Up Ireland International Amid Considerable Interest
Football
1 month ago
By Gary Connaughton
Mick McCarthy Has Had A Pop At Liverpool Over Handling Of Loan Players
Football
3 months ago
By Gary Connaughton
Mick McCarthy: From Splitting Opinion With Ireland To Uniting Cardiff City
Popular on Balls
Football
13 hours ago
By Eoin Harrington
'I Think It All Started With Roy Losing His Temper!' - Vieira, Keane And Neville On Highbury Tunnel Incident
Football
19 hours ago
By Michael McCarthy
Marko Arnautovic Gets One Game Ban - Is It A Cop Out?
Football
20 hours ago
By Donny Mahoney
VAR At The Euros Has Proven How Poor Premier League Refereeing Is
Athletics
22 hours ago
By Michael McCarthy
Don't You Just Hate When You Eat A Burrito And Test Positive For Steroids