Watch: 12 Of The Craziest Non-Red Cards In Sporting History

In many (or most) cases, the retrospective punishment received for these atrocities was a lot worse than your common-or-garden red card, but on the day in hand, every one of these perpetrators somehow got away scot-free.

What is the referee on here? He's running directly towards the play.

Ferguson was given 3 months jail for this, but not a red card!

You were very lucky alright Páidí.

In 1996, Peter Clohessy received an incredible 26-week ban for an incident the referee somehow didn't deem worthy of a sending off during Ireland's biennial hammering in Paris.

The Claw later admitted he thought nothing of the incident and was surprised to hear there was a bit of furore about it after the game.

The match was over and no one took any notice of it as we were coming off the field. It was actually Neil Francis who was reporting on the match, who said it to me. 'I think you're in a bit of trouble.' I said, 'Why, what happened? I had forgotten about it. He explained that it had been replayed all the time on TV. I kind of leaned on his head with my boot. I actually pulled out of it when I was doing it as I realised I was doing it.

As famous as it gets. In the 1982 World Cup, German goalkeeper Harold Schumacher put France's Patrick Battiston in hospital, and was a given a free kick for the hassle of it. Great refereeing.

Conspiracy theories were plentiful just a couple of months before the 1998 World Cup when the England captain wasn't punished either on the night or in retrospect for a fairly vicious kick to Neil Lennon's face.

A particular highlight just after the video cuts off here is Newcastle's David Batty lifting Lennon's legs out over the sideline so play could continue. It's only a kick in the face man, let's get on with it!

"That is a booking!"

The commentator is as bad as the ref.

No punishment on the day or after the event for Duignan, as Offaly beat Clare in their famous trilogy in 1998.

8. The Butcher Of Bilbao

Diego Maradona didn't have an easy time in the early 80s in Spain. The most famous of his assailants was Andoni Goikoetxea, A.K.A. The Butcher of Bilbao. Goikoetxea got a talking to by the referee. Maradona went to hospital with a broken leg.

Three times Luis Suarez has sunk his teeth into the opposition, and three times he got away with it... at least until the final whistle.

In the year The Netherlands replaced Total Football with world class shithousery and became the villains of world football, they somehow managed to make it to the World Cup final.

Mark Van Bommel was playing the part of panto villain leading into the final, but Nigel De Jong's kick directly into the chest of Xabi Alonso in the first half of the biggest game of his life is what we remember the most.

The referee Howard Webb bottled it and gave out a yellow card.

In a game when Kevin Keegan would later be sent off himself along with Billy Bremner, Gilesey was somehow let off with a booking for this right hook on Keegan in the 1974 Charity Shield.

We're sure we've missed a huge amount. Let us know if there's any more incidents of GBH that went unpunished, at least initially. 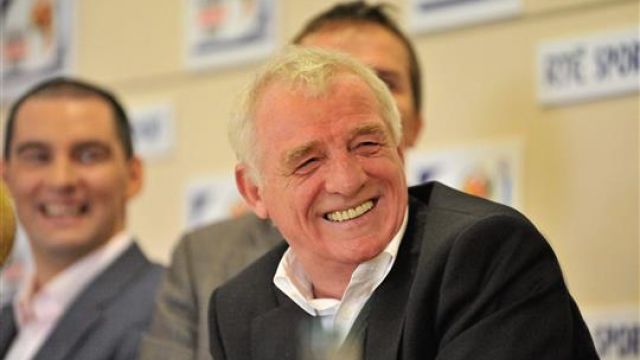