These 2017 Conte Quotes About Spurs Make For Interesting Reading

It was announced earlier today that Antonio Conte would be taking over as manager of Spurs, after the inevitable sacking of Nuno Espirito Santo that followed Spurs' 3-0 hammering to Manchester United on last Saturday.

It is seen as a positive move by the club given Conte's record in the Premier League with Chelsea, which saw him take home the title and leave with an impressive 67% win ratio after two seasons in charge.

However, whether Spurs can match Conte's ambitions as a manger remain to be seen. On this point, let's hear from Conte himself.

Conte questions the ambitions of Spurs

In 2017, while coach of London rivals Chelsea, Conte questioned the ambition of Spurs.

If [Spurs] don't win the title, it's not a tragedy.

Maybe for Chelsea, Arsenal, Manchester City, Manchester United and - I don't know - Liverpool, it is a tragedy. You must understand the status of the team.

My question is this: What are Tottenham's expectations?

Those words feel as true today as they did four years ago. Conte has proven he can speak harsh truths, but can change the culture at the club?

What is certain is that Conte's managerial record speaks for itself, and most importantly he is coming off the back of a successful stint as Inter Milan manager, winning last year’s Serie A.

And in terms of top class managers who were readily available, Conte was certainly top of the list. 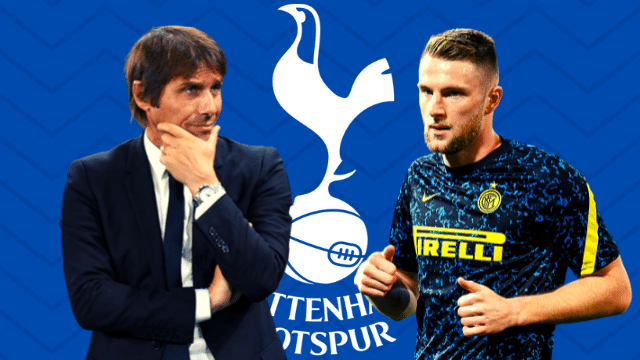