Cork City have confirmed that Jake O'Brien has left the club signed a permanent deal with new club Crystal Palace for an undisclosed fee.

The highly-rated central defender joined Palace earlier this year on loan from City, with the South London side having an option to buy the 20-year-old.

O'Brien made his Cork City debut in 2019 under previous City boss Neale Fenn, before going on to make nine further appearances for the club last season.

He was, however, unable to help the Leesiders stave off relegation to the First Division.

But he impressed suitably to earn himself an initial loan move to Crystal Palace at the start of this year.

Since moving over, he has starred for Palace' U23 side, captaining them to a playoff final win in May against Sunderland.

That was during his initial loan spell at the club, and Palace have exercised the option in the deal to make his switch to Selhurst Park permanent ahead of the new season.

O'Brien has impressed already under new Eagles boss Patrick Vieira in pre-season, earning himself a number of appearances for the first-team in the preseason.

"This is a fantastic opportunity for Jake, and we wish him well," Cork City boss Colin Healy said.

"Jake is yet another player to come through our academy and go on to play first team football, so we are very proud of the pathway that exists for our young players.

"He is a great lad and a credit to his family; he always worked exceptionally hard in training every day, and he deserves this opportunity.

"We have come to an agreement that we believe represents a good deal for all parties and we look forward to following Jake’s career with interest."

Jake O'Brien with 2 goals yesterday for the Palace U23's 👊💚@obrienjake_pic.twitter.com/dPunncWfAI

City Chairman Declan Carey added: "We wish Jake all the best in his permanent move. He is an extremely hard worker.

"This is another sign of the fantastic work from our Academy coaches and Jake’s Cork Schoolboy’s League club, Youghal United."

O'Brien is the latest in a long line of City players to make the move from Turner's Cross to the UK.

Ricardo Dinanga is the most recent of which, joining Coventry City's U23 side. 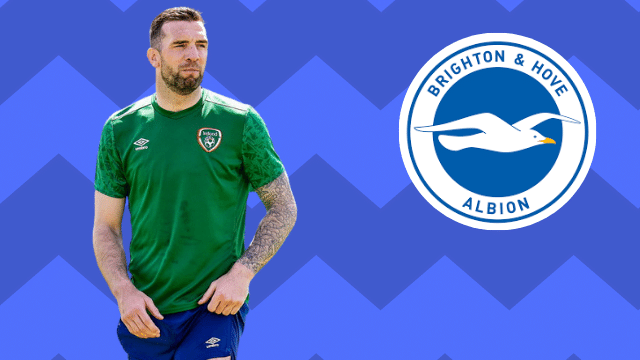