Damien Delaney Thinks Italy Star Would Be Perfect For Liverpool

Italy captured the imagination of European football fans with their stylish romp to the EURO 2020 crown - and Virgin Media pundit Damien Delaney thinks one of their stars, Federico Chiesa, would be perfect for Jurgen Klopp's Liverpool.

Juventus man Chiesa was one of the stars of the EUROs campaign for Italy, and Delaney thinks that Jurgen Klopp should move for the winger.

Chiesa has had a stunning 2021, with the highlight of his year so far the goal he scored in the EURO 2020 semi-final against Spain. He also contributed a goal in the last 16 against Austria, ultimately working his way into the team of the tournament.

Italy and Spain locked horns once more on Wednesday night, and former Crystal Palace defender Damien Delaney appeared on Virgin Media's coverage of the Nations League semi-final. Delaney sang Chiesa's praises - and said that Jurgen Klopp should be looking at signing the Juve man for Liverpool.

Absolutely [I'm a fan]. I'm a fan of his directness. It's very rare these days that you see a player who's as direct as he is. He gets the ball and he's not interested in rolling the ball to the full-back or into midfield.

Every time he gets the ball, it's head down and run. Sometimes he'll run through you, or over you - he can run round you, he can run inside, he can play the nice one-twos.

For me, he's a player that Jurgen Klopp would daydream about - long daydreams! He would fit that Liverpool frontline incredibly well. If you asked Jurgen Klopp for one player in the world that he could take, it would be him right now.

I know it's very hard to get an Italian boy out of Juventus but I'd say if he became available or he was willing...he'd fit right into that frontline.

The directness of Chiesa's play that Delaney mentions was plain to see during the second round of Champions League games last month, when he put Juventus 1-0 up against Chelsea just 10 seconds into the second half with a clinical finish.

Just 🔟 seconds after the restart Juventus have taken the lead!

Mo Salah continues to churn out excellent performances for Liverpool but, with the mixed form of Sadio Mané and Roberto Firmino, there is potential that Jurgen Klopp may be looking for another attacking player of Federico Chiesa's ilk.

With Cristiano Ronaldo having departed Juventus during the summer, it's unlikely the Old Lady will be too keen to lose any more attacking talent, but it will be fascinating to see how long Chiesa remains in Turin - especially if someone like Jurgen Klopp comes knocking. 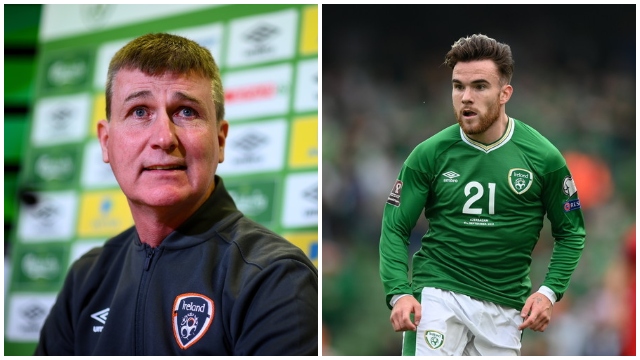