Nearly six weeks on from the announcement that he would be stepping down from his role as a coach in Stephen Kenny's Ireland management team, Damien Duff made his first public appearance on Tuesday.

The former Ireland international was on RTÉ as an analyst for their coverage of Liverpool's Champions League tie with RB Leipzig.

Just as he was in the statement released when he departed the FAI, Duff remained unclear on his reasons for doing so.

"I appreciate that you have to ask but I really don't have a lot to say on the matter," he told Darragh Maloney.

"I know I've made the right decision because not one day has passed where I've regretted it.

"I know it's not ideal for the manager but at the same time, it's a chance for them to bring in a better coach than me. He's done it already on the goalkeeping side, brought in Dean Kiely, a great guy who will bring great energy to the squad. He's a top coach, coaching at the top level in the Premier League every week.

"The only person who lost out really by walking away is me. You're soon forgotten. Staff, players, I'm sure they don't have a problem with it - it's all water under the bridge.

"I've given up - because I've walked away - the chance to represent my country, which is a massive honour, the chance to coach elite players which does come around very often. I've probably lost a lot of focus as well - a lot of ex-players will tell you that you need that in your life.

"I felt strongly about things and I would have been unhappy with myself if I stayed."

Duff added that he will continue to work for the betterment of football in Ireland.

"I know football people want to know but at the same time... I just want to keep it private," he continued.

"Even when you guys asked me two weeks ago to do the show tonight, you told me then 'We're going to have to ask you' and I was like 'Ah, really?'

"I can't hide away in my house forever because I've left the FAI. No way. People will say that I've let my country down - I've let nobody down here.

"All I've ever done since I wore the Irish shirt from U14 or U15 is dedicate myself to Irish football, and I have never left my country down, and I will continue to work for Irish football in a different way." 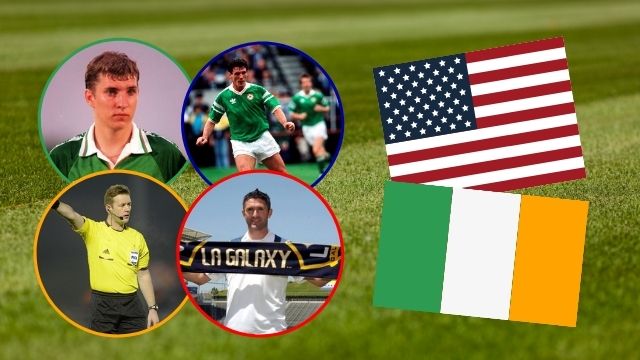