AS the good news about Christian Eriksen's health status continues to filter through, attention over the last couple of days has turned to UEFA's handling of the situation.

While it was originally said that players from both Denmark and Finland wanted the fixture between the two sides to resume that very evening, the reality of the situation was a little different.

It turns out UEFA offered them two choices: finish the game that night, or play it as noon the following day. Neither option is all that fair when you consider what those players had been through.

The authorities certainly didn't cover themselves in glory, with Damien Duff brandishing their actions as 'disgraceful'.

Speaking on RTÉ ahead of Denmark's return to action against Belgium this evening, the former Ireland winger said they gave little consideration to the players involved.

I don't think they were given a great choice.

That's obviously down to UEFA not wanting games to clash. But it's funny that when they did play later that night, it clashed half an hour with [Russia v Belgium].

I thought it was really poor from UEFA. Play the game the next night. It shouldn't have finished that day. Secondly, anybody who's played a 12 o'clock kick-off, you're getting up at half seven or eight in the morning, you're having pre-match, the lads won't have slept.

I thought it was disgraceful. And it's only come out now, you know. I said the other day, UEFA have looked after them but it sounds like they haven't and it sounds like a lot of them didn't want to play.

But Simon Kjaer, who's got a lot of plaudits, captain fantastic, he had to leave the pitch after 60 minutes, so I think that speaks volumes. 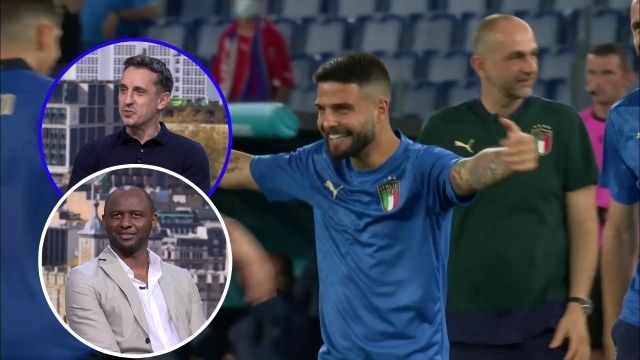