Is it a bird? Is it a plane? No, it's just Danny Mandroiu's thundering strike in Dalymount.

Shamrock Rovers, once again, returned to Tallaght last night with the sound of ecstatic Bohs fans ringing in their ears, yet even they would have to hand it to the man who scored both of the home side's goal.

What a goal from Danny Mandroiu to put the home side back in the lead.

As the game headed for the final half-hour of proceedings, Mandroiu took on an audacious attempt, hitting a half-volley with what is believed to be his weaker foot, and nearly boring a hole through the top corner of the Rovers net. It was an effort that wouldn't look out of place is some sort of cosmic shower. A Mandroiu meteor.

There have been some sublime goals in the League of Ireland this season though few, if any, have stunned like last night's effort. Whatever about the league title, it just about puts paid to the goal-of-the-year accolade - the decade and century accolades too.

The win for Bohemians brings Keith Long's side back within seven points of second-placed Shamrock Rovers in the table, with Dundalk five points ahead again at the top of the table. 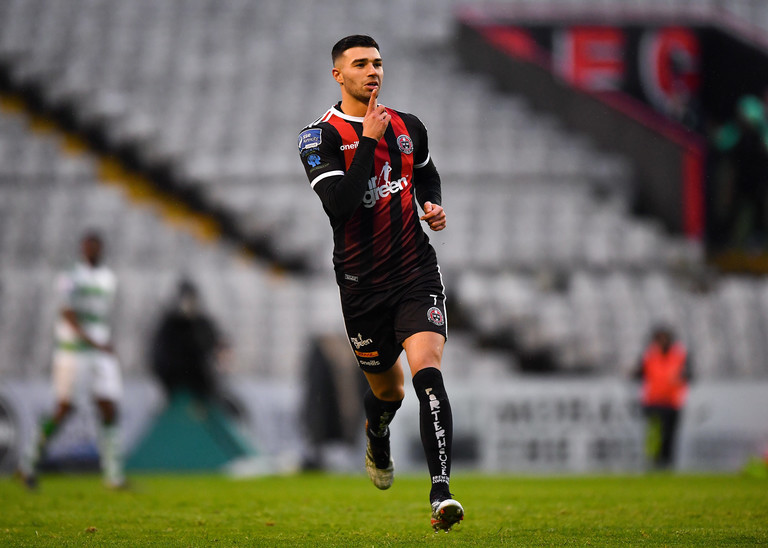 Last night's result may be a source of worry for Stephen Bradley's side who have now gone eight games without a win against their North Dublin rivals.

"The boy's a special talent we believe," Long said of Mandroiu when speaking to Eir Sport after the game."If he continues to scores goals like that he has a big future in the game.

"He's technically outstanding; he has it in his locker. Obviously, he was on his weaker foot, on his left foot, and into the top corner. He done it against UCD earlier on this season. He is a bit special, the boy."

SEE ALSO: Five Irish Players Who Impressed During Toulon Tournament And The One Big Issue