The Championship finale in midweek was a prime example of everything that is great about football. It was pure drama at both ends of the table and we couldn't take our eyes off the action.

Once the dust had settled, a number of teams could bask in the glory of their achievements. Amongst them was West Brom, who secured promotion back to the Premier League. While some of you may not be all that excited by the prospect of the yoyo club returning to the league once again, there was an interesting angle for Ireland fans.

Not only did Callum Robinson's goal help them on their way to a 2-2 draw with QPR, but a certain Dublin youngster also fulfilled a lifelong dream.

It has been a wild few months for Dara O'Shea, who went from backup player to key part of a Premier League team. The defender hadn't even made his full league debut at the turn of the year, but once he was given an opportunity in the side he never really looked back.

Slaven Bilic is a huge fan, saying after the 21-year old made his league debut: "Dara is the future, and he can be present... I  believe in him. Based on today, he’s a player. I love Dara."

He would go on to start all but two of West Brom's final 18 league fixtures, thriving despite playing out of position at right back.

Speaking to Balls, Joe Chapman, the Birmingham Mail's West Brom correspondent, he described what O'Shea brings to the team:

He seems to be somebody that is a bit of a no nonsense sort of player in that he is happy to put himself on the line and is very committed. He’s exactly the type of player that Slaven Bilic has taken to right away.

He has had to bide his time this season, there were a few times early in the season in the cup competitions where Bilic ringed the changes and he was given the opportunity to play. He has really grasped his opportunity.

O'Shea was yearning for first team football when he arrived in England, but he would have to temporarily move away from West Brom in order to experience it.

A couple of years ago, he was playing on loan at Hereford in the seventh tier of English football. It was a invaluable learning experience, but this interview probably won't have prepared him for the media duties in the Premier League.

O'Shea spent the 18/19 campaign on loan at Exeter City in League, a period which really accelerated his development. All of that led to this season.

Of course, his journey in football started well before his time at West Brom.

"Even in the most friendly game here out in the back garden, Dara was so competitive. You see where that’s got him," Gerry Carty recalled as he reminisced about O'Shea's earliest sporting days.

Now a supremely talented footballer, he was an all-rounder from an early age. That included both codes of the GAA, where he excelled at St Judes and his primary school St. Pius X.

Gerry's son was a classmate of Dara's, with both youngsters joining St Judes at a young age. Back then, all he was worried about was playing sport, even if it wasn't in an organised environment.

My own son is sport mad and we joined Judes...

Dara asked if he could come to the Gaelic up in Judes. My wife used to actually pick him up from school when he was small, both his parents were off working.

He would come down here and they would be out the back playing football and hurling all day...

That’s just how it started. He was sport mad from day one. He was a very accomplished hurler, he could play anywhere in Gaelic football. 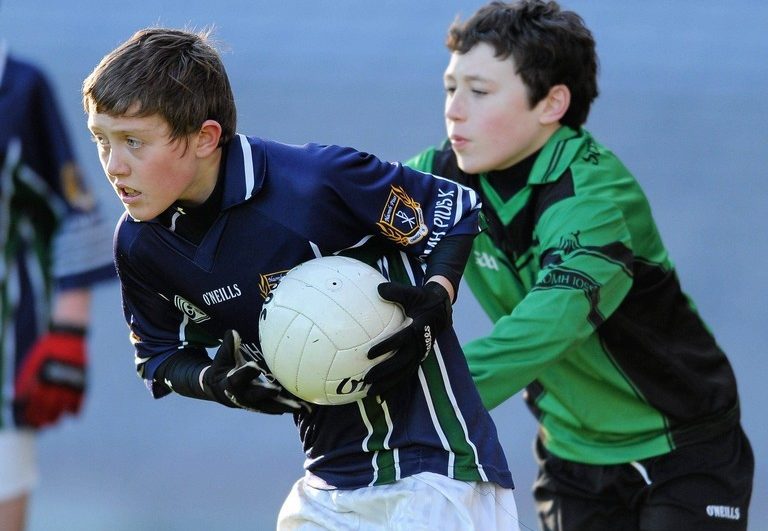 It was also around this time that he took up football. He started out with his local club, Bushy Park Rangers. Unsurprisingly, he also starred in that code.

He quickly attracted the attention of St Kevin's Boys, the famous Dublin schoolboy club who can boast the likes of Liam Brady, Jeff Hendrick, and Robbie Brady amongst their alumni. He joined Kevin's at U11 level, immediately standing out on what was an immensely talented team.

St Kevin's PRO Neil Fox recalled that O'Shea was a fairly quiet character, very much doing his talking on the pitch:

There would have been a lot of characters on that team that you would have said ‘he’s definitely going to go to England’. Dara is very much in the background, a very quiet guy. He still is.

I only spoke to him about a month ago when he did an Instagram live call with me for the club and he hasn’t changed. He’s still the same nice bloke, really down to earth...

He’s a good all-rounder and I think with his Gaelic background as well that would have helped him as well. He trained well, played well, and a great lad all-round.

Many would struggle to balance playing both GAA and football to a high level at such a young age, with those commitments often overlapping.

O'Shea was different. His athletic durability was obvious even at that stage, as Gerry Carty will attest to.

One such scheduling conflict came when Dara was still playing at U14 level. The St Judes hurlers were set to play in the Féile in Sandyford, a team that he played a major part in. The only problem was that he was due to play in an All-Ireland final in Kilternan with St Kevin's later that day.

Most would be forced to choose one or the other. Gerry explained how Dara managed to take part in both, although he's not sure that his football coach knew what he was up to.

I’ll never forget during our U14 Féile.

You play the three games in a day, but Dara was playing for St Kevin’s at the same time. The All-Ireland finals was on in Wayside Celtic, up in Kilternan, and we were playing our hurling group games in St Olafs in Sandyford.

Dara played two games on the pitch and half a match in goal. Then he went off and played his All-Ireland final in soccer and they won 4-0 that evening. Then he came back and joined us in Judes that night.

I suppose his Kevin’s manager didn’t know he was playing hurling that morning!

As he became older, it became obvious that his GAA participation would have to be reduced if he was to pursue a career in professional football.

Playing with St Kevin's offered O'Shea and his team the opportunity to travel to West Brom a couple of times each year, with the Dublin club having a partnership with the English side. Neil Fox said that they had their eye on the defender for quite some time, eventually offering him a place in their academy. 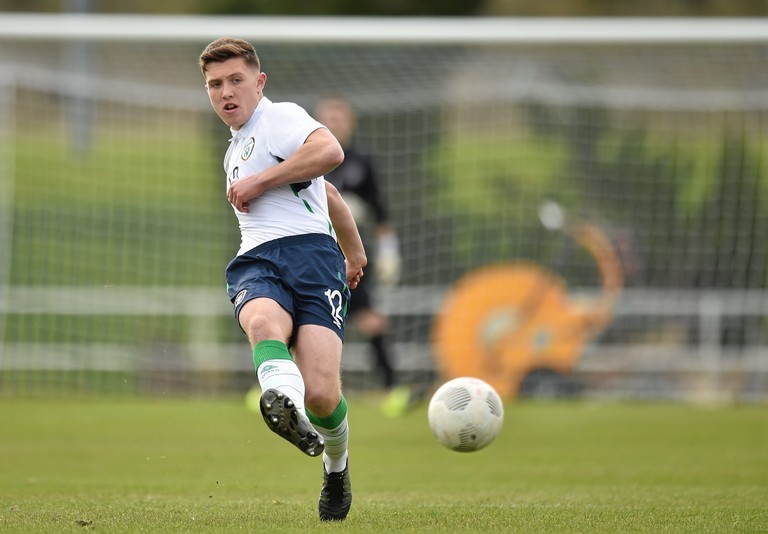 He made the move to England, signing a contract with the club. However, that didn't exactly end his playing days in the GAA.

St Judes were due to play an U16 county final against Parnells in May of 2015, having had to make do without O'Shea for the entire year. However, the end of the English football season meant he was returning home just before the game.

In typical fashion, he insisted on playing, even if West Brom were probably in the dark over the whole thing. Gerry Carty recalls:

Tony Pulis won’t come after him now so it doesn’t matter. At 16 he would have been on their books...

He hadn’t played Gaelic for six or seven months before that match. He just said ‘I’m available if you want to play me’ and we were like ‘well of course we’re going to play him’.

Having not played Gaelic football all year, he would score 3-8 (3-6 from play) in the final from corner forward.

That's the level of GAA talent we are talking about. A nice way to bow out from the sport.

His GAA background surely helped him make an impact this season. Despite playing out of position at right back for West Brom, he developed the type of mobility down the right flank that you would not expect from a natural centre back.

While the Premier League will be a massive step up, Joe Chapman sees no reason why O'Shea cannot continue to star for the club in the coming months:

He has got the lot. The people at Albion are really excited about him.

I look at him now as somebody, and of course they will be looking to strengthen their defence for the Premier League, but I don’t see any reason why  you would need to go and sign another centre back...

Dara doesn’t have to wait until he’s 25 to become a regular Premier League player. If he hits the ground running in the Premier League, why on earth not could he not hold onto that position?

He has very much earned and held onto his place for now...

I would personally like to see him play at right back or centre back and see how he gets on in the Premier League, because he has a lot of qualities that I admire. In this day and age he is someone who is quite refreshing really in the attributes that he brings.

A first game in the Premier League is unlikely to be the only debut he makes in the coming months. 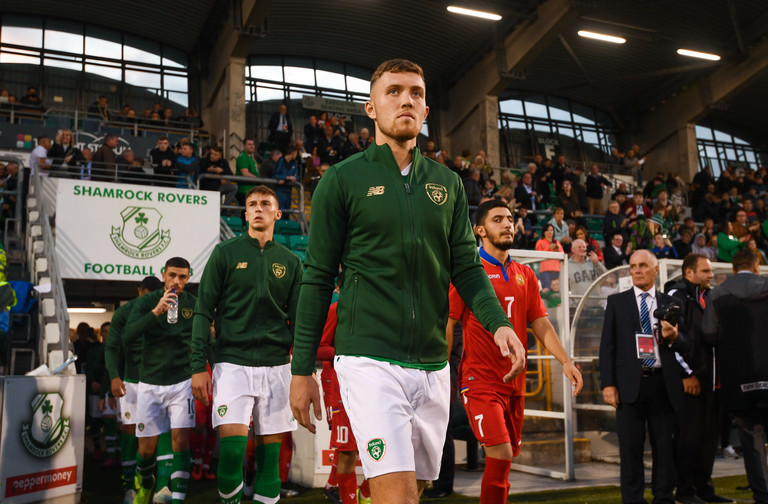 Having starred under Stephen Kenny at U21 level, many expect O'Shea to receive a call-up to the Ireland senior squad for the September internationals against Bulgaria and Finland. His performances in recent months certainly make him worthy of that recognition.

Kenny is certainly an admirer of his, handing him the captain's armband for the game against Armenia last year.

Neil Fox thinks that he has a big role to play for both the U21s and the senior team in the coming months. Everyone at St Kevin's is eager to see him succeed.

I hope he stays with the U21s, in the sense that it would be fantastic if they were to qualify (for the Euros). It would be great to have our full squad.

If he gets into a couple of friendlies with the senior team, that would be a bonus. I think he will...

We have a wall of champions of international players in the club house, and we’re dying to add Dara O’Shea to that list.

It would be a fitting way to cap off what has been a remarkable rise over the past few months.

Of course, his journey in the game goes back a lot further than that. From all we have learned about Dara O'Shea, you certainly couldn't argue that he isn't deserving of every reward coming his way.

SEE ALSO: 'Chris Kamara Said On Live TV That I Was The Next Roy Keane' 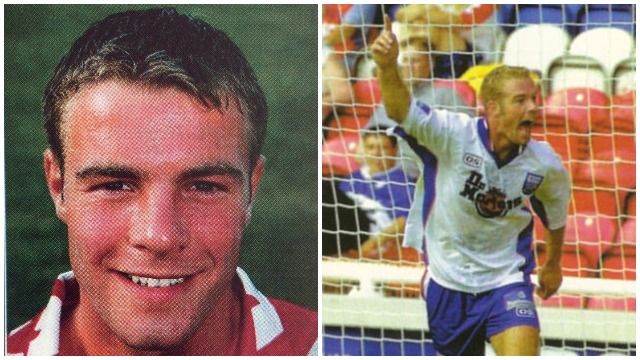