The Manchester derby is clashing with the All-Ireland final today but United player Darren Fletcher definitely has his priorities sorted - he's at Croke Park.

When interviewed on TV3, he explained the reason for his presence was his mother being from Achill Island.

And thanks to Diarmaid Eagney for sending us this picture of Darren in a Mayo jersey. 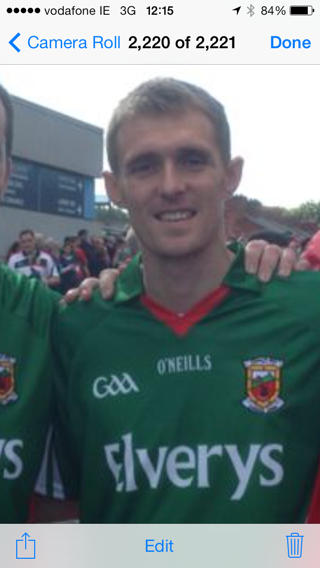