The Best Memes Of David Marshall's Misadventure At EURO 2020

Patrik Schick scored an early frontrunner for goal of the tournament against Scotland, with the Czech man finding the net with an outrageous lob from just inside the Scottish half. Scottish goalkeeper David Marshall was partly to blame, though, and social media was rife with memes as he was caught miles off his line.

Marshall was just shy of the centre circle when Scotland's attack broke down, and the opportunity presented to Schick was too good to refuse. He finished with aplomb, but Twitter and Instagram were more than ready to meme about Marshall's positioning and eventual crash into the net.

David Marshall might want to Czech his positioning🤣 pic.twitter.com/PjBCA4Cc3J

David Marshall running back to the goal pic.twitter.com/taErWcSUGa

This is the essence of the Scotland team in picture form#SCOCZE pic.twitter.com/OrzCG1njMI

It's not the first meme-worthy moment Marshall has had. Scotland qualified for the tournament through a play-off against Serbia which went to penalties - and his decisive save in that shootout was what sent Scotland to the Euros.

His reaction to the save, as he confirmed the penalty wouldn't be retaken, resurfaced this week as a new meme template. Its best use was to praise the commentary work of Rangers legend Ally McCoist on ITV - which Irish viewers have tragically missed out on.

It wasn't the start to the Euros that Scotland would have wanted, especially in their first game in a major tournament in 23 years. The fact that the game was on home soil will only serve to deepen the pain of Scottish fans but, for the rest of the footballing world, Schick's goal and David Marshall's mistake provided us with plenty of hilarious memes.

Scotland's next game is a must-win tie with England at Wembley at 8pm on Friday night, while the Czech Republic take on Croatia at 5pm that same day. 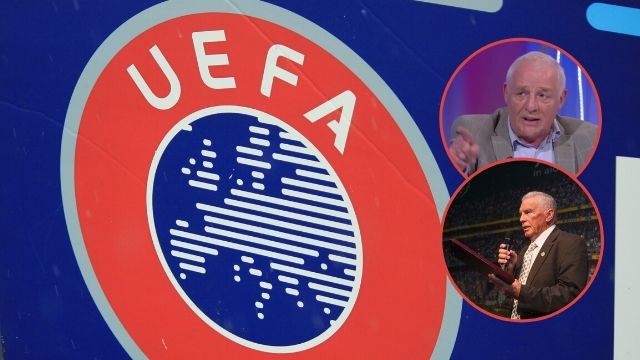