If David McGoldrick was more prolific in front of goal he would be everything you want in a striker. While his goalscoring record is not the best, he offers so much to a team that doesn't show up in stats.

It is telling that after a summer in which Sheffield United twice broke their transfer record to sign new strikers, he remains first choice in that position. He is the one that stitches the entire team together, dropping deep to link the play and creating space for others.

McGoldrick performs that role brilliantly with the perfect example of his impact coming in the game against Manchester United this evening.

Lys Mousset was the one who doubled the home side's lead at the beginning of the second, scoring a beautiful goal from outside the penalty area. McGoldrick played a key role, but in typical fashion, you may not have even noticed.

It was his run that created the space for his strike partner to receive the pass, also pulling Harry Maguire out of position to allow Mousset have the time to get his shot away.

David McGoldrick's run to make the space here is exceptional, the type of thing that doesn't show up on the stat sheet.

Such an intelligent footballer 🇮🇪pic.twitter.com/eRFPtC97lD

This wasn't a coincidence. McGoldrick knew exactly what he was doing.

He would have known he was unlikely to receive the ball down the line, with Lindelof blocking off the passing channel. Just as he was beginning to make the movement, he also looked at Maguire to ensure he was tracking him. 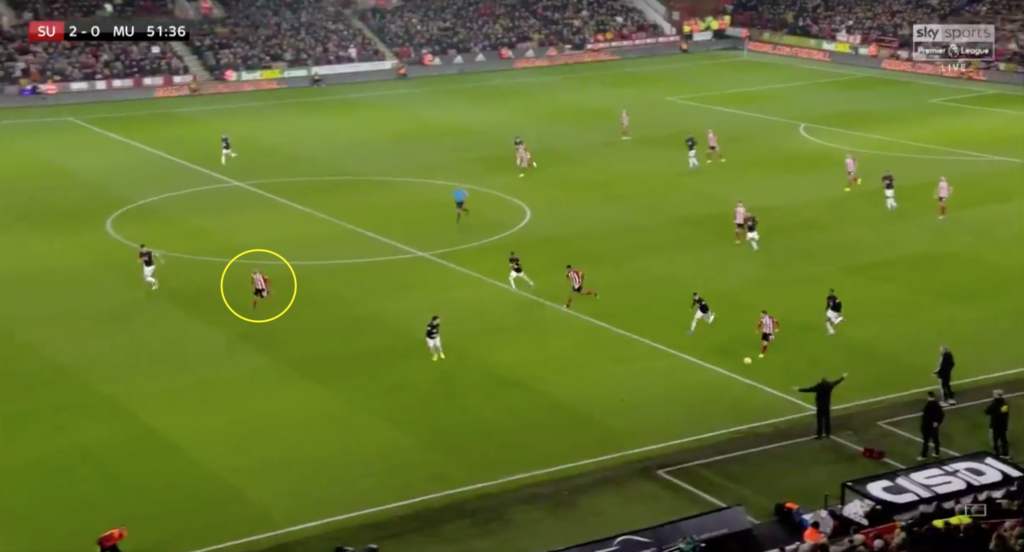 It's the little things like this that prove McGoldrick's value.

While he has been questioned for dropping deep at times when playing for Ireland this goal proves what can happen when those around the striker are operating on the same wavelength. Unfortunately that doesn't seem to happen all that often when he pulls on a green jersey.