David Moyes Explains Why He Kicked Ball At Ballboy

West Ham's Europa League fairytale came to an end on Thursday night against Eintracht Frankfurt, with their manager David Moyes sent to the stands in acrimonious circumstances.

Moyes was sent off after lashing the ball back in the direction of a ball boy, causing a clash between the two benches on the sideline.

In his post-match interview, Moyes said that he had apologised to the ball boy in question and accepted he shouldn't have kicked the ball at him. He did, however, seem to joke that the ball boy had set him up by leaving it a bit short and perfectly "on the volley" for Moyes.

West Ham lost 1-0 on the night to go out 3-1 on aggregate to Frankfurt in the semi-final stage of the Europa League.

David Moyes: "It was nicely on the volley for me"

David Moyes has plenty to be proud of from West Ham's season. The Europa League run marked the first time in 46 years that the club have reached a European semi-final and, with the club in seventh place in the Premier League, they are on course to be playing European football again next season.

Moyes did not have his proudest moment, however, in lashing out at a ball boy on the sideline in Germany on Thursday night. The incident provoked a strong reaction from the Frankfurt bench and ultimately led to Moyes' dismissal with just over 12 minutes to go.

The Scot would apologise for the incident in his post-match press conference.

David Moyes has apologised for kicking the ball at the ball boy during West Ham’s #UEL semi-final defeat. pic.twitter.com/ZrCYxl7WcU

Moyes appeared to make light of the situation with his joke about the ball sitting up on the volley for him. The video footage of the incident, however, shows that Moyes put some power behind his kick when he launched the ball at the ball boy - and the replay angle certainly doesn't suggest he was joking around at the time.

David Moyes was sent off for kicking the ball at a ball boy tonight.

This is a clearer angle of the incident. #SGEWHU | #UEL pic.twitter.com/9ne6fQLP53

With West Ham's left back Aaron Cresswell sent off during the second leg defeat, it was a sad way for the European run to end for the Hammers, and the touchline incident with David Moyes cast an ugly light on the evening.

A major highlight of the evening came from Frankfurt's fans.

After the success that they enjoyed in their away games against Barcelona and West Ham while wearing white, the club's ultras were asked to wear white for the home leg against West Ham. Despite the team's home colours being black, and Frankfurt wearing their black kit on Thursday, the stadium was turned into a sea of white.

Eintracht Frankfurt’s ultras called for #SGE fans to wear white for the game against West Ham.

This is what the Waldstadion looks like 30 minutes ahead of kickoff.

Frankfurt have reached their first European final in 42 years, since they won the 1979-80 UEFA Cup. They will face Scottish side Rangers in the final on May 18. 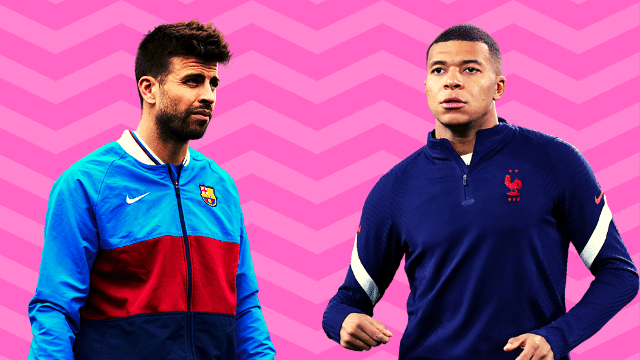 Football
1 week ago
By Colman Stanley
'Everyone Was Buying In, Everyone Wanted A Piece': Dundalk's Glorious Summer Of 2016
Football
3 weeks ago
By Jonathan Byrne
Quiz: Name The Liverpool Side Beaten By Villareal In Europe In 2016
Previous Next

Football
6 days ago
By Colman Stanley
Vinnie Perth Tells Fantastic Story About How Dundalk Sneakily Signed Richie Towell
Football
1 week ago
By Colman Stanley
'Everyone Was Buying In, Everyone Wanted A Piece': Dundalk's Glorious Summer Of 2016
Football
3 weeks ago
By Jonathan Byrne
Quiz: Name The Liverpool Side Beaten By Villareal In Europe In 2016
Popular on Balls
Golf
1 day ago
By Gary Connaughton
Padraig Harrington Glad He Didn't Have To 'Make A Decision' On Saudi Golf League
Motorsport
1 day ago
By Gary Connaughton
Carlos Sainz Worried About How 2022 F1 Cars Will Affect Health Of Drivers
46