Does David Moyes Have A Point About Liverpool's Current Team Strength?

With Liverpool now six wins from six in the Premier League, two points ahead of Chelsea and Manchester City, Jurgen Klopp's men look set for their first proper title challenge in years.

A defensive solidity has now been instilled in their game, with Alisson's goal only breached twice in the Premier League so far.

But one man who thinks that a Premier League title will still elude them this season is former Everton manager David Moyes.

Moyes was speaking on Goals On Sunday and cast doubt on Liverpool's chances of ending their 28 year wait for a league title:

I think they've got a really good team, but you look back at teams over the years at Liverpool and they had great teams, when it was Alonso, Mascherano, Gerrard and Torres up front.

This is a good Liverpool team as well - I don't know if it's quite as good as that team at that time. They're playing a good style, with forward players who are exceptional, and because of that I think they're a real threat.

That Moyes cited the Liverpool team that he came up against (and lost) is interesting, and while it's true that Liverpool had an exceptional midfield back then, the overall depth of the squad was lacking.

Is it still too soon for @LFC?

"This is a good Liverpool team as well - I don't know if it's quite as good as that team at that time."

This was the Liverpool squad from the 2008/09 season, when the Reds were pipped to 1st by United by four points: 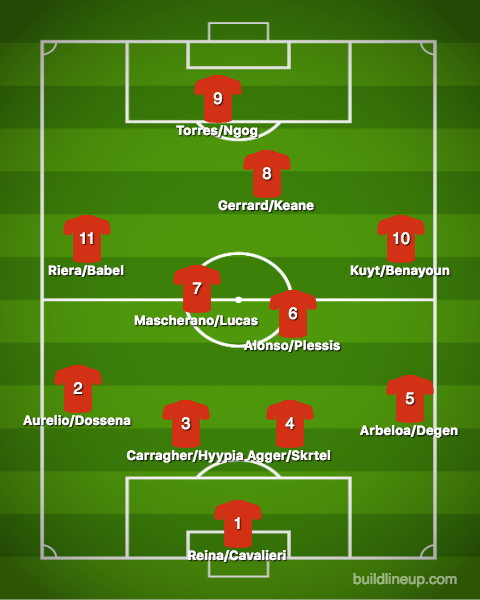 This is Liverpool's current squad: 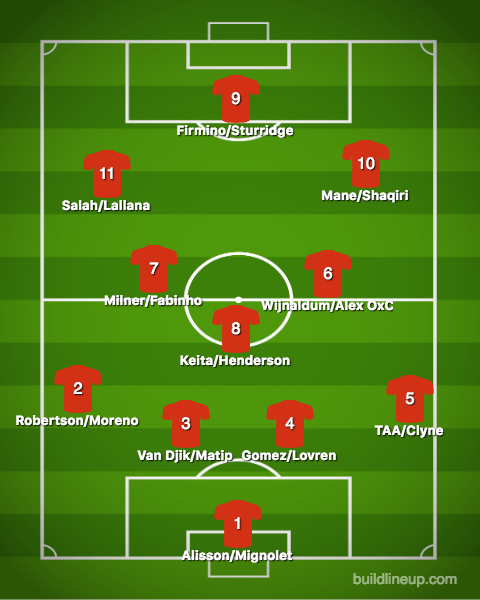 Looking at both line-ups it becomes clear that Moyes' claim is not a far fetched one, based off the first team at least. Liverpool's midfield at the time was one of the best in Europe. Jamie Carragher and Daniel Agger would have been in their pomp, with Reina a top keeper at the time. Arbeloa would later go on to great success with Real Madrid, and Fabio Aurelio was a steady left back with a wand of a left foot.

Granted there was not a lot of competition up front with Gerrard and Torres the preferred combination, but what a pairing. Benayoun, Babel, Kuyt and Keane were not bad players to call upon either, though not of the calibre of Liverpool's current front three.

But returning to Liverpool's midfield from 2008/09, and it's hard to argue that they would not have overrun Liverpool's current selection of Wijnaldum, Milner and Keita.

The real difference between the two squads is evident when it comes to the bench. When Rafael Benitez  had the likes of Ryan Babel, Damien Plessis, David Ngog and Philipe Degen to call upon, Jurgen Klopp's bench has the likes of Nathaniel Clyne, Xherdan Shaqiri, Adam Lallana and Daniel Sturridge waiting in the wings.

But what do the fans think? Predictably they think that Moyes is full of shite, at least judging by the majority of replies to his video on Twitter:

Well you can see why Moyes has never been a top manager pic.twitter.com/dH89Bz2iCd

This Cockwomble paid £20million for N’Dong and Djilobodji. It’s safe to say if he thinks Liverpool aren’t ready to win the Premier League then exactly the opposite will happen

How can you take this man seriously

There is a reason this deluded tool is unemployed

That's why he ain't in a job with any team. His judgement is SHITE...

But despite this, perhaps Moyes has a point in that the 2008/09 Liverpool side, who only lost two games all season, might just come out on top against the current crop of talent. Maybe.

Football
8 hours ago
By Balls Team
Klopp Admits Liverpool ‘Lost The Plot’ Before Thrilling Comeback Win Over AC Milan
Football
19 hours ago
By Eoin Harrington
Liverpool And Man City Come Out On Top In Champions League Thrillers
Football
1 day ago
By Jonathan Browne
Liverpool FIFA 22 Ratings: Downgrades All Over The Shop
Popular on Balls
GAA
23 hours ago
By PJ Browne
Meyler And Morgan Open Up About Tyrone Covid-19 Troubles
GAA
11 hours ago
By PJ Browne
Patrice Evra And Jamie Redknapp Visit Kerry For 'League Of Their Own'