Football
May 9, 2021
By Gary Connaughton

For much of this afternoon's clash against Manchester United, it looked as though Aston Villa were on course to earn a rare victory over Ole Gunnar Solskjaer's side.

They were on top for much of the opening half, with Bertrand Traore's strike giving them the lead. However, the game would turn on a penalty decision early in the second period.

Paul Pogba went down after a challenge from Douglas Luiz, with Bruno Fernandes converting the resulting spot kick.

Bruno Fernandes slots from the spot after a silly challenge from Douglas Luiz. Game on!

The visitors seized the initiative from this point, scoring two more goals to secure the victory.

Aston Villa's day got even worse late on after Ollie Watkins was sent off when he received a second yellow card for diving in the United penalty area.

Villa boss Dean Smith certainly wasn't too pleased with the officials after the game. Manchester United have gotten some very soft penalty decisions against his side in recent times and he felt this was the case once again today.

He labelled the decision to hand United a penalty as 'pathetic' and also questioned how the referee could have been certain that there was no contact when he issued Watkins with the yellow card for diving.

🗣"It looked a pathetic decision to me."

Aston Villa boss Dean Smith was not sure whether Manchester United should have had a penalty following Raheem Sterling not being awarded one for Manchester City last night and Ollie Watkins being sent off for a dive pic.twitter.com/o2wWH3r9wZ

I have no idea, I don't think anybody knows at the moment. Everybody is confused that last night Raheem Sterling can go through and have four or five touches on his backside, go down, and not get a penalty when you've got people at Stockley Park watching it again.

Then you've got one touch and they go down, and it is a penalty. I think the whole of the football world is confused at the moment.

It looked a pathetic decision to me. Was that enough for him to go down? No, but he goes down. It was similar to Old Trafford and similar to last season here, I said that before the game.

Ollie Watkins has gotten sent off at the end for a second yellow when there's no way the referee can tell me that he's convinced he hasn't been touched, nobody knows if he's been touched apart from the two players.

I just don't understand the decision making of the officials at the moment and more importantly Stockley Park when they're actually looking at it slowly. 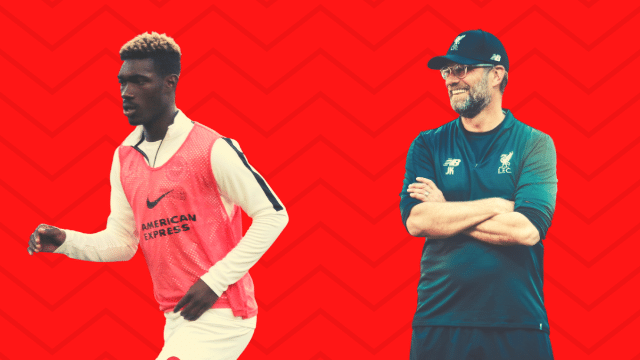