Declan Rice Addresses His 'UP THE RA' Comments From 2015

Ireland's Young Player of the Year and proud Englishman Declan Rice has issued a statement addressing comments he made on Instagram in 2015. The comment was made on a post from former Ireland underage teammate Tyreke Wilson and read 'UP THE RA', as well as mentioning that he hoped Ireland would be paired with England in an upcoming draw.

He also commented on another one of Wilson's posts with the hashtag #upthera. 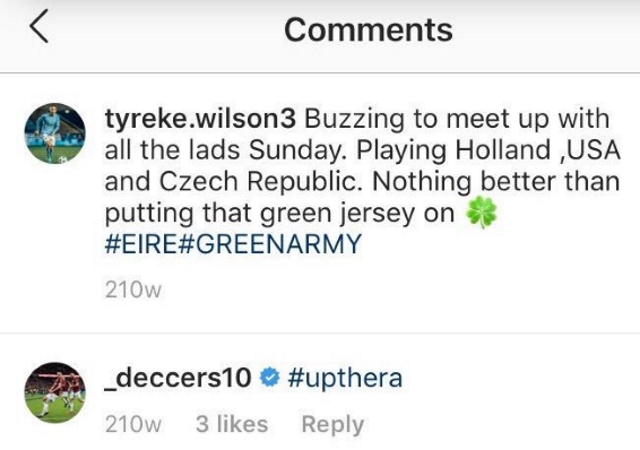 How times have changed. Rice has today addressed the comments on Instagram, expressing regret about his choice of words at the time.

I am aware that a poorly-expressed comment I made when I was a junior player has been circulated on social media. I recognise now that my attempt to show support for my team-mates at the time could be negatively interpreted.

While my naive words were not meant to be a political opinion and do not represent who I am, I sincerely apologise for any offence caused.

This hardly could have come at a worse time for Rice, who joined up with the England senior squad for the first time earlier this week. This is his first involvement with the nation of his birth, having represented the Republic of Ireland at every level from u16 onwards.

He has indicated this week that he is keen to forget his past in a green jersey, but incidents such as this will provide a reminder that it is not so easy to erase history.

Hurling
16 hours ago
By Mark Farrelly
Quiz: Match The County Hurling Star To Their Club
6