Declan Rice says that his decision to switch international allegiance from Ireland to England was made while watching the 2018 World Cup at a fanzone in Dubai. "It was done then," the 22-year-old.

The West Ham player had made his Ireland senior debut just three months earlier against Turkey, and he went on to win two more caps against France and USA. The latter two came just weeks before the World Cup in Russia.

Though it seems the midfielder had already made up his mind, the saga about whom he would represent long-term rumbled on until the following year. Rice officially made the switch in February 2019, and made his England debut the next month.

"Honestly, the World Cup was buzzing," said Rice ahead of England's opening game of the European Championships against Croatia.

"I remember watching the Panama game, the Tunisia game, Sweden game. It was incredible.

"The singing before the game, the national anthem. Just being a part of it. I was a fan for that tournament so to be part of this tournament is unbelievable.

"Obviously growing up watching England in tournaments as well, you just feel the proper buzz, the effects and the desire of the country for the players to do well.

"It was like that, even in Dubai. There were thousands of English fans. You see when (Kieran) Trippier scored, all the fanzones in England going crazy. That’s what I want to be a part of now.

"I just can’t wait to experience this and just get the real buzz and excitement of the tournament."

Rice also revealed that he was not one of those launching pints of beer into the air in celebration as England reached the World Cup semi-finals. That's mainly because he's never had a pint.

"Never had a pint. Don’t drink it.

"Not really (a drinker). But a pint? No. I know it is off topic but I have never had a beer. People get surprised. I just don’t like the smell of it so I have never gone near it." 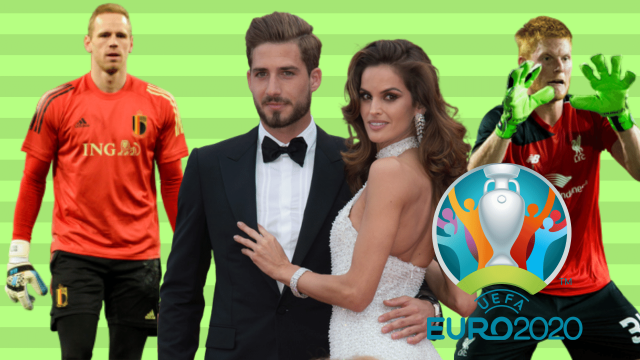 Gaming
5 days ago
By Jonathan Byrne
Rice And Grealish Ignore The Awkward Reality Of Their Old FIFA Cards
Football
1 week ago
By Eoin Harrington
Roy Keane Thinks Declan Rice Is The Answer To Man United's Problems
Football
3 months ago
By Gary Connaughton
Manchester United Legend Urges Club To Avoid Delcan Rice Transfer This Summer
Popular on Balls
GAA
22 hours ago
By PJ Browne
In Pictures: 14 Of The Best Shots From The Weekend's Club GAA Action
Football
21 hours ago
By Gary Connaughton
Graeme Souness & Gary Neville Have Heated Debate Over Cause Of Spurs' Issues
31