Southgate Addresses The Elephant In The Room Ahead Of Ireland Game

While a fixture featuring the Republic of Ireland and England rarely needs subplots to add an extra bit of anticipation, Thursday's meeting does have an extra element of spice.

Declan Rice, Jack Grealish, and Michael Keane have all been included in the England squad for the game in Wembley, three players who have represented Ireland in the past.

The inclusion of Rice especially has caught the attention of Ireland supporters, with the West Ham midfielder having won three Ireland caps at senior level before switching his international allegiances.

It will be interesting to see what reaction he receives from members of the Irish squad should he feature in the game, but England manager Gareth Southgate said it hasn't really been part of his thoughts.

Speaking on his squad, he said that these situations are common in international football, although he did admit that playing the game in an empty stadium could benefit the likes of Rice and Grealish.

But I can't think too much about that. We're obviously playing in an empty stadium which makes things a little bit different but I understand the interest in these players.

We've got a lot of these situations. We played Wales last month and they had a couple of players who were with us as youngsters: Tyler Roberts and Ethan Ampadu. We didn't want to lose them.

I think everybody is facing these challenges with dual nationality players and we've always got to get the balance right of not capping them too early, just to stop them going somewhere else - we want to be fair to them so they can have a career.

But I think the three boys we have with us, they look as if they can have good international careers with us and we're just focusing on that part of it, really.

We imagine Rice might be glad of the lack of Irish supporters at the game.

SEE ALSO: Quiz: Can You Identify The Pixelated Ireland Player? 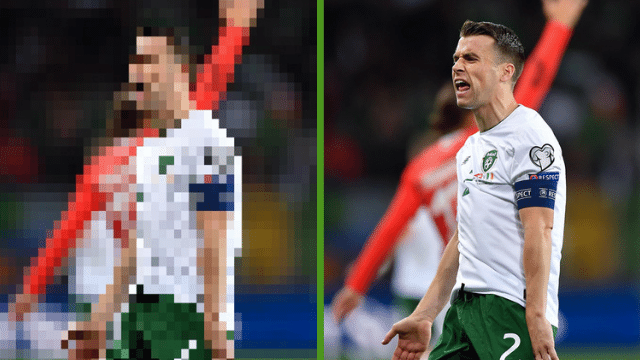