It's the saga that just keeps rumbling on. Declan Rice was in the news again today as the confusion surrounding whether the midfielder will declare for England or Ireland intensified.

Here is a timeline of everything Declan Rice related that happened today. Buckle up! 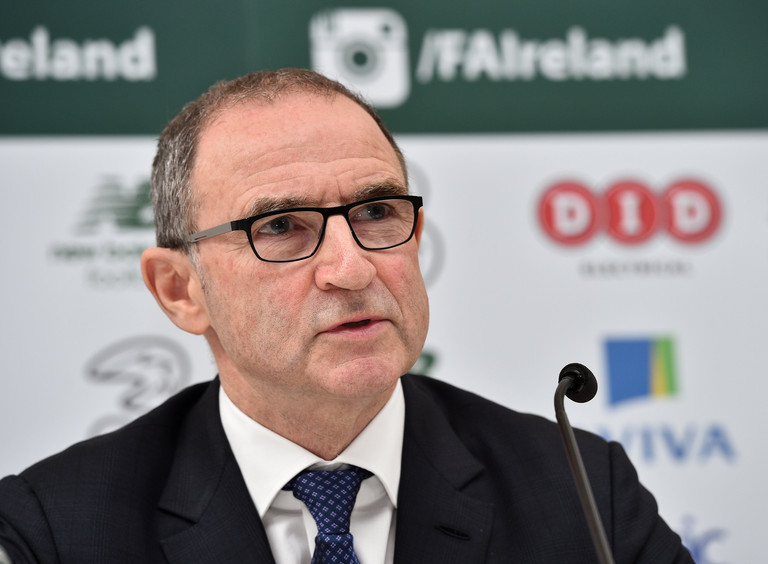 At his press conference, Martin O'Neill confirms that he has spoken to Declan and his family and remains hopeful he will declare for the Republic:

I've spoken to Declan and the family. They want a little more time to make his mind up. He hasn't chosen anyone yet. I am hopeful.

Martin O'Neill said he remains hopeful on Declan Rice playing for @faireland and no decision has yet been made, but Sky Sports are now reporting he has chosen England.

Sky Sources claim that Declan Rice has decided to declare for England and has begun the process of getting papers ready to switch allegiance.

My understanding is that Declan Rice is trying to avoid playing competitively for Ireland so that he can transfer his registration to be eligible to play for England.

Plans are already in place according to my sources to put the paperwork in with FIFA to transfer Declan Rice's registration to England but that takes time. It could take a minimum of six weeks, potentially longer depending on the bureaucracy within FIFA. 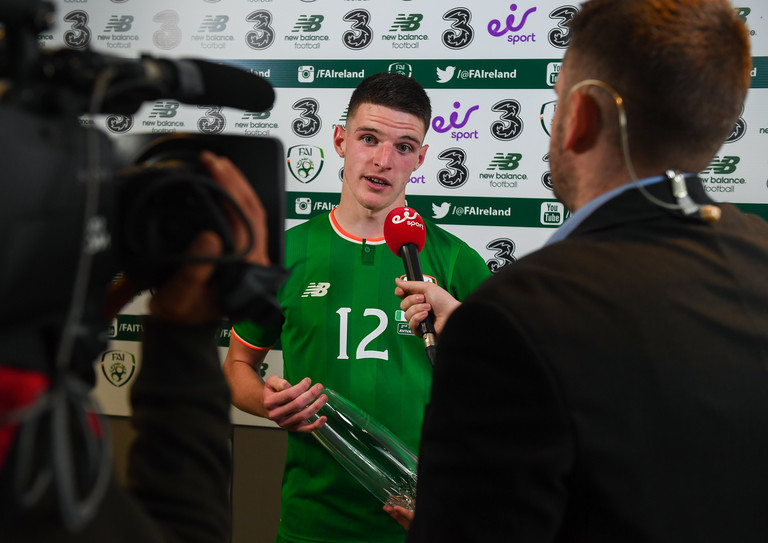 Declan Rice likes a tweet from the FAI quoting O'Neill's press conference comments about him.

In a post press conference media scrum, Martin O'Neill is told that Rice has decided to declare for the country of his birth.

O'Neill then tells reporters that FAI communications manager Gareth Maher has told him that Sky Sports report is inaccurate:

Gareth told me it's inaccurate and that Sky are going to change it.

O'Neill then confronted Sky Sports reporter Guy Havord, who was in attendance at the press conference:

Martin O'Neill: Young man, you're in contact with your group, you should know.

Guy Havord: I knew nothing about it.

MON: Did you not? You didn't know anything about it? Oh, remarkable. I thought you were running the show.

GH: I got an email at about 11:47am. So, 15 minutes after you finished the press conference.

MON: What has been said, then?

GH: What has been said is that papers have been prepared.

MON: Where is this coming from? From the FA?

GH: I don't know where they're coming from. Our reports are Rob Dorsett's.

MON: You'll understand then that until you get the story, then I can't really comment on it, you know. All I can do is reiterate what I said in there.

West Ham manager Manuel Pellegrini is asked at his pre-Brighton press conference whether Rice has come to him for counsel in regards to his international future. Pellegrini states the 19-year-old needs more time to make his decision:

I am always talking with all the players, Declan also.

He is a young player and we need to give him time to make a difficult decision. We must not pressure him about which country he will play for. He needs time.

He can be a top player. He is learning a lot and always listening and asking what he can improve. He is very young but has a huge future.

Sky Sports amend their Declan Rice article, taking out the part where it stated he rejected a call-up from Martin O'Neill.