The Greatness Of Denis Irwin, In The Words Of His Friends And Teammates

Denis Irwin, Ireland and Manchester United’s perennial 8/10 performer, the epitome of consistency, and a player and person who is remembered with unanimous affection by his peers.

Arguably the most skilful defender to ever play for Ireland (besides maybe Paul McGrath), he was deployed mainly at left back but was two footed and equally adept on the right, all the while being a specialist free-kick and penalty taker.

Born and raised in the unofficial capital of Ireland Cork City, Irwin played his underage football with Cork club Everton. He began his career in England at Leeds United before moving to Oldham, and then onto Manchester United in 1990.

He finished his United career with an impressive 529 appearances and 33 goals, on one of the most successful sides in English football history. For his country he racked up 56 appearances and played in the 1994 World Cup.

To mark his 56th birthday, below are some kind words from some well-known admirers.

Ferguson purchased Irwin from Oldham for £625,000, in what would turn out to be one of his best ever signings.

We always called him Eight Out of Ten Denis. So quick and nimble: quick-brained. Never let you down. There was never any bad publicity with him.

I remember a game at Arsenal when Denis allowed Dennis Bergkamp to score late in the match, and the press said: ‘Well, you’ll be disappointed with Denis. I replied: ‘Aye, well, he’s been with me for eight or nine years and he’s never made a mistake, I think we can forgive him one.

When asked about his best ever Manchester United XI, the great manager gave astounding praise.

But honestly, I would say Denis Irwin would be the one certainty to get in the team. 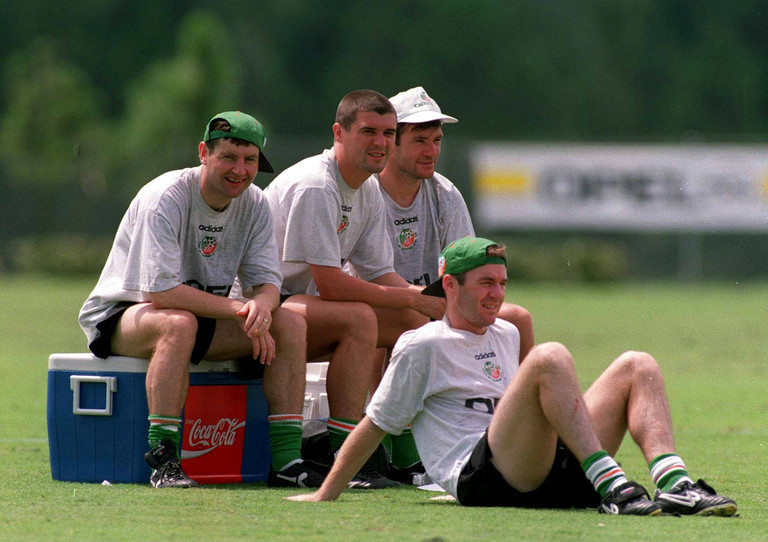 As a long time team mate and friend for both club and country, and brutal in his honesty, there is no better man to asses Irwin as a footballer.

Keane has never been shy about his admiration for Irwin and he perfectly summed him up on Sky Sports.

“You’re talking about the modern fullback. Dennis could play at left back, right back, could score a goal, good at set-pieces, very rarely injured, good personality”.

Charlton, one of the greatest players to ever grace Old Trafford, continues the theme of praise for Irwin’s consistency.

“You never worried about Denis Irwin; I remember him once making a mistake, an occasion so rare, I found myself thinking, 'Really, I never thought I would see that.”

🗣 "I’ve really enjoyed coming here, spending time with the kids, while hearing about the great work that the Foundation does with them."

🎥 Find out more about Denis Irwin's visit to @academy_central in Carlisle to celebrate our partnership 🤝 #MUFC | @ManUtd 🔴 pic.twitter.com/NvS1jjOS48

The under-fire United boss had similar things to say when picking his all-time United XI.

“You never got a bad game out of Dennis. He always scored penalties …. A fantastic professional.”

This fantastic quote from Liverpool legend and ex-BBC pundit Alan Hansen can be found popping up on various articles online, but where it originated from is harder to source.

“In any team of the decade, the full-back slots are nailed down. Irwin at right back and Irwin at left back.” 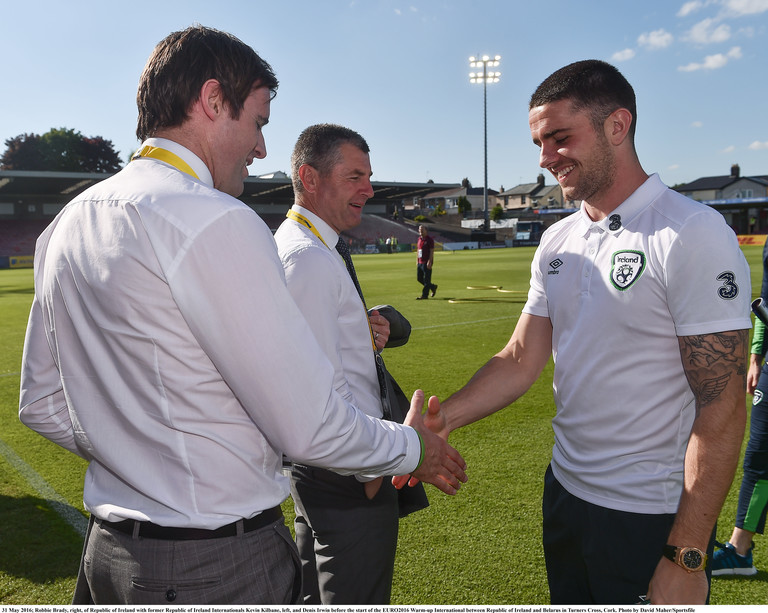 Irish stalwart, Kilbane, provides words that show just why Irwin is often seen as underrated by the masses.

“Denis is the best full back I’ve ever played with – the best of a generation in that position.”

In his book, Jack Charlton’s American World Cup Diary, the legendary Irish manager provides a fascinating look at the early years of Dennis’ career in England.

Ironically, there was a time when my old mate at Leeds United, Billy Bremner, didn’t think much of Irwin. That was during Billy’s term as manager at Elland Road. At the end of the 1988/89 season, he allowed him to leave on a free transfer.

That kind of thing can break a young player; but in Denis’s case, it merely provided him with one more reason to succeed in English football. He was lucky, perhaps, inasmuch that Joe Royle, the manager of Oldham Athletic, came in for him almost immediately and what a shrewd signing that turned out to be.

Whereas he had seldom got the chance of putting a lot of games back to back at Leeds, Oldham provided him with first-team status almost immediately, and how Denis reacted to that situation! He simply got better and better under Joe Royle’s tutorship, and by the time he left for United, there were few better full-backs in England.

In an RTÉ documentary on Irwin, Keane, a former teammate of Irwin’s on their Everton schoolboy side, gives an interesting and unseen side to the Cork man. 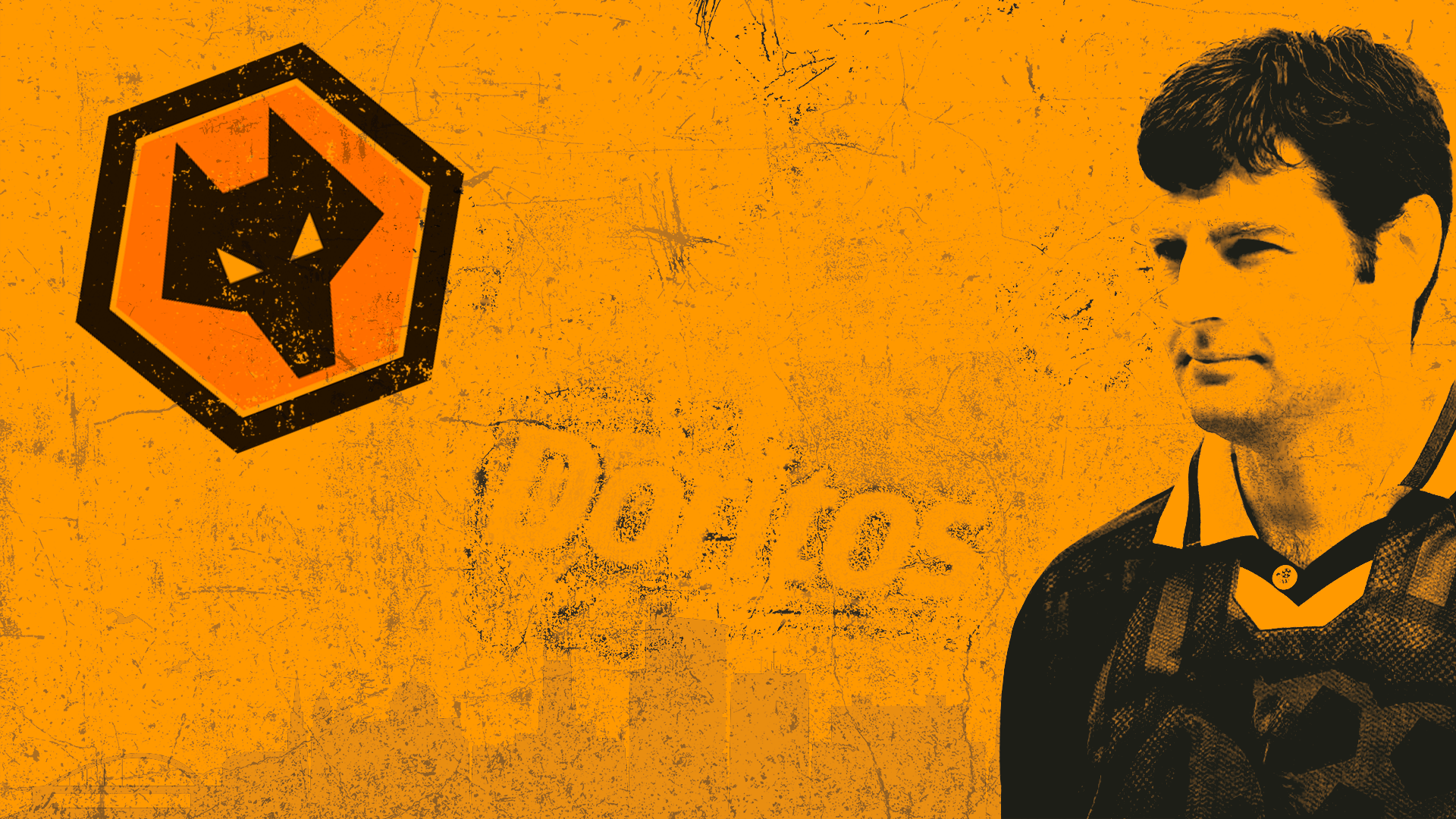 Football
2 months ago
By Colman Stanley
Denis Irwin's Wanderer Years: An Irish Legend's Graceful Swansong
Football
6 months ago
By Gary Connaughton
Denis Irwin Has Been Full Of Praise For One England Star
Football
7 months ago
By Michael McCarthy
The 25 Best Irish Players Of The Premier League Era
Previous Next

Football
2 months ago
By Colman Stanley
Denis Irwin's Wanderer Years: An Irish Legend's Graceful Swansong
Football
6 months ago
By Gary Connaughton
Denis Irwin Has Been Full Of Praise For One England Star
Football
7 months ago
By Michael McCarthy
The 25 Best Irish Players Of The Premier League Era
Popular on Balls
The Rewind
1 day ago
By Eoin Harrington
Watch: Brilliant Line Of Duty Edit Sums Up Boris Johnson COVID Party Farce
30