Denis Irwin Has Been Full Of Praise For One England Star

Denis Irwin is more qualified that most when it comes to discussing the art of playing at fullback.

The Irishman is one of the most underrated players of the Premier League era, starring at both left and right back during his time at Manchester United.

He had everything you needed to play in that position, but in an attacking and defensive sense. Irwin would certainly have thrived in the modern era where many teams build their sides around their fullbacks.

The Cork native is also a big fan of one current Manchester United player.

Speaking to the club's official website, he said he has been thoroughly impressed with Luke Shaw's performances for England at Euro 2020.

He's been brilliant as we've seen this season.

I think he was in with Bruno [Fernandes] for Player of the Year. Bruno got it, as you would expect with the contribution he made, but I think Luke has had a fantastic year and has brought that confidence into the Euros.

I know he didn't play in the first game [against Croatia], but he had a huge impact the other night [against Germany], particularly in the second half where he was involved in the two goals.

Him and Harry [Maguire] have done really, really well. England have not conceded a goal yet, the keeper looks strong, and I thought the other night, besides the [Thomas] Muller chance, there weren't many chances given up.

And they've looked very solid, England, and Luke and Harry have been a big part of that...

It's been well documented, his ups and down at United. The injuries he had and the way he's had to come back from that.

The challenges he had in the full-back department, of Brandon [Williams] coming in and then [Alex] Telles coming and challenging him, which spurred him on.

But you can see he's playing with bagfuls of confidence – he's great going forward. And it's great to see the two of them [Maguire and Shaw] doing very well.

Shaw had struggled somewhat prior to this season, with United bringing in Alex Telles last summer to challenge for the left back spot.

That only seemed to raise the Englishman's game, however, with Shaw putting in a number of starring performances since. That includes the win over Germany earlier this week, where the 25-year old provided the assist for Raheem Sterling's opener. 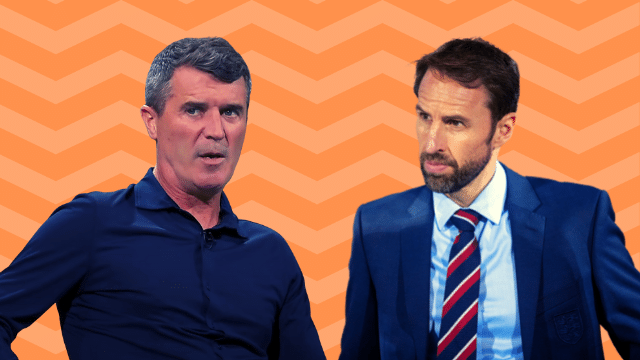