When Christian Eriksen collapsed just before half-time during Denmark's EURO 2020 game with Finland on Saturday, it looked as though the game would be called off. Incredibly, the rest of the players returned an hour and a half later to pick up from where they had left off, and Denmark manager Kasper Hjulmand explained how the decision to restart was made.

The Danish players were understandably shaken, and it was hard to fathom how they had managed to will themselves to take to the field again.

Hjulmand revealed in the post-match press conference that it was UEFA who dictated whether the game would be finished, as they gave the players the option either to finish the game on Saturday night or to return on Sunday afternoon.

We had two options to play the game [today] or tomorrow at 12pm and everyone agreed to play today. You can't play a game with such feelings. We tried to win. It was incredible they managed to go out and try to play the second half.

It was more confusing to have to start the bus tomorrow. It was more unimaginable than going in now and putting it behind us.

Denmark head coach Kasper Hjulmand: "We had two options to play the game [today] or tomorrow at 12pm and everyone agreed to play today. You can't play a game with such feelings. We tried to win. It was incredible they managed to go out and try to play the second half."

The lack of compassion from UEFA is shocking. Having watched their teammate receiving CPR on the pitch mere moments earlier, the Danish players were presented with only two options - both of which involved finishing the game in the following 24 hours.

The mood among the football community was one of shock, with many fans struggling to focus on the remaining football during the evening, so it's hard to imagine how the Denmark players themselves managed to get themselves in the mindframe to restart the game.

Hjulmand detailed how shaken many of his players were by the incident.

It was a really tough evening, on which we've all been reminded what the most important things in life are. It's meaningful relationships. It's those people who are close to us. It's family & friends.

It's a tough night. Everything, everything, everything - all thoughts are with Christian and the family. There are players in there who are completely emotionally finished. Players who by far most days could not play this match. They hold each other. It was a traumatic experience.

These are top athletes. Immediately they thought of Christian's family.

No matter where such a thing happens, there will be an opportunity for crisis help. We're trying to pick it up now and get it handled as well as we can. We have professionals with us. We try to process it and move on together.

Denmark coach Kasper Hjulmand (in tears at the post-match news conference): "It was a really tough evening, on which we've all been reminded what the most important things in life are. It's meaningful relationships. It's those people who are close to us. It's family & friends."

Eriksen's teammate Simon Kjaer was one of the first on the scene when the Inter Milan midfielder collapsed, and Hjulmand said the emotional load of the evening was simply too much for Kjaer, who was ultimately substituted shortly after the game restarted.

Simon was deeply, deeply touched. Deeply touched. He was in doubt whether he could continue and gave it a shot. But it could not be done. And that is fully understandable. I can not at all… I have a hard time imagining having to play a football game myself, but that was because the emotions were overwhelming. They are really, really good friends.

The Denmark team's ability to restart the game, regardless of the result, is a testament to their character, and they've certainly earned plenty of plaudits today for their strength.

The leadership shown by Kasper Schmeichel today won't be forgotten. Unbelievable from him in the most horrible situation you could imagine 👏 pic.twitter.com/T028MWOYeZ

Hjulmand's comments show how tough the entire day was for Denmark - and UEFA's stance did nothing to make the day any easier. Fans the world over will be relieved to hear that Eriksen's condition is stable, but his teammates will likely be delighted that a nightmarish day is finally over.

SEE ALSO: Broadcasters Had To Do Better In Dealing With Christian Eriksen Incident 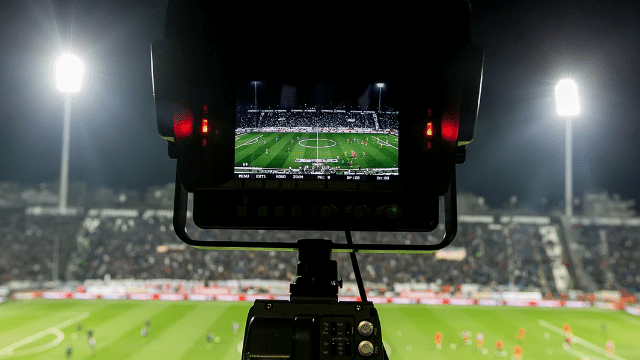