Football
May 8, 2021
By Gary Connaughton

Wayne Rooney's Derby County have avoided relegation from the Championship by the skin of their teeth this afternoon, and they have a late intervention from Mick McCarthy to thank for it.

Their home game against Sheffield Wednesday was certainly a dramatic one. That was always likely to be the case, with both sides scrapping to stay in the division on the final day. A win would guarantee Derby's safety, while a draw would also be enough if Rotherham failed to win at Cardiff City.

The visitors took a 1-0 lead into the interval thanks to a scrappy goal from Sam Hutchinson, although two quick strikes early in the second half gave them the lead that would have been enough to secure Championship safety had they managed to hang on.

Sam Hutchinson bundles it over the line right on the stroke of half-time. What an important goal that could be!

Derby score two in four minutes and they now lead! What a finish from Patrick Roberts ⚽️

However, Wayne Rooney would opt to substitute Ireland midfielder Jason Knight on the hour mark. It was a strange call, especially when you consider that the 20-year old's energy is exactly the type of thing that would be required in this fixture.

Derby would concede a goal only 90 seconds later, with Sheffield Wednesday the retaking the lead.

Martin Waghorn's penalty in the 78th minute gave them hope that they could yet pull off a great escape, but they were still relegated as things stood thanks to Rotherham's lead at Cardiff.

Extraordinary stuff here! Waghorn levels again for Derby, via the spot. Meanwhile Cardiff have equalised against Rotherham. It's chaos!

To everyone's surprise, some good news soon beginning to filter through from Cardiff. Mick McCarthy's side had equalised against Rotherham in the 89th minute, meaning Derby had moved up to 21st place in the table.

In the end, it was enough for them to stay in the division by a single point.

It should be an interesting summer ahead for Derby. They are in the midst of a takeover, one that could provide them with the funds to improve for next season.

On the other hand, some key players, such as Jason Knight, are likely to be pursued by clubs a big higher up the footballing pyramid.

For now, Wayne Rooney has done the job that was asked of him.

SEE ALSO: 7 Irish Players That Need A Move This Summer 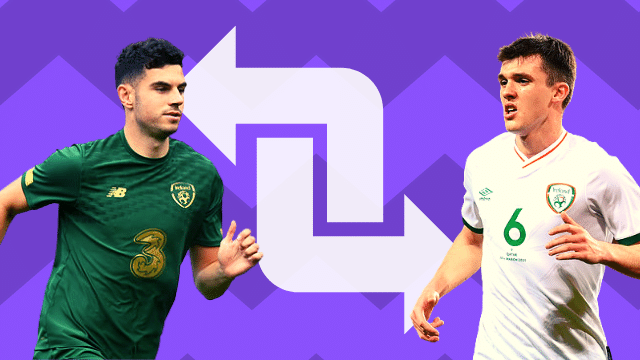