Across the seventy-six pages of accounts eventually published by the FAI yesterday for 2018 and a revised 2017, there was only a paltry three mentions of John Delaney on those pages.

The devil, however, is in the detail. And there is no question that the former CEO bears substantial responsibility for the hell which the FAI currently finds itself in.

When Paul Cooke, the new executive lead of the FAI was asked is this rock bottom, the grimace on his face said as much as his brief reply: "I think so." 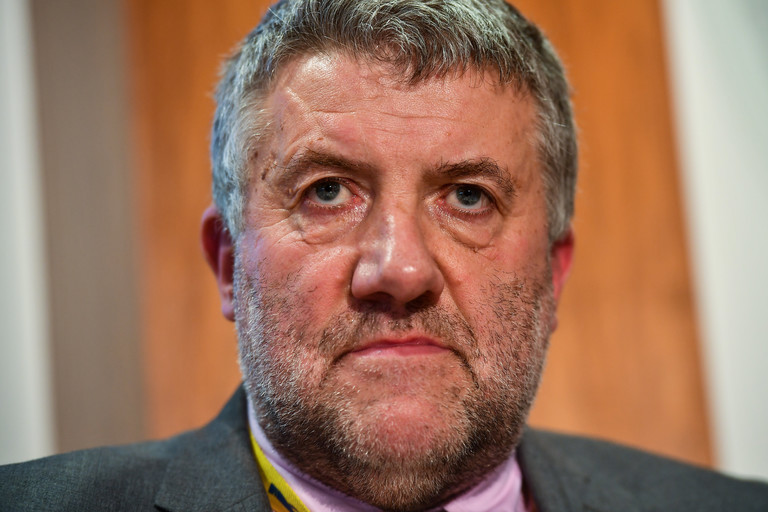 A week that saw Donal Conway announce his intention to step down as president and Three Ireland reveal they were not renewing their sponsorship culminated in an extraordinary press conference on Friday. The organisation has current net liabilities of over €55 million and may not be able to continue as a going concern.

It was also revealed that John Delaney's severance package came to €462,000, including a pension payment.

Conway, who sat on the board for almost the entire duration of Delaney's time in charge, maintained he was kept in the dark during that stint: "I didn't have full knowledge of what happened, that is the position I was in," he explained.

As for regrets, the former school teacher did reference "the collective failure of a board that I was a part," as one. 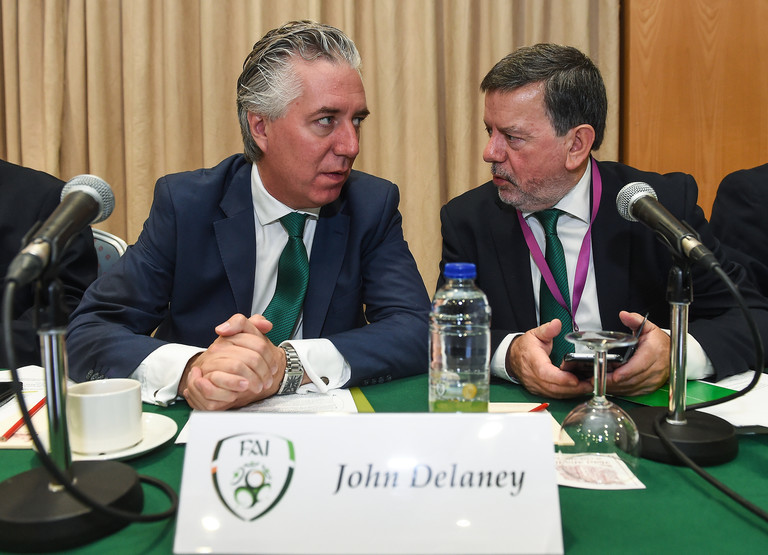 The 2019 accounts were due to be presented at the FAI AGM in July of this year, but that was adjourned when they were not made available. This was the first time in the history of the association that accounts were not available at the AGM.

Paul Cooke confirmed this had not been disclosed before and pointed to the FAI's promise of a new dawn as to why it was detailed now.

"Full transparency. That was an investment. A donation if you like, not a loan."

This was a part of a group of donations which Cooke said was approximately a total of €650,000. Clearly, some people were conscious of the association's financial position 12 months ago. However, Conway maintained the board were not kept informed during this.

That was, as I understand, the €50,000 described as an investment in football. I wasn't sure it was of the scale of €600,000 or whatever between a whole series of investors. I wasn't familiar with the investments, simply.

We (the board) weren't told there was an investment by John Delaney of €50,000 in the FAI. I said I was not speaking about John Delaney in this context but most of my understanding of payments by John were reimbursements against nonbusiness expenses.

This plea of ignorance is becoming a familiar one in this saga. An unquestioning inner circle and fawning Minster of Sport allowed the former CEO to go on as long as he did. It is worth remembering on the 30 November 2018, Shane Ross hailed the work being down by the association.

The results of what the FAI were doing are only now becoming apparent. 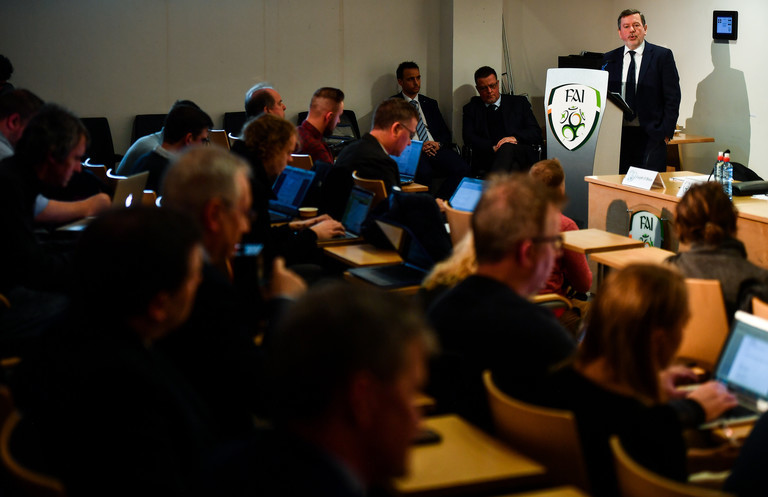 The FAI is set for further change as Cooke confirmed "there will be consequences" for the company's staff. This is the same staff who were handed reductions in salary of between 10% and 15% as far back as 2012 which were initially sold as temporary.

As for John Delaney, there are still contractual matters that are subject to investigation and Conway explained he is trusting in that process to ensure his role in a regime that saw Irish football brought to its knees will be fully understood.

SEE ALSO: Donal Conway Set To Step Down As President Of The FAI

Football
4 months ago
By Donny Mahoney
'Do The FAI Take Us For Morons?': Remembering The Week Steve Staunton Became The Gaffer
Football
1 year ago
By Michael McCarthy
We Can't Keep Blaming Managers. We Have Much Bigger Problems
Football
1 year ago
By Donny Mahoney
After The Fall Of John Delaney: An Interview With Mark Tighe
Popular on Balls
Rugby
1 day ago
By Colman Stanley
'I Think Munster Softened Them Up For Us': Sexton Not Carried Away After Clincial Leinster Win
GAA
2 days ago
By PJ Browne
Mayo's Padraig O'Hora Using Football To Promote His Real Passion
Rugby
16 hours ago
By Colman Stanley
'That Pace, That Intensity, That Organisation' All Black Legend Has High Praise For Leinster
The Rewind
1 day ago
By Eoin Harrington
Watch: Brilliant Dermot Morgan Dublin Segment From 'The Travel Show' Resurfaces