It wasn't exactly the most entertaining of games, but England have earned a very big win over Germany at Wembley Stadium.

In a 90 minutes featuring very few chances, England took the only two chances that fell their way in the second half. On the other hand, Thomas Muller squandered Germany's chance to get the game back on level terms.

Gareth Southgate's side will certainly fancy their chances of making a deep run in this tournament, with a quarter-final against Sweden or Ukraine and a potential semi-final against Denmark or the Czech Republic on the cards.

On the other hand, Germany will now have to regroup under a new manager with Joachim Low set to stand down from the post he has held since 2006.

Many people had questioned some of his decisions over the last couple of years, most notably excluding Thomas Muller and Mats Hummels from national team selection after the 2018 World Cup. Those players would then be recalled for this tournament.

Speaking on RTÉ after the game, Didi Hamann said that Germany had wasted three years of development by keeping Low in the role after their poor performance at that tournament in Russia.

Joachim Low has done well for German football, he has been at the helm for 15 years and won the World Cup in 2014. But I think the last three years were wasted with that extension of his contract before the World Cup.

It was a wasted three years...

Hopefully things will change and people will get that feeling again that the national team counts for a lot and everybody wants them to do well.

The damage has done in leaving Muller, Hummels, and Boateng out two years ago is far greater than what we've seen today.

[The public turned on Low for that] because nobody understood, there was no reason to do it. They were playing in the Bundesliga, Hummels and Boateng were two of the best centre backs in the league that season and Muller got 15 goals and ten or 12 assists.

There was no reason to do it. It took away the chance to form a unit and team that could challenge in the Euros.

Then you could tell six or eight months ago that we needed them because the young players he wanted to promote just weren't up to it. They didn't improve as much as he thought they would.

He should have taken them back six, eight, ten months ago, then they would have had more games to get used to each other. Obviously it's too late now.

Damien Duff says the draw has opened up now for England and "football could well be coming home" after their 2-0 win over Germany. Didi Hamann and Richie Sadlier agree the better team won.#ENGGER #EURO2020 #RTEsoccer #ENG #GER pic.twitter.com/z5XtZ0oNFj

Low led the side to the World Cup in 2014 and a number of other excellent major tournament showings, but his reputation in his home country is nowhere near as strong as it once was.

New boss Hansi Flick will have something of a rebuilding job on his hands, with the World Cup in Qatar also only 18 months away.

Hamann believes that Low's once sparkling reputation has been irreversibly tarnished by his failings over the last few years.

It will be interesting to see what the reaction is tomorrow in the German press, because I think the last three years have more than tarnished the ten years before...

The best players should play. If they don't want to play anymore, they will tell the manager. That wasn't the case in the last two years. He did a lot more damage to the national team than what we saw.

It is more than tarnished. When he goes people won't about all the fantastic moments he brought to football in Germany, they will talk about the last three or four years.

There was a lot of things going on in the last few years. The team selection in players he has picked or not picked, he brought Sane and Musiala on today with two minutes to go.

A lot of the decisions, people couldn't grasp why he was doing it. He lost the German public a long time ago. It has tarnished his reputation.

We have had a fantastic team for ten years. He has been to six or seven semi-finals, maybe we should have gotten to one or two more finals.

These are the questions people are asking now.

Perhaps a tad harsh, but such are the standards they hold in German football.

Today's loss certainly won't be a welcome one.

SEE ALSO: Mourinho Believes France Bringing On One Of His Ex-Players Was Huge Error 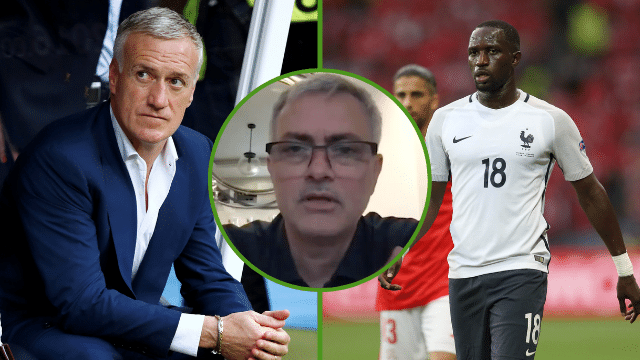 Football
1 week ago
By Jonathan Byrne
90 Arrests Made By Police For England Fan Behaviour At Euro 2020
Football
4 weeks ago
By Conor Breslin
Bonucci Says Declan Rice Comments Gave Italy Extra Inspiration
Football
2 months ago
By Eoin Harrington
How To Get ITV In Ireland For Live Sport Coverage
Popular on Balls
Football
9 hours ago
By Eoin Harrington
John O'Shea Explains How He Ended Up In Goal For Manchester United In 2007
GAA
15 hours ago
By PJ Browne
Three Live Club Football And Hurling Games On TV This Weekend
GAA
11 hours ago
By PJ Browne
Incredible Penalty Halts Premature Celebrations In Galway
GAA
12 hours ago
By Maurice Brosnan
'Bad Coaching. I Think That Is A Big Problem In The GAA'