Not many people held out much hope for Ukraine against England tonight. Most thought they would do a bit better than the 4-0 hammering that they were subjected to.

After a patchy first half performance, Gareth Southgate's side have strolled into the semi-finals of Euro 2020 after a glut of goals after halftime.

Ukraine offered very little in the way of resistance, allowing England to score a number of goals unmarked at set-pieces.

The hype machine across the Irish Sea will now be going into overdrive, with England set to face Denmark in a semi-final at Wembley on Wednesday evening.

Playing in front of a home crowd will be a boost, but it could also bring some added pressure. It remains to be seen if every player will be able to deal with that.

Didi Hamann believes that one players could potentially struggle.

Jordan Pickford has put it some strong performances in this tournament, with England also yet to concede a goal.

However, he does also have a mistake in him. There was one such example in the Ukraine game, with the goalkeeper rushing out to make a clearance outside his box only to completely miss the ball. He got away with on this occasion but that might not be the case in the semi-final or a potential final.

Speaking on RTÉ after the game, Hamann said he would be worried about Pickford's presence in the team if he were an England fan.

They did what they had to do tonight, Ukraine ran out of ideas and belief...

It's hard to pick any holes in any of England's results so far. Defensively in the first half I didn't like too much.

Pickford in the second half had a couple of (dodgy) clearances. He is immature at the best of times and I think he will be a big worry.

I think it will be a big worry for many people. He doesn't get an awful lot to do, when he had to save things in the last couple of games he did.

When the pressure gets bigger, and it will get bigger in the next round and maybe the final, as an England fan I would worry about the goalkeeper.

Pickford has been known to make frequent mistakes at club level with Everton, although he seems to avoid such incidents in an England shirt.

Denmark will certainly be hoping to test his mettle on Wednesday.

SEE ALSO: Denis Irwin Has Been Full Of Praise For One England Star 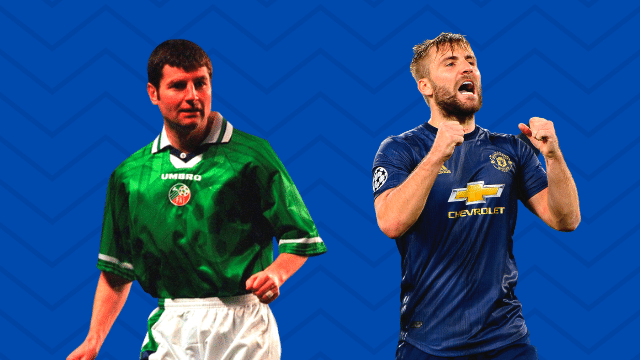