Didi Hamann has joined the chorus - started by Liverpool manager Jurgen Klopp - singing the praises of Mo Salah, as he proclaimed the Egyptian the best player in the world on Tuesday night.

Hamann appeared on RTÉ before Liverpool's trip to Atletico in the Champions League on Tuesday, and he sang Salah's praises.

Mo Salah came into Tuesday's clash between Atletico and Liverpool in flying form, after two early goal of the season contenders in successive Premier League games against Manchester City and Watford.

Ahead of the game in Madrid, former Liverpool player Didi Hamann had high praise for his former club's in-form man. Hamann, who won the 2005 Champions League with Liverpool, said that he had no doubt that Salah was the best player in the world.

I don't think there is any doubt that he is the best in the world at the moment.

The Ballon d'Or is coming up, we shouldn't forget that around February-March he had a barren spell.

But with the form he's in you've got a chance, because he guarantees you 25 goals and he's been scoring these goals for a number of year now. They compare him now to the likes of Owen, Fowler, Rush, Dalglish, all these guys - they were all centre forwards! This guys is a winger, he plays out wide!

The figures he gets year in, year out, are just remarkable.

‘I don’t think there is any doubt that he is the best in the world’ - An in-form Salah gives Liverpool every chance of winning the Champions League again, says @DietmarHamann #RTESoccer #UCL #ATMLIV
📺 Watch - https://t.co/2W5kFtUgZE
📱 Live updates - https://t.co/jXI1wvY1ZB pic.twitter.com/tCLPhL9s3o

It's hard to argue with Hamann. The Egyptian is not only the form player in the Premier League, but one of the form players in the world at the minute, and Liverpool have been able to rely on him in big moments in recent weeks.

He has contributed seven goals and four assists to Liverpool's first eight league games as they have gone undefeated thus far.

Salah continued his incredible form on Tuesday night by going on a sensational solo run to accidentally set up James Milner's opener for Liverpool.

If Mo Salah continues his run of form, the predictions from Didi Hamann that he can contend for the Ballon d'Or will not be far off.

SEE ALSO: Solskjaer Bites Back At Jamie Carragher Criticism Ahead Of Atalanta Game 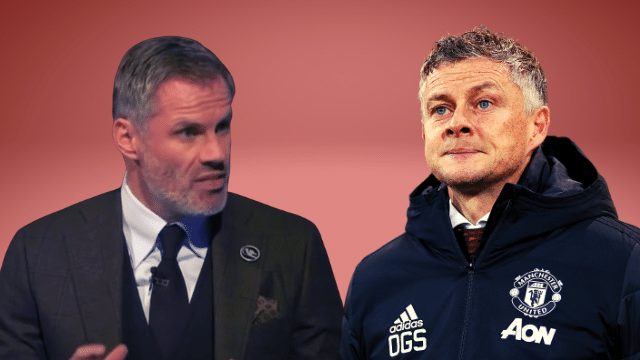