England have booked their place in the Euro 2020 final, but they have done so in hugely controversial circumstances.

Harry Kane would score the winner, but it's difficult to justify the refereeing decision that put him in a position to do so.

It was a first half that was largely dominated by the Danes, especially after the opening 15 minutes.

They would take the lead from a brilliant free-kick from Mikkel Damsgaard, although there was a sense that Jordan Pickford could have done a little bit better.

Seeing the remainder of the half out with the lead would have been a huge boost from here, but England managed to get back on level terms before the interval.

It was an own goal in the end, although Simon Kjaer had little option but to attempt to clear the ball with Raheem Sterling waiting to tap it into an empty net.

It was all England for the majority of the second half. Kasper Schmeichel pulled off a number of excellent saves to keep the Danes on level terms. Extra-time was calling.

In the end, it was the softest penalty decision you are ever likely to see that made the difference. Raheem Sterling went down under minimal contact in the box, with VAR somehow not overturning what was a highly questionable call.

Harry Kane would score the rebound from the penalty after Schmeichel's initial save.

Speaking at halftime in extra-time, Didi Hamann was fuming in the RTÉ studio.

This is a disgraceful decision. We brought VAR in exactly to stop these decisions.

There is no contact whatsoever. Sterling as soon as he puts the ball Maehle, goes down.

I think it is a disgraceful decision.

Then I thought justice was done, but the ball was just too close to Schmeichel. He wanted to keep it when he saved it and not palm it away, but it was too close to his body.

Difficult to argue with that.

Hamann continued after the game:

England prides itself on being the home of fair play and no diving...

There is no contact whatsoever. VAR was brought in to rectify these decisions and change blatant mistakes by the referee. This is as blatant of a mistake as you will see.

This is a European Championship semi-final. I feel very sorry for the Danes. There is every chance they would have got to penalties and we all thought they would have had the advantage with Schmeichel in goal.

Congratulations to England but the way they won the game is not in the spirit of the game.

If it wasn't easy enough to root against England this Sunday, this should give you some extra motivation. 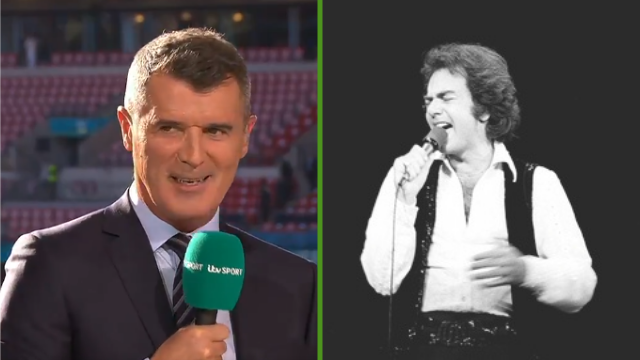 Football
1 week ago
By Jonathan Byrne
90 Arrests Made By Police For England Fan Behaviour At Euro 2020
Football
4 weeks ago
By Conor Breslin
Bonucci Says Declan Rice Comments Gave Italy Extra Inspiration
Football
2 months ago
By Eoin Harrington
How To Get ITV In Ireland For Live Sport Coverage
Popular on Balls
Football
10 hours ago
By Eoin Harrington
John O'Shea Explains How He Ended Up In Goal For Manchester United In 2007
GAA
16 hours ago
By PJ Browne
Three Live Club Football And Hurling Games On TV This Weekend
GAA
11 hours ago
By PJ Browne
Incredible Penalty Halts Premature Celebrations In Galway
GAA
13 hours ago
By Maurice Brosnan
'Bad Coaching. I Think That Is A Big Problem In The GAA'