Diego Maradona flew back from the UAE in order to meet his newborn son Diego Fernando, who was born three months ago to his former partner Veronica Ojeda. Maradona is currently an honorary sports ambassador of Dubai.

Maradona was involved in an altercation with a passenger who had been on the plane after the passenger admitted to have ordered an air hostess to offer Maradona diet pills.

After negotiating his way through a media scrum, the former World Player of The Year was trailed by paparazzi as he drove from the airport. Maradona allegedly stopped his car and got out to throw stones at the car containing the paparazzi. Maradona was also photographed kicking a journalist. 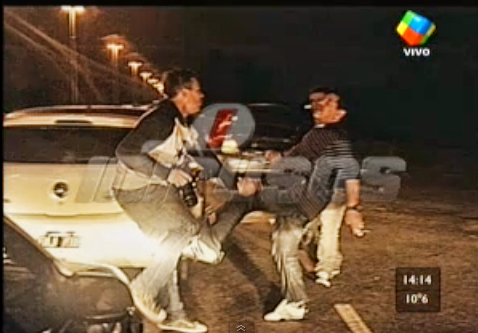 This somewhat contradicts Maradona's claim last month that he had "learnt about calm and spiritual peace" from living in Dubai.

Football
1 week ago
By Donny Mahoney
'Do The FAI Take Us For Morons?': Remembering The Week Steve Staunton Became The Gaffer
Previous Next