Over 30 Years On, Maradona Balling To 'Live Is Life' Is Still Amazing

A year ago, hte world lost Argentina's favourite son, Diego Maradona. Arguably the greatest footballer of all time, his extraordinary talents on the pitch inspired generations of adoring fans. Even now, over 30 years after his heyday, he is a hero to football fans everywhere.

Michel Platini once famously stated that the things he could do with a football, could be mirrored by Diego Maradona with an orange, such was the level of intricate talent "The Golden Boy" possessed.

He wasn't fucking about.

For anyone that hasn't before seen the famous pre-match footage from Napoli's Uefa Cup Semi Final second-leg tie with Bayern Munich at the Olympiastadion, featuring the diminutive Argentinian wizard warming up to the dulcet tones of Austrian pop rockers Opus and their hit "Live is Life", then settle in for the next few minutes.

What lies in front is a multi-sensual experience of something pure awesome.

It's over 31 years since the beat dropped over the tannoy system in Munich, sparking into life what would become one of the most recognisable warm-up routines world football has ever seen.

First came the dance, then the smile, then the brilliance as Maradona transfixed not only the cameramen but the lucky few who had made their way to the stadium early with an out of this world exhibition of keepie-uppie skills in time to the music. At least he was certainly in a world of his own.

Napoli went on to secure a 2-2 draw on the evening, progressing to a final date with another German side in the shape of Stuttgart having seen off Munich a fortnight earlier at home, 2-0.

Maradona would go on to score a penalty in a 2-1 win at the San Paolo in the final first-leg before he secured his only European club trophy with the May 17th 3-3 draw in Stuttgart. 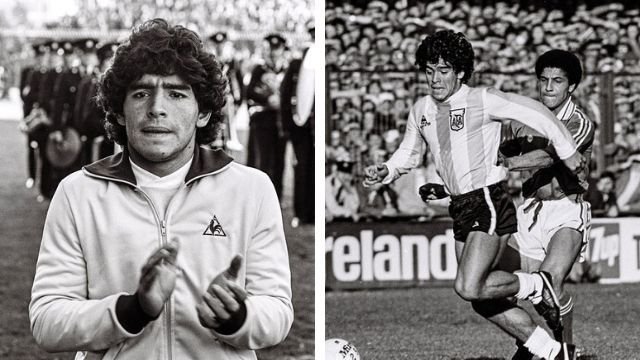