Aston Villa have been doing the business this January transfer window with the signings of Phillipe Coutinho and Lucas Digne.

New boss Steven Gerrard has been making his mark with his managerial allure to be able to bring some desirable names to Villa Park.

When Gerrard first took over at the club - Villa enjoyed a promising run of games. But Covid-19 complications and other misfortunes have left them without a win in almost a month.

It was paramount for many that they improve their squad in January as they look to continue to fill the holes of Jack Grealish's departure last summer.

Official and confirmed. Lucas Digne joins Aston Villa on a permanent move from Everton, he signed a four year and half deal. 🤝 #AVFC pic.twitter.com/FO3C09K0Sn

Lucas Digne comes to the Claret and Blue at an interesting time for both Aston Villa and Everton. Weeks of speculation seem to have gotten the better of his tenure at Goodison Park.

Having signed a contract in February until 2025, it looked like the Frenchman was committing to life in Liverpool for a few more seasons.

However, an alleged rift with manager Rafa Benitez and the subsequent name-calling that resulted in the media afterwards left his days numbered in an Everton shirt.

It was rumoured a tactical disagreement took place between Benitez and Digne, with the left-back reportedly unhappy to be playing a more defensive role.

The signing of Ukrainian international Vitaliy Mykolenko just a few days ago, who's also a left-back, seemed to be the writing on the wall.

In an Instagram post, Digne said he "did not expect it to end this way" and claimed he would not "enter a war on words with anyone" which might have proven the rumours to be true.

Aston Villa on the other hand probably deserved more than an eleventh place finish in the Premier League season and their full-backs played a key part in their improvement.

Their stalwart pairing of Matty Cash and Matt Targett looks to be getting a bit of a shakeup now with Digne a strong acquisition to move them to higher ground.

What might not sit well with Everton fans are comments made by Digne to the Aston Villa club website as his signing was unveiled:

It was the main factor. I came here for the manager.

While the comments have been spun from a sporting and tactical point of view, there will be a portion of Everton fans not exactly overjoyed to see those words.

His eagerness to reveal he jumped ship to play for a Merseyside rival is an admission that some might regard as poor taste. Nonetheless, it's the reality of the situation.

Digne continued, "I had a very good meeting with him and we spoke a couple of times during this month. I feel his desire to win, to show his football as a manager – the attacking football, the possession."

The French international has played a key role for the Toffees since his arrival in 2018. Last season, he was Everton's highest chance creator.

Injuries, disagreements and the lack of an out-and-out striker to aim at left him with a disappointing first half of this Premier League season.

See Also: Quiz: Name The Only Player From These 20 Countries To Play In The Champions League Final 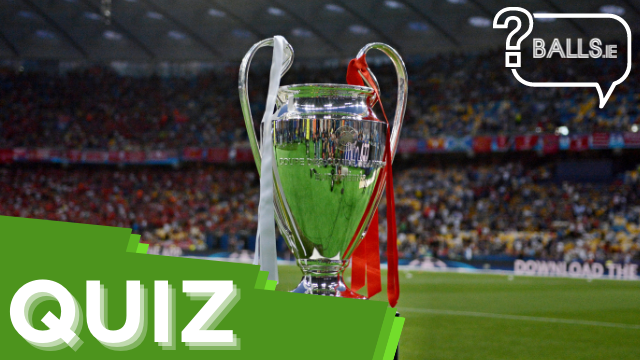