It must be admitted that many former Manchester United players find themselves in a tough position when it comes to discussing the team's struggles under Ole Gunnar Solskjaer.

The vast majority of football fans can see that the Norwegian is not good enough to take the club to the next level. That much is clear.

You can't really expect his Solskjaer's former teammates to say he should be sacked. However, completely avoiding any type of criticism of the manager is also disingenuous.

Unlike many other former United players with a voice in the media, Dimitar Berbatov has admitted Solskjaer might not be the right man for the job.

As reported by Football London, the former United striker said that the club should already be looking at potential replacements for the manager ahead of some tricky fixtures on the horizon.

Judging on the Liverpool match, Solskjaer isn't the right man to take the club forward.

That being said, we have to look at the bigger picture and there are a lot more games to come, if they don't win the next couple of matches then Ole is going to be in major trouble.

Next up for United is three tough matches: Spurs away, Atalanta away and City at home.

I obviously have a strong sentiment towards United and Solskjaer for various reasons, but I also try to be realistic and I see that if they play the same way against Spurs like they did against Liverpool then they are in trouble.

Spurs are a side that are up and down, and it is a winnable game for United, but if they lose it the following two games become even more difficult and Solskjaer isn't going to be in a position to stay at United.

If they don't beat Spurs, they are going to struggle in the next two games and the manager is going to be taking the blame.

A rare case of a former United player breaking rank.

Should their results continue to deteriorate, you'd imagine that we will see a few more go down this route in the coming weeks. 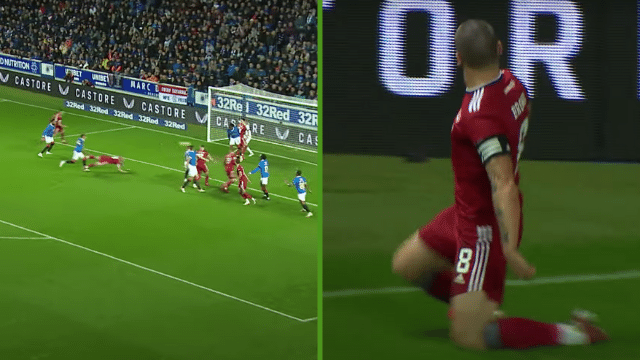