Diouf, Richie Partridge And The Slip: A 22-Year-Old Liverpool Fan Laments His Fate

On last week’s edition of The Racket, we got talking about how we ended up supporting the teams that we do. I remembered how I began supporting Liverpool, and then began questioning why I did.

The World Cup was on during school so everyone was picking a team.

My dad supported Manchester United, and they were pretty much the only team I knew. One day, the other lads in my class came into school and announced they were all Liverpool supporters, as if they had gone off and reached an agreement at some secret, unilateral summit behind the bike shed and not invited me.

I remembered hearing about Liverpool before my inaugural World Cup match: Senegal v France. The RTE commentator was speaking as the teams were in the tunnel and he mentioned El Hadji Diouf, and how he was on his way to Liverpool. That was (perhaps fittingly) my first introduction to the thing I would most often get drunk and loud about.

Weaving the brooding pre-match figure of Diouf along with the importance of fitting in with my esteemed peers in third class, I went home and once Pokemon had ended, I announced to my family that I was a Liverpool fan.

I don’t think anyone was arsed.

https://www.youtube.com/watch?v=lqGniuFzHSw
***
I imagine lying on a psychiatrist’s couch twenty years from now, trying to escape the situation where I struggle to pay my mortgage having blown my month’s wages on a League Cup tie at Anfield.

Why the hell am I so deeply involved in this thing? I’m not from Liverpool, I’m not even from England. Why don’t I go watch Longford Town more often?

I then imagine myself slowly coming to the self-realisation that this all stemmed from an adolescent rebellion.

As I became aware of the world and the abundant matrix of self-determination, this was my way of acting out. I didn’t mitch school, I didn’t throw fireworks at cattle, I didn’t sniff whiteboard markers and I didn’t drink cans in the middle of a field.

I supported a different English football team to my father.

At this point I now imagine the psychiatrist glancing down at the blank notepad sat upon his crossed legs and writing down:

"An Oedipal act led by El-Hadji Diouf and an insecurity about being accepted by his peers: Jackpot." 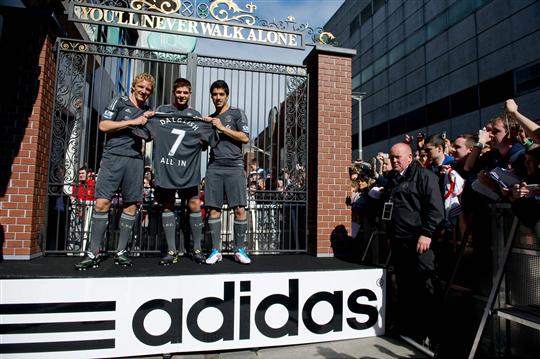 Being a Liverpool fan, and indeed any football fan, means interrogating one's self with a constant mental stream of mad, hypothetical situations. But not mad enough that we are unwilling to bargain with them:

The above is the sad denying of reality: in 2008-09 Federico Macheda played well against Aston Villa, Sunderland and Middlesbrough and then didn’t even have the decency to become a Manchester United legend.

We are constantly asking questions, dreaming of alternative takes on real events. Yet recently, the question that persists most for me is: why?

What strange deep and entrenched emotional alchemy causes me to lose all semblance of decent human control whenever Philippe Coutinho cuts in from the right flank, lifts his head, surveys the limits of his teammates and then kicks the ball into the stand?

Is this something I actually, truly care about, or have I convinced myself that it’s something that’s worth getting worked up over?

The “Oedipal act led by El-Hadji Diouf and an insecurity about being accepted by his peers” scenario is oddly soothing: at least it is a somewhat rational reason for spending lots of money to be bewildered by Simon Mignolet. 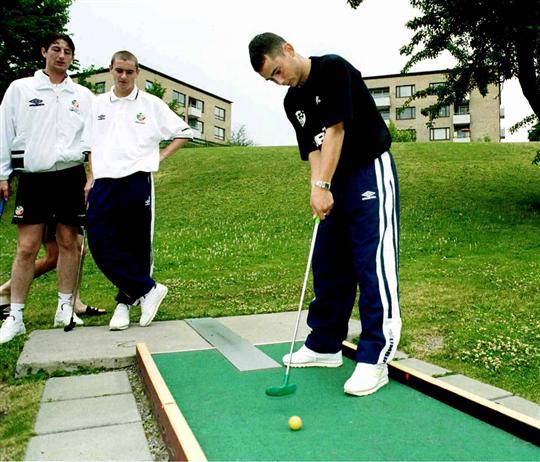 Then came three major occasions in my life that strengthened my Liverpool affiliation.

As it transpired, one neighbour once lived beside Richie Partridge in Wicklow, who was then at Liverpool. The news was filtered through to Partridge.

Out of nowhere, in June 2003, a brown package arrived addressed to me. It was my first ever piece of post.

In it was a letter from Partridge congratulating me on choosing to support Liverpool, a full-size jersey emblazoned with “Partridge 28” on the back, along with a signed picture of Partridge as well a signed picture of Michael Owen. The words “To Gavin, Best Wishes” preceded his scrawl. My name is technically registered as Gavan, but I changed the spelling from there on.

Post has had a lot to live up to since. 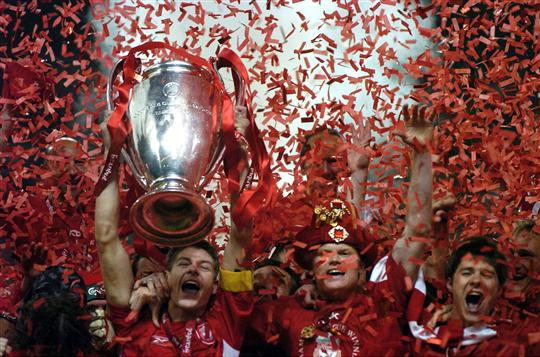 The second event was the Champions League win in 2005. There was a manifest destiny about that triumph, given the way Liverpool won it along with the myriad of quirky coincidences thrown up along the way. I can’t remember them all, but I do know that Ken and Deirdre Barlow got married on Corrie for a second time in 2005, and the last time that happened Liverpool won the European Cup.

Another was the fact that Pope John Paul II died in 2005, and the previous death of a Pope coincided with Liverpool winning the European Cup.

(As an aside, I have recently learned that Pope John Paul II was in fact the second least offensive Christian in history, pipped to the post by Benteke).

The third was my first trip to Anfield: September 2008, against Manchester United.

I didn’t actually wear the Partridge shirt. I was wearing a ‘Torres 9’ shirt signed by the man himself. (I had won the shirt in a competition with the Irish Examiner. The task was to select a collected XI from the Big Four clubs that matched the choices of their writers. I had included Ryan Babel and still won, hence the ever-growing sense of destiny).

Liverpool won 2-1, I got to shout mean things at Wayne Rooney and who went and scored the winner but Ryan bloody Babel...

***
From there Liverpool failed to win the league, sacked Rafa Benitez and replaced him Roy Hodgson.

I was growing up and realising that this whole idea of a kind of glorious destiny in Liverpool winning Premier Leagues and Champions Leagues and being able to lord it over United fans was a fallacy.

Ken and Deirdre even got divorced.

If ever an image embodied the destruction of an age of innocence, it was Roy Hodgson introducing new signings Joe Cole, Paul Konchesky and Milan Jovanovic to the media.

***
Then in April 2014, in the twilight of Steven Gerrard’s career, Liverpool made an improbable assault on the league title.

Liverpool beat Man City and then beat Norwich on the day I turned 21. They needed seven points from the last three games, and Liverpool would finally, after 24 years, have won the bloody league.

Then Steven Gerrard slipped, and I may never get over it.

Why won’t I get over it? It’s not as if I was brought up in the city, and Liverpool and I are hewn from the one fabric.

Why the hell do I care so much about Liverpool’s football results? While the early years can perhaps be explained as an affectation of the romance of youth, I’m older and I use twitter now, meaning I should be much too cynical for that type of thing.

Where does this emotional alchemy come from?

Did I over use the word ‘imagine’ in the opening part of this article because John Lennon was from Liverpool?

Although he was partly Irish, so there’s a good reason to support Liverpool.

And Steve Finnan was Irish. And Richie Partridge sent me his shirt.

And he sent me Michael Owen’s autograph. Although he later played for United.

That reminds me of Torres’s signed shirt. But he left for Chelsea.

BREAKING: Chelsea have announced the signing of Fernando Torres from Liverpool for a fee around £50million. pic.twitter.com/3soaYAQ1tH

To be honest, I’ll probably never know whether this is something I’m truly passionate about, or simply something I’ve convinced myself is important.

Nick Hornby has written better than anyone has about football fandom, and these lines he wrote as an introduction to an anthology of sports-writing stick out the most whenever I start asking myself why I’m stuck in the overwhelming, nauseating, fervent and paranoid complicity of a football crowd: “Sport does not exist to enlighten, it exists to be experienced”.

It’s a line that makes a mockery of the “X Things We Learned” trend in modern football journalism, and handily allows me to forget questioning why I’m supporting Adam Bogdan and allows me to get along with the duty at hand.

I’ve flirted with the idea of stopping when Liverpool eventually win the league. I might then learn the piano and subscribe to the New Yorker. (Although when I inevitably fail to get through a full issue, I’ll be asking myself ‘Why’, again).

All I do know is that the whole Liverpool thing is one hell of an experience.

Even if it came from an Oedipal act triggered by El-Hadji Diouf and an insecurity about being accepted by his peers.

Happy Birthday El Hadji Diouf. The only Liverpool number 9 in history to go a full season without scoring pic.twitter.com/cKe5vMdEAs