Ole Gunnar Solskjaer knows all too well Donny van de Beek's frustration at not coming on for Manchester United in their Champions League win over Villarreal on Wednesday night.

Solskjaer decided to put on Fred and Jesse Lingard over Van de Beek for United's final substitutions, leaving the Dutchman throw down his training bib after warming up before being consoled by teammates Eric Bailly and Dean Henderson.

Van de Beek was then filmed throwing his chewing gum into the congregational area below the dugout, where the United coaches were preparing Lingard and Fred.

Van de Beek joined from Ajax in September 2020 for a fee of £39m, but has started just four times for United in the Premier League, and he has been an unused substitute 24 times. The 24-year-old was prepared to join Everton on loan just before the summer transfer deadline, but the move was vetoed by Solskjaer.

Since then, he has started just two games this season, in the Carabao Cup loss to West Ham United and the Champions League defeat at Young Boys and played five minutes in the Premier League as a substitute against Newcastle.

The Manchester United manager Ole Solskjaer knows all to well what it’s like being left out of the starting squad during his career, being famously dubbed as the ‘United Super-Sub’ for his impact off to score late goals off the bench. However, the infamous ‘Baby Faced Assassin’ has said he does not take likely to sulkers.

You know, I manage a squad full of international footballers, competitive footballers who want to make a difference, who want to play. They all want to be on the pitch, of course they do.

Donny was ready to come on, as all players should be. I've been a sub more than anyone in this club probably - I must have a record appearance as a sub - and you have to be ready all the time. I've been not very happy a few times but that is the decision the manager makes.

Alex was coming off as a left-back and Fred did that job well. So, I understand the frustration, of course, every player is keen to play, that's got to be built into energy and some determination for when you get on and then show me.

If we're going to be successful together, we know we need positive energy, we can't have energy-sappers or sulkers.

But Donny has never affected his teammates negatively, just so that's said. As soon as I see players affecting the team negatively then that's a different scenario and I'll probably be firmer."

According to recent reports, Van de Beek will renew his efforts to find another club in the January transfer window after seeing no improvement in his situation despite assurances from Solskjaer he would play more. 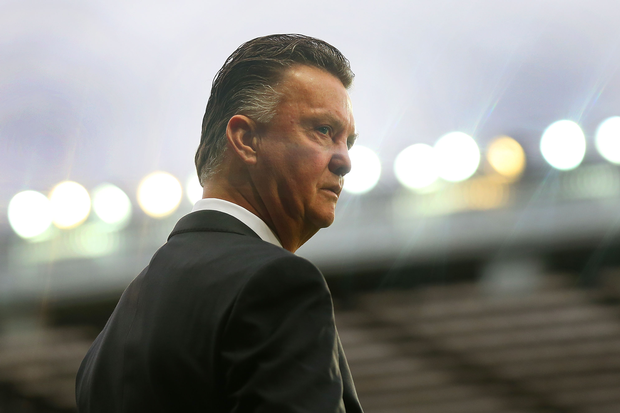 On top of this, Van de Beek has been left out of the Netherlands squad by manager Louis Van Gaal with the former Manchester United manager claiming he needs to play more games, saying:

I called Donny yesterday. I told him that he needs to start playing games.

I did not speak with any manager of my players. Maybe it's logical to talk with them, but I have not done it.

I spoke with him for 45-minutes last night. I am not going to tell you anything. This is between Donny and me. I am capable of advising players.

It seems the player is quickly growing tired of his lack of opportunities at Old Trafford. 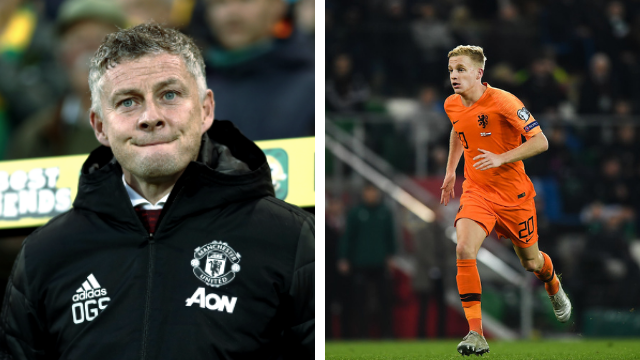 Football
11 minutes ago
By Eoin Harrington
Quiz: Name Every Player To Score In A Champions League Final
Football
3 days ago
By Jonathan Browne
What Became Of The Great Monaco Team That Reached The 2004 Champions League Final
Football
4 days ago
By Gary Connaughton
Ralf Rangnick Sums Up Why Modern Football Is Dominated By German Coaches
Popular on Balls
GAA
2 days ago
By PJ Browne
Insane Drama As Late TJ Reid Goal Sends Ballyhale Into All-Ireland Final
Rugby
1 day ago
By Colman Stanley
Yesterday Was Not The First Time Wayne Barnes Sent A Player Off For Getting Lippy
Rugby
22 hours ago
By Colman Stanley
Champions Cup Predictions And Permutations For The Irish Provinces
The Rewind
2 days ago
By Jonathan Byrne
The Definitive Ranking: Deli Items Ranked From Best To Worst