Euro 2012 wasn’t a particularly happy time for Irish football fans. Three successive trouncings in Poland very much took the wind out of our plastic inflatable hammers but today we return to football's head table where Ireland will kick off their Euro 2016 campaign against Team Zlatan.

This time around, armed with some new players and a new management team, expectations are once again inflated for Irish heroics and, ahead of Ireland’s assault on Group E, we ask which of our last two European Championship teams are better? Here are our picks. 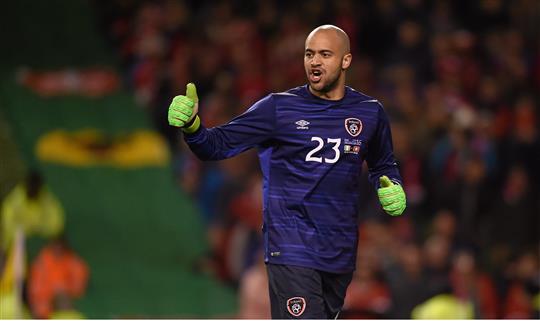 Shay Given vs Darren Randolph

It’s hard to deny that, at 36 year old, Shay Given wasn’t exactly at the height of his powers heading into Euro 2012 but, unlike Darren Randolph, he was coming off the back of a season where he was first choice goalkeeper for his club Aston Villa.

Randolph has been solid since assuming Ireland #1 duties midway through the qualifying campaign, proving to be a steady influence between the sticks since deputising for Given in Gelsenkirchen. The Bray man has also performed admirably when called upon by West Ham, notably in their run to the FA Cup semi-final but there's not much to separate the two. 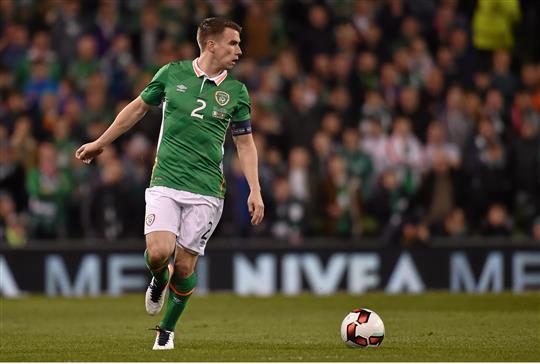 This time four years ago a general lack of options meant that John O’Shea’s versatility dictated that the Waterford man was to be stationed on the right side of Ireland’s defence when a partnership in the middle with Richard Dunne was what everyone (with the exception of Sean St. Ledger) wanted. No one in the Irish defence came off particularly well last time around and JOSH was no exception.

It’s crazy to think it now but four years ago Seamus Coleman didn’t even make Trapp’s squad – a mistake that was highlighted by Coleman earning a place in the Premier League XI the following season.  No such error has been made this time around. 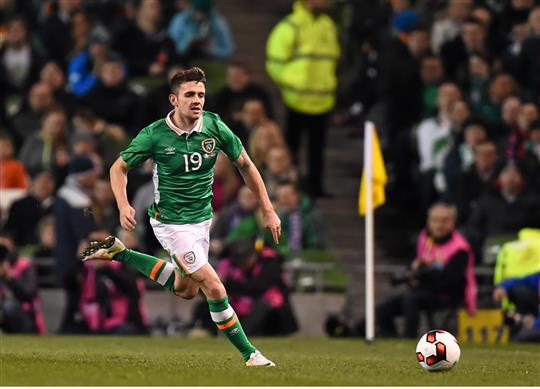 Stephen Ward’s position on the left side of defence was largely dictated by the fact that he was a leftie – and not much else if we’re being honest. Not particularly strong in attack or defence, there wasn’t many other options for Trapp to choose from here.

Even if he’s definitely stronger going forward than tracking backing, Robbie Brady has developed into one of Ireland’s key players since making his debut four years ago in a friendly against Oman and his delivery from set pieces will be one of Ireland’s biggest goalscoring threats in France. 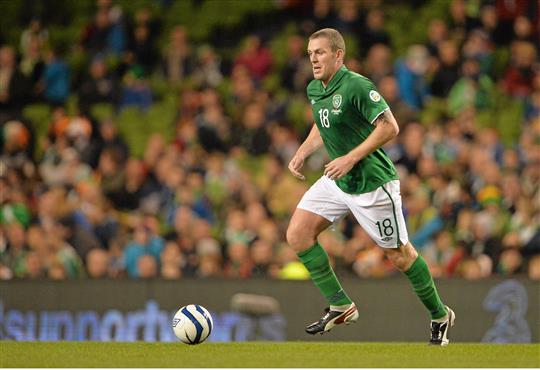 Oh Richard, how we wish you were evergreen. Dunne’s heroics in Moscow played a huge part in Ireland earning their place at Euro 2012 and even though it didn’t particularly go his way in the finals itself, Dunne is now and forever to be referred to as an Irish hero.

Mr. Dependable. John O’Shea will surely make his international swan song at the finals and he’s been one of the most loyal servants to ever pull on the green shirt. 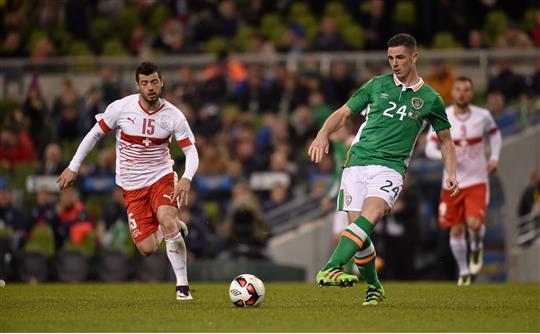 St. Ledger was responsible for Ireland’s only goal at Euro 2012 when, for a few fleeting moments at least, it appeared that we would be competitive. It would be downhill from there for the Irish back four as they conceded 8 further goals before being dumped out of the competition.

The Aston Villa man is coming off the back of the worst season in his club's modern history but thankfully he saves his best form for international level. 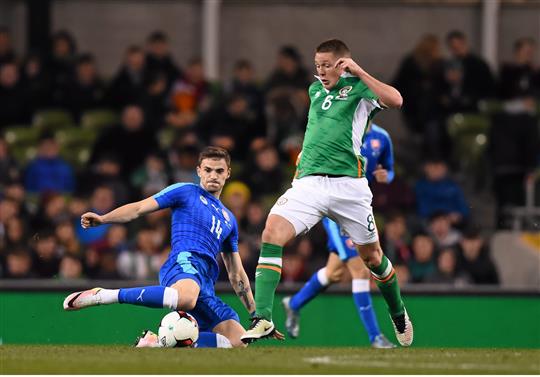 Personal issues meant that James McCarthy was another talented young Irish player who didn’t make the flight to Poland & Ukraine four years ago. This time around he will make his bow in a major international tournament as Ireland’s most influential midfielder. 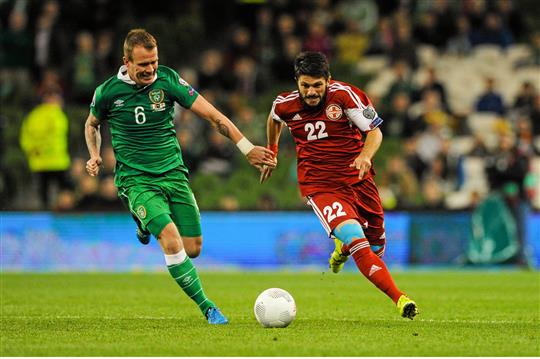 We’re not quite sure what to do with this one. As far as we can tell, Whelan’s game has remained relatively constant over the past four years and it’s exactly that – his consistency – which is the Stoke player’s biggest strength. 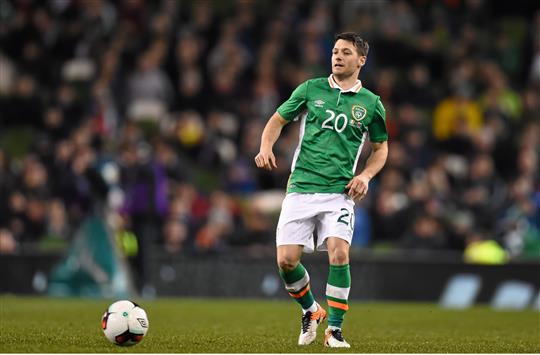 Euro 2012 came just a little bit too late for Damien Duff. For a player hugely reliant on pace, Duff had lost most of that by the time that tournament rolled around and wasn’t close to being as effective as he was a few years prior.

At 34, Hoolahan is a year’s Duff’s senior but has retained his skillset at his age to a higher degree than Duffer was able to. Hoolahan is Ireland's prime creator and so much of Ireland's effectiveness will be governed by his performances. 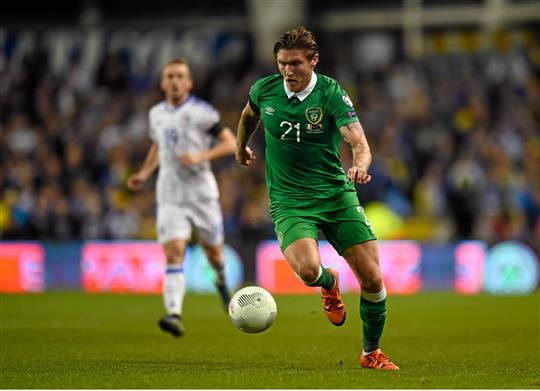 For someone who seemed to have a general distrust of players whose attacking instincts overshadowed their defensive abilities, Trapp took quite a shine to Aiden McGeady and he was rewarded with some good performances in the qualifying campaign.

Dubliner Hendrick is one of the young players who have been ushered to the front of the queue in Martin O'Neill's regime and he rewarded the management team with crucial assists in the qualifiers away to Germany and that lovely drag-back assist against Georgia. 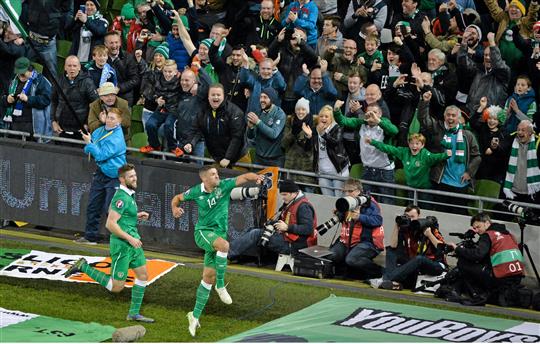 So long considered to be Ireland’s second choice striker, Doyle’s international appearances have dwindled since the championships in Poland & Ukraine. While he was never the most natural goalscorer, Doyle was a willing runner, physical and strong in the air – all attributes that Trappatoni required for his starters.

Jon Walters latter day Ireland career has seen him develop into one of Ireland’s cult players. The Stoke player has a knack of picking up important goals for Ireland, none more so than the brace he scored at home to Bosnia & Herzegovina in the playoffs. 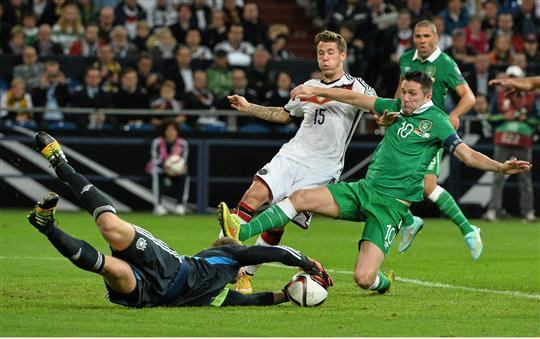 Ireland’s talisman and best ever striker. Robbie Keane didn’t get a chance to display his full talents at Euro 2012 (then again, did anyone for Ireland?) but his goals in qualifying effectively booked our place on the plane.

The words ‘Shane Long’ and ‘Germany’ will forever be on the lips of Irish football fans. Long has assumed the throne as being undisputedly Ireland’s principal striking threat but can’t yet lay claim to the sort of influence that Keane had for Ireland four years ago. Perhaps, though, that will change over the course of the next few weeks.

See Also: Watch: The Swedes May Have ABBA But We Have Something So Much Better

Football
6 months ago
By Sean Meehan
Quiz: Name Each Member Of Ireland's Major Tournament Squads
Football
3 years ago
By Daniel Kelly
Leo Varadkar Has Forgotten He Attended Ireland's 4-0 Hammering To Spain At Euro 2012
Football
3 years ago
By Gavan Casey
Keith Andrews Gives Extremely Revealing Explanation As To What Went Wrong At Euro 2012
Popular on Balls
GAA
22 hours ago
By Balls Team
Remembering Marty Morrissey's Pre-Match All-Ireland Commentary That Had Us In Tears
3