The Squad From Jurgen Klopp's First Title Triumph: Where Are They Now?

The 2010/11 season was an incredible one for Dortmund. Having spent almost a decade as perennial underachievers, the club would win a first Bundesliga title since 2002.

Jurgen Klopp was the man who made it possible, turning the club from potential relegation candidates to league champions. He didn't have a bad squad at his disposal, but where are those players now?

Ten years on from that triumph, we decided to investigate.

A couple are still at the club, others joined their fiercest rivals, while some even flirted with long prison sentences.

Roman Weidenfeller played all but one of Dortmund's league games that season, finally experiencing glory at a club he had first arrived at in 2002.

The goalkeeper would remain as Dortmund's number one for a number of seasons, earning five Germany caps and being part of the squad for the 2014 World Cup triumph. He hung up his gloves in 2018 while still at the Westfalenstadion and currently works at the club.

Following Jurgen Klopp from Mainz to Dortmund, Subotic would be a key cog in the side as they were transformed from relegation candidates to league champions.

He was another one to have a long career at the club, leaving 2018. He would take in spells at the likes of Saint-Ettiene and Union Berlin, before joining Austrian side Rheindorf Altach last year. Somehow, he is still only 32-years old. 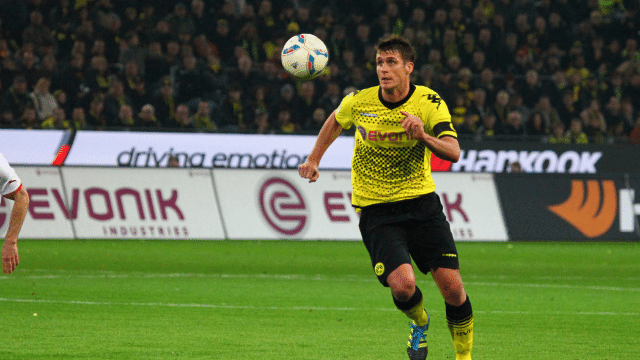 Kehl was captain of the club that season, although he was limited to six league appearances thanks to knee issues. He remained there until 2015 when he retired.

He has since moved into coaching, where he is the 'head of first team football' at Dortmund.

We hear this lad has done fairly well over the last decade.

After firing Dortmund to two successive league titles (although he only scored eight goals in 2010/11) and a Champions League final, Lewandowski did himself no favours with their supporters when he opted to join Bayern Munich on a free transfer in 2014.

He has since become arguably the best striker in world football and was robbed of the Ballon d'Or last year. The Pole has scored 36 goals in 26 league games this season.

Sahin's form during this campaign would earn him a €10million transfer to Real Madrid, although it's fair to say the move didn't work out for him.

After an entirely forgettable loan spell at Liverpool, he would rejoin Dortmund on loan before the move was made permanent in 2014. He remained at the club until 2018, although he made less than 40 Bundesliga appearances in that time.

Egypt forward Zidan moved to Dortmund having previously experienced some success under Jurgen Klopp at Mainz, but he largely failed to replicate that form at his new club.

Much of that was down to injury, with the player eventually returning to Mainz in 2012. He then moved to Abu Dhabi side Baniyas, only to be sentenced to six years in an Egyptian prison for issuing bad cheques to a real estate firm.

However, the sentence were overturned after he came to an out of court settlement. Zidan would go on to make a brief comeback with Egyptian side El Entag El Harby in 2015. 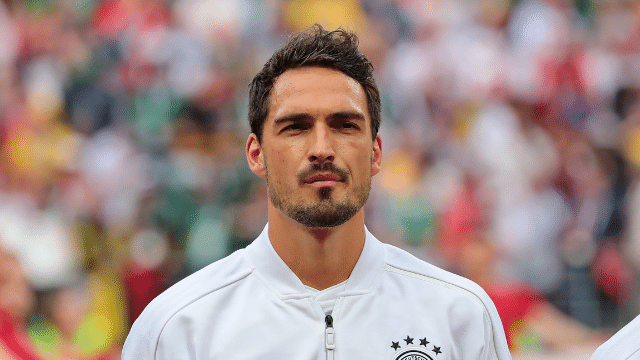 Mats Hummels turned out to be an incredible signing after arriving from Bayern Munich's second team, providing the base for at the back for Klopp's side.

He returned to Munich in 2016 after triumphing the World Cup in 2014, winning three league titles before going to Dortmund for a second stint. Still an aggressively handsome man.

Błaszczykowski spent nine years at Dortmund after arriving there in the same year as Jurgen Klopp, eventually leaving for Wolfsburg in 2016.

The winger, who has over 100 caps for Poland, would return to his native country with Wisła Kraków in 2019 where he still remains.

Barrios was the star man up front in this campaign, scoring 16 goals in the Bundesliga. His lost his place in the side to Lewandowski the following season, ultimately leaving for Chinese side Guangzhou Evergrande.

He has since embarked on a nomadic career, spending time at nine clubs in as many years. Now 36-years old, he is on the books at Argentine club Gimnasia.

Großkreutz had a major impact at Dortmund having been signed from the second tier in 2009. He made 34 Bundesliga appearances in this campaign, bagging eight goals and registering seven assists in the process.

The winger didn't quite have the same success moving forward despite being in Germany's 2014 World Cup winning squad, eventually leaving for Galatasaray in 2015. He eventually retired in January of this year after a stint with German third tier side KFC Uerdingen.

Probably the lesser of the Bender twins, Sven played a major part in Dortmund's success nonetheless. He was a key player in each of their titles successes, although he never could make a real breakthrough at international level.

He left for Bayer Leverkusen in 2017, linking up with his brother Lars in the process.

Signed as an unknown from the Japanese second tier, few could have predicted how good Shinji Kagawa would be for Dortmund. He spent only a couple of seasons at the club first time around, winning two league titles in the process before moving to Manchester United.

His time at Old Trafford never worked out, returning to the German side in 2014 for a nother five-year spell. He left in 2019, with the 32-year old now plying his trade with PAOK in Greece. Kagawa has won 97 caps for Japan, scoring 31 goals.

Patrick Owomoyela was very much in the latter stages of his career by the time Dortmund's purple patch came around, making only six league appearances in this campaign.

He retired in 2014 after a brief spell at Hamburg. You might now recognise him as an English language commentary on Bundesliga games. 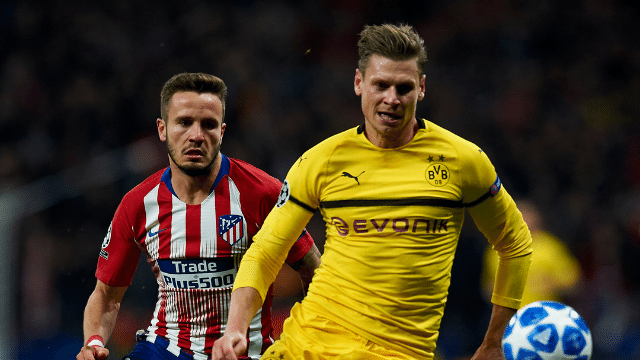 Piszczek was another player who was a mainstay during the heyday of this side, acting as a massively reliable option at left back.

Dortmund have certainly got plenty of value after signing him from Hertha Berlin on a free transfer 2010. The 35-year old is still at the Westfalenstadion now, although he will be leave at the end of this season.

It has since been announced that he will return to play with his hometown club in the Polish third division.

Brazilian centre back Santana made 13 league appearances for Dortmund during this campaign, also playing a part in their league and cup double the following season.

Despite never being seen as first choice, he also scored a couple of key goals in their run to the Champions League final in 2013. He would leave the club that summer for Schalke and immediately following his departure he was not shy in criticising Jurgen Klopp.

The defender described the now Liverpool manager as 'stupid' for allowing the injured Mario Gotze to train ahead of that final, something that did not go down well at the club.

He went on to spend time at a number of teams before singing for Chapecoense in 2020.

Marcel Schmelzer played in all 34 league games in the title winning campaign, providing a steady presence for the team at left back. He missed the start of the following season due to injury but still played a part in retaining the Bundesliga.

While his influence at Dortmund has slowly wained over the years, although he still remains at the club he first signed for in 2008.

Gotze has a difficult relationship with Dortmund supporters. He was outstanding in the three seasons from 2010-2013, providing an attacking spark as the team experienced a huge amount of success.

However, he announced his decision to join Bayern Munich ahead of a meeting against the Bavarian side in the 2013 Champions League final, something that did not go down well.

He never reached anywhere near his potential at Bayern despite scoring the winner in the World Cup final, eventually returning to his former club in 2016. Gotze could not rediscover his previous form, leaving for PSV last year after making little impact.

The German is still only 28-years old.

Yet another player to follow Jurgen Klopp from Mainz (although not directly), da Silva lasted only two seasons at the club. However, he still made 27 Bundesliga appearances as Dortmund secured back-to-back titles.

He left for MSV Duisburg in 2012, retiring at the end of the following campaign. The Bazilian has been keeping a very low profile since, with little information on what he has been up to in the intervening years. 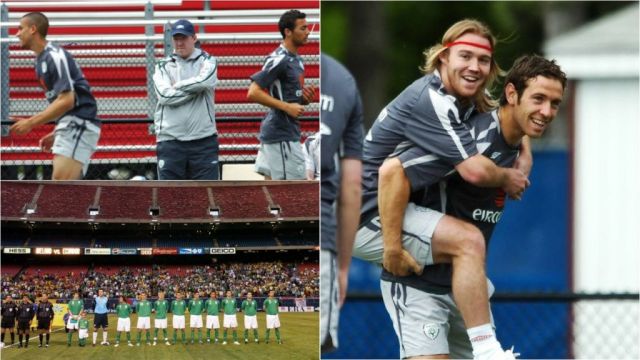 Football
2 weeks ago
By Gary Connaughton
Watch: Erling Haaland Was At It Again In The Bundesliga Earlier Today
Football
4 weeks ago
By Eoin Harrington
Quiz: Name The Liverpool XI That Started That Famous Dortmund Europa League Match
Football
1 month ago
By PJ Browne
Assistant Ref 'Childish' For Seeking Haaland's Autograph
Previous Next

Football
2 weeks ago
By Gary Connaughton
Watch: Erling Haaland Was At It Again In The Bundesliga Earlier Today
Football
4 weeks ago
By Eoin Harrington
Quiz: Name The Liverpool XI That Started That Famous Dortmund Europa League Match
Football
1 month ago
By PJ Browne
Assistant Ref 'Childish' For Seeking Haaland's Autograph
Popular on Balls
Rugby
15 hours ago
By Eoin Harrington
Mike Brown's 16-Year Harlequins Career Is Over After Stamping Ban Issued
Other Sports
16 hours ago
By Balls Team
12 Of The Most Cringeworthy Moments In Sporting History
The Rewind
13 hours ago
By Balls Team
The 5 Best Irish Accents By Foreigners In Cinema History
The Rewind
13 hours ago
By Donny Mahoney
The Best And Worst British Media Coverage Of The Ballymurphy Verdict