In Pictures: The Story Of The Lost Dublin Derby, Featuring Late Drama

Shamrock Rovers have defeated Bohemians in their first game of the League of Ireland season, but not many supporters got to see the action on the pitch.

The game was due to be shown live on RTÉ, but the broadcast was cancelled due to unsafe conditions for the commentators and camera crew because of Storm Dennis.

Judging by eye witness accounts, the weather conditions had a huge bearing on the game. Ultimately, it was a stoppage time Aaron Greene goal that made the difference.

Considering that the vast majority of us didn't get to see the match, and the situation regarding post-match highlights remains unclear, photographs may be all we have to tell the tale of the season's first Dublin derby.

Thanks to the good people at Sportsfile, we can get some idea as to what went on during the 90 minutes: 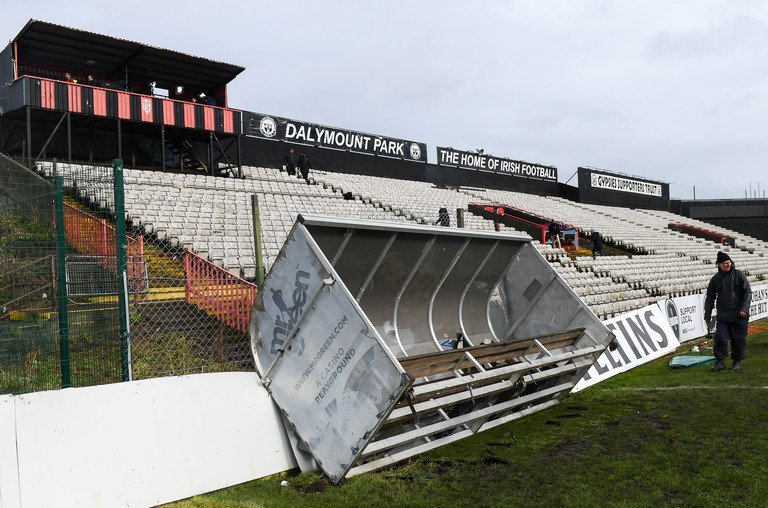 Still, both sets of fans were in good spirits despite the high winds. 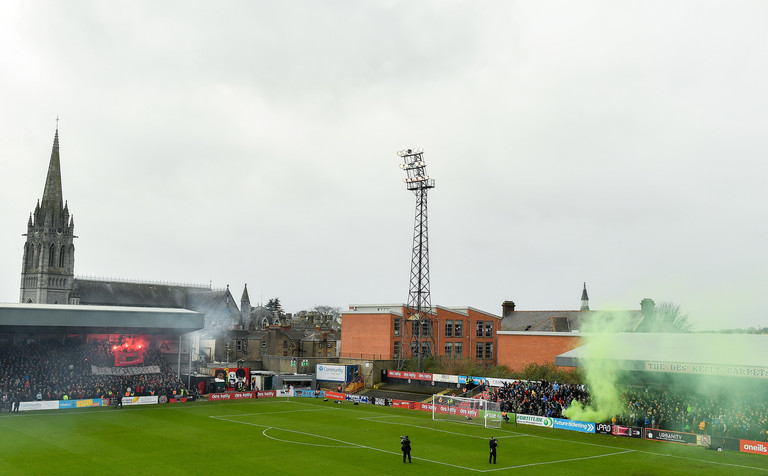 It was actually a fairly bright day at Dalymount early in the game... 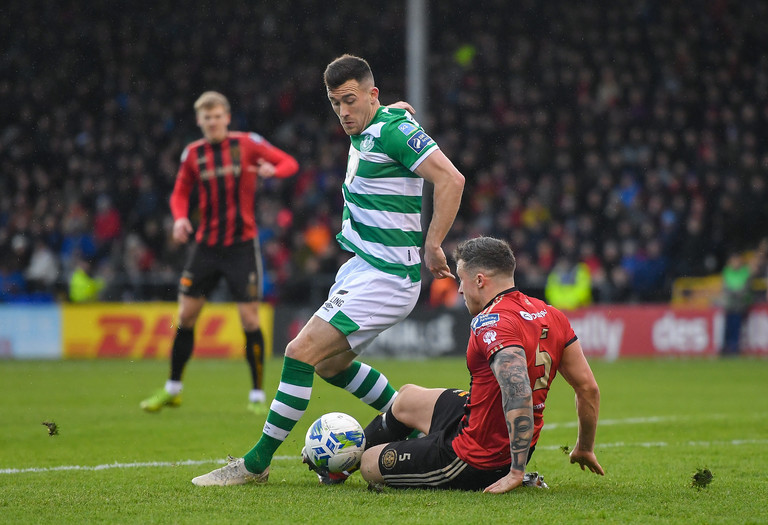 ... but it didn't take long for the rain to arrive. 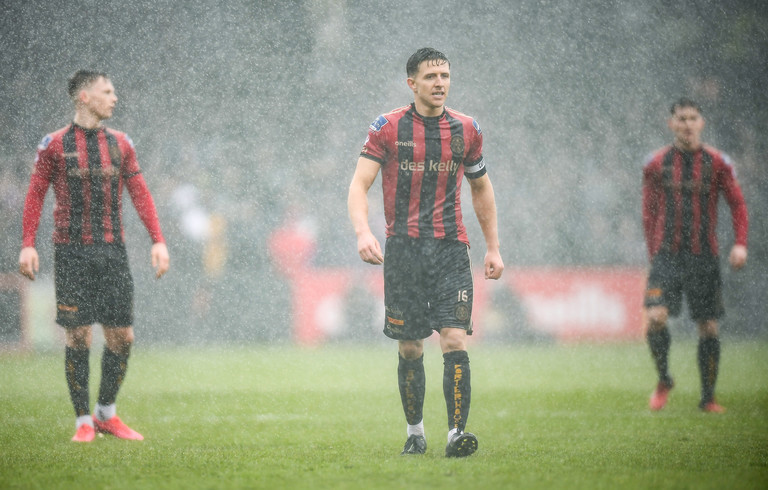 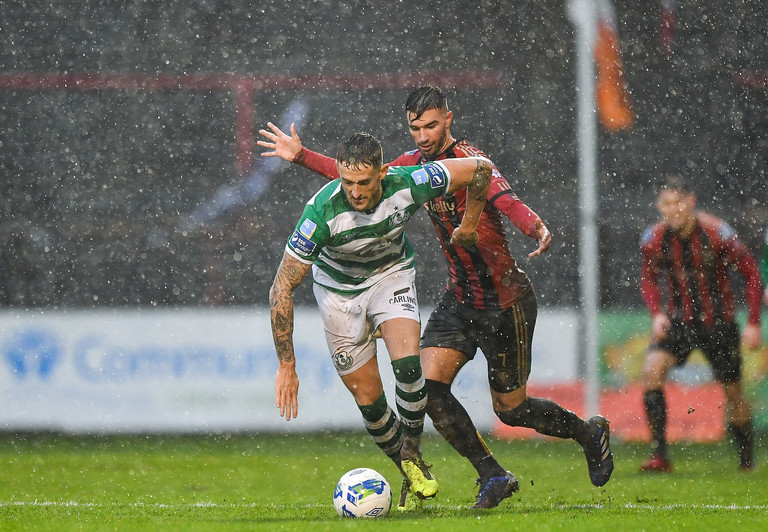 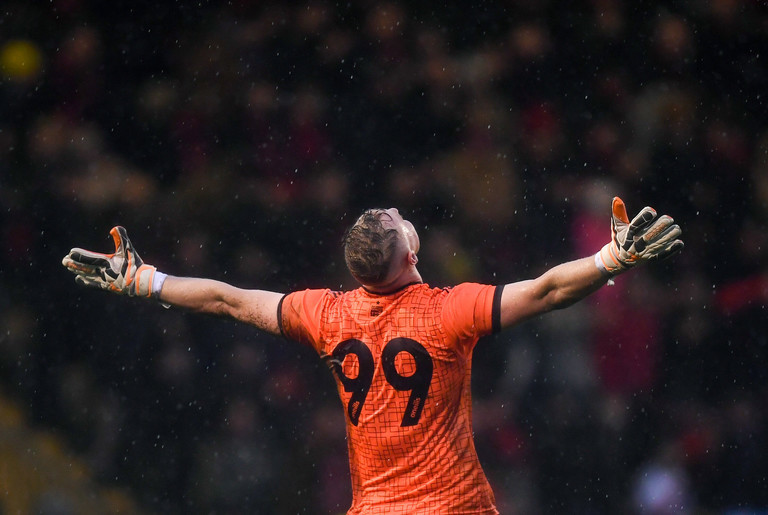 Alan Mannus made at least one save to keep Shamrock Rovers on level terms. 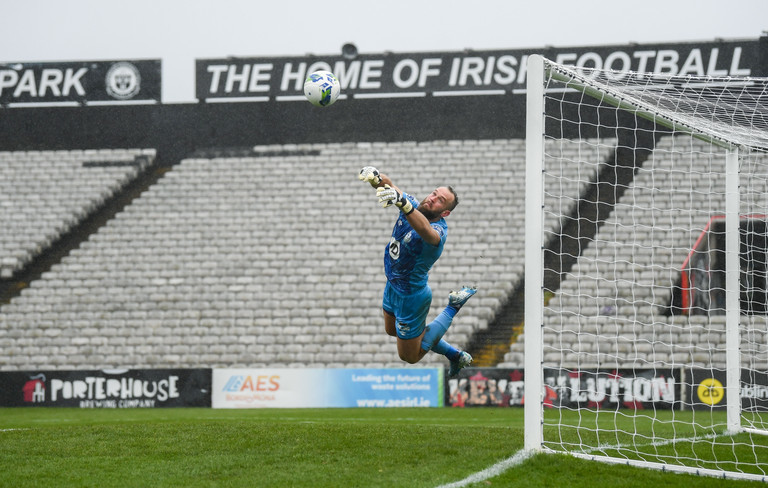 A turning point in the game came with Andy Lyons' red card in the second period, getting a second yellow for hacking down Graham Burke on the break. 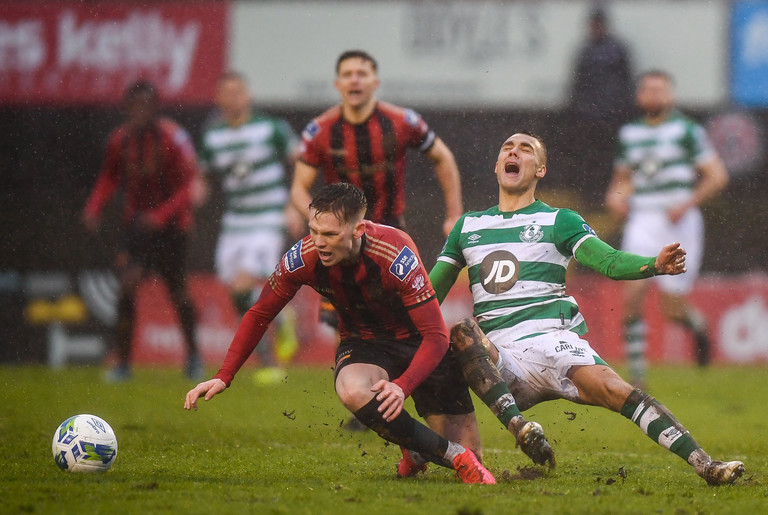 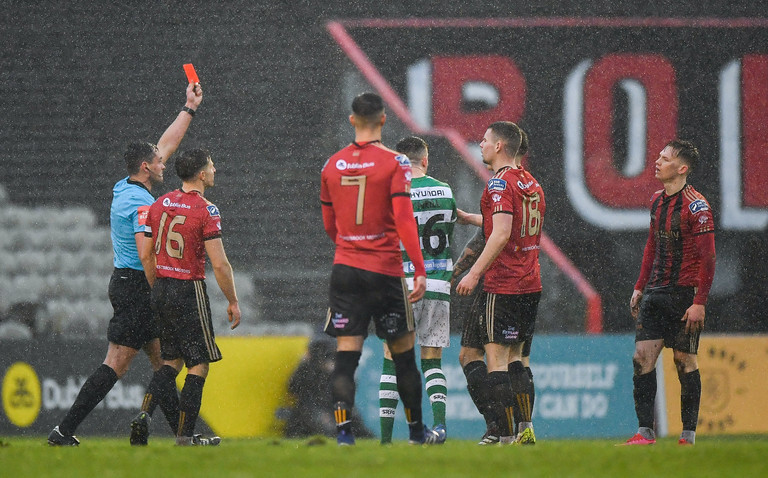 Shamrock Rovers were on top, and Aaron Greene steered home Aaron McEneff's rebounded shot in the 93rd minute to secure a late win for the visitors. 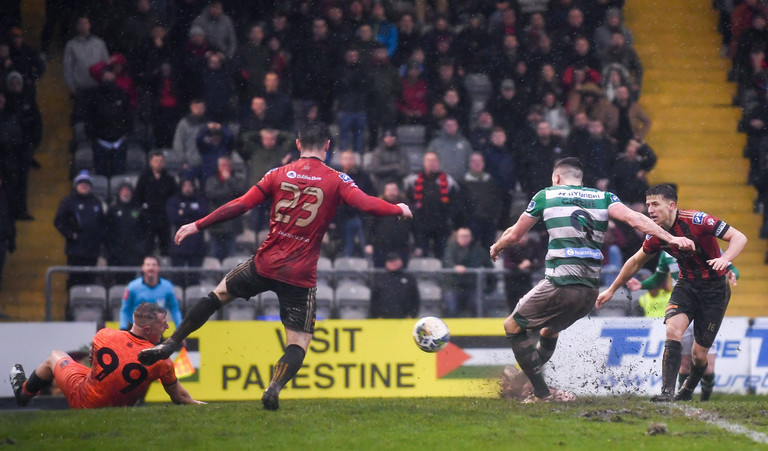 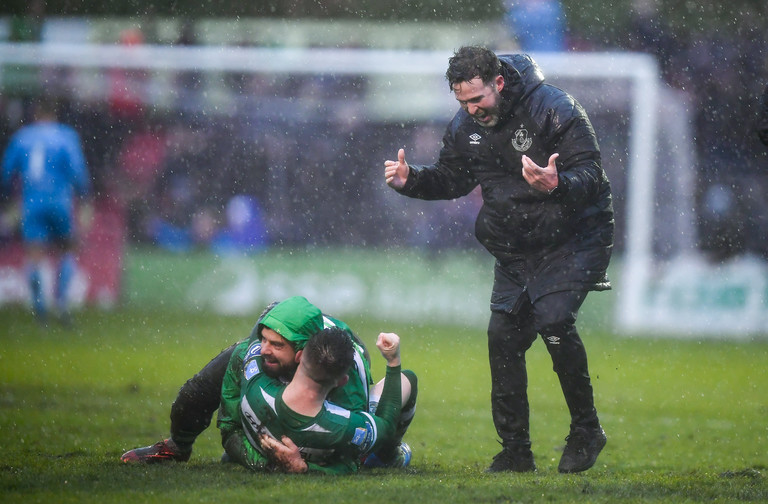 As did the Shamrock Rovers supporters. 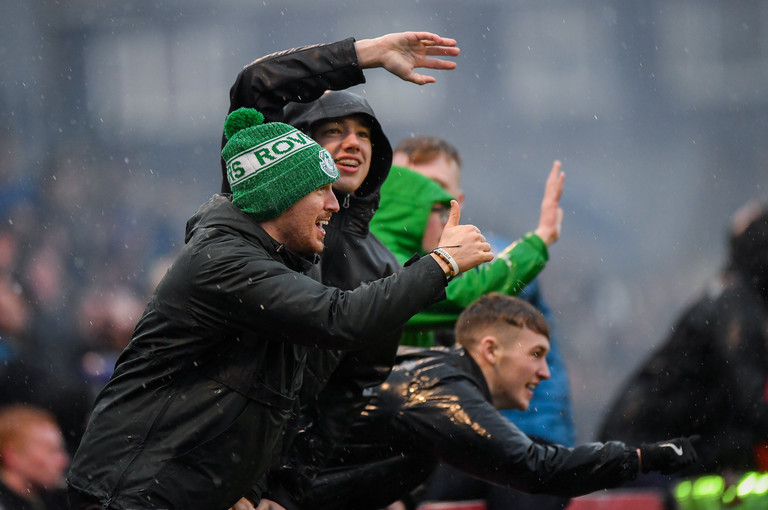 The Shamrock Rovers players saluted the away support at the end of the game. 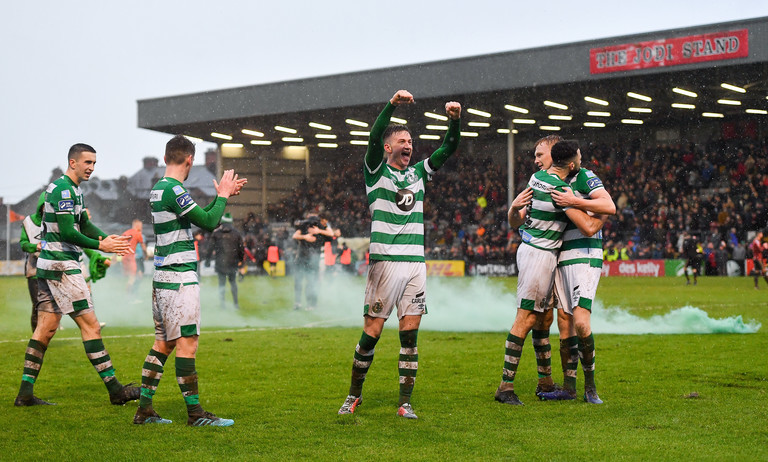 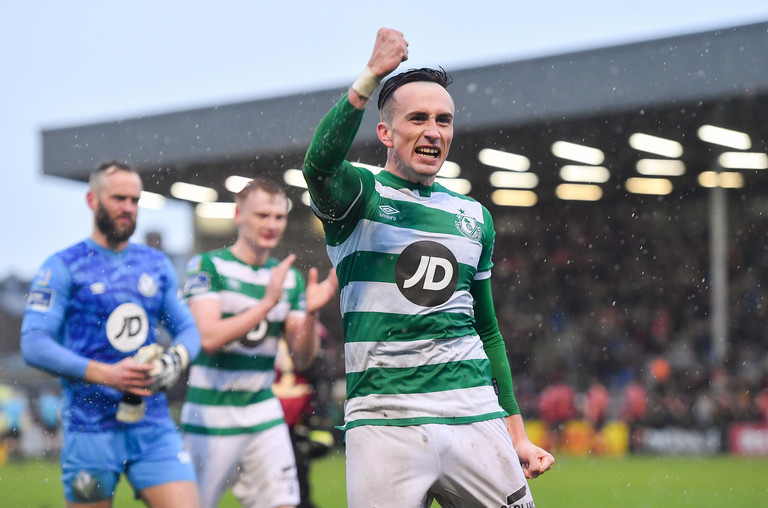 SEE ALSO: The Lansdowne Road Riot - Reliving One Of The Most Infamous Nights In Irish Sport

Football
5 days ago
By Gary Connaughton
Watch: It Took Jack Byrne 7 Minutes After Restart To Do Something Outrageous
4

Football
3 days ago
By Balls Team
Balls Remembers - When Pele Played At Dalymount Park
Football
5 days ago
By Gary Connaughton
Watch: It Took Jack Byrne 7 Minutes After Restart To Do Something Outrageous
Football
5 days ago
By Jonathon Lynam
Dundalk Paid A Touching Tribute To Their Former Groundsman Last Night
Popular on Balls
Snooker
16 hours ago
By PJ Browne
John Higgins Makes The First World Championship 147 In Eight Years
3

Football
10 hours ago
By Paul Moore
Quiz: How Well Do You Know the Jack Charlton Golden Era?
5