The debate surrounding the handling head injuries in football has been a hot topic in recent days, and rightly so after the incident involving Benjamin Pavard during France's Euro 2020 opener against Germany.

The Bayern Munich defender took a sickening blow to to head in that game, one that he believed had even briefly knocked him out. Despite this, he was allowed to play on.

Manager Didier Deschamps later said that he should have taken the player off at the time, although the 25-year old would go on to play the full 90 minutes once again in the draw against Hungary a few days later.

There was another similar incident this evening involving Austria's Christoph Baumgartner.

The midfielder would give his side the lead in the game in the 21st minute. However, there was an argument to be made that he should not have been on the pitch at the time after suffering a head injury a couple of minutes before his goal.

Baumgartner was involved in a clash of head with Ukraine's Illya Zabarnyi, and while he remained on the pitch at the time, he would go down holding his head off the ball on two further occasions.

He was eventually withdrawn almost 15 minutes after the original incident.

Speaking on RTÉ at halftime in the game, Damien Duff said that this 'sickening' incident was yet another example of why major changes are needed in football.

It's sickening actually watching him go down. He is down two or three times.

I think the rules don't help the manager. Deschamps has come and said after the Pavard incident the other day 'we hold our hands up, we should have taken him off'.

In rugby, you're allowed a concussion sub. Allow Baumgartner to come off, get a HIA test, and you still have 11 men on the pitch.

That influences managers. They think 'keep him on, I don't want to go down to ten men'.

It's a simple rule, just a quick change and we're still at 11v11. You're not getting punished by sending a player off for a HIA. It's horrible to see...

Players all think they're invincible, that 'there's nothing wrong with me', but there is obviously something drastically wrong with (Baumgartner) there. He has gone down twice.

Concussion substitutes were introduced in the Premier League towards the end of last season but are not in use at Euro 2020.

Didi Hamann, who also stated his belief that major changes are needed in this area in football, agreed with Duff's assessment that managers need to do better in handling these situations.

I think Deschamps shows exactly what the problem is, he didn't take him off. He must have seen the way [Pavard] went down, or the doctor might have said 'I think he was out for a bit but he's coming back around'.

It shows the whole problem, because at the time he didn't take him. To come out two or three days later and say 'I should have taken him off'...

The question I would ask is has he been checked after the game? You need to check him after the game, it was wrong to let him play on.

If you check him and there's a problem, because then surely he shouldn't have played the other day. 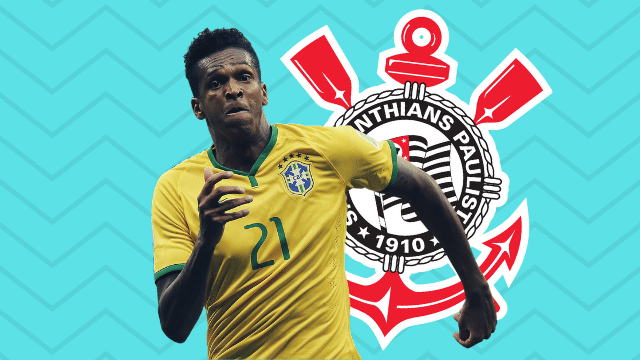 Football
11 months ago
By Michael McCarthy
Marko Arnautovic Gets One Game Ban - Is It A Cop Out?
Football
2 years ago
By AFP
Vatican Women's Team Refuses To Play After Anti-Abortion Protest
47

Football
11 months ago
By Michael McCarthy
Marko Arnautovic Gets One Game Ban - Is It A Cop Out?
Football
2 years ago
By AFP
Vatican Women's Team Refuses To Play After Anti-Abortion Protest
Football
3 years ago
By Ste McGovern
Ranking The Nine Finest Jerseys You Won't See At The World Cup
Popular on Balls
GAA
3 days ago
By PJ Browne
Cusack Has Little Sympathy For Gearoid Hegarty After Red Card
Football
15 hours ago
By PJ Browne
Man Arrested For Headbutting Billy Sharp After Playoff Semi-Final
GAA
1 day ago
By PJ Browne
GAA President Explains Why Tailteann Cup Won't Be All-Ireland Curtain Raiser
Football
4 days ago
By Eoin Harrington
Alan Shearer Says Roy Keane "Ran Away" From Him After Famous Clash