Dundalk have opened their Europa League group stage defeat at the hands of Molde, losing 2-1 in Tallaght despite a strong start to the game.

It all started so well for the League of Ireland side, who were the dominant team in the opening 45 minutes.

Dundalk thought they had taken the lead in the 24th minute after Pat Hoban found the back of the net, but the referee disallowed it for a foul in the buildup. It seemed like a harsh decision.

Pat Hoban heads the ball past Linde but it's ruled out for a foul.

However, they would take the lead just over ten minutes later.

Sean Murray was the man to get the goal, steering home a beautiful cross from John Mountney to give his side the advantage.

SEAN MURRAY DOES IT AGAIN IN EUROPE!

Molde had a few long-range efforts in the opening half, with one whistling just beyond the post. That aside, Gary Rogers was relatively untroubled up until the interval.

The Norwegian side immediately turned things up a gear at the start of the second half, dominating possession and putting Dundalk under plenty of pressure.

They made that pressure pay just after the hour mark, with Etzaz Hussain's deflected volley leaving Rogers with no chance.

They didn't let up there.

Molde continued to turn the screw, winning a penalty ten minutes later after a foul from Sean Gannon. Ohi Omoijuanfo stepped up to convert the spot kick, placing it perfectly into the bottom corner.

A late injury time rally aside, the Irish side never really threatened from this point. Molde went close to adding to their lead on a couple of occasions, but the game would ultimately finish 2-1.

Dundalk will be disappointed with this result, especially after being the better team in the opening half. However, they struggled to deal with the visitors in the second half. With this their first Europa League group game in nearly four years, they will be hoping to build on this performance moving forward.

They will now face a trip to Arsenal next week, with the Premier League side overturning a 1-0 deficit to win against Rapid Vienna this evening. 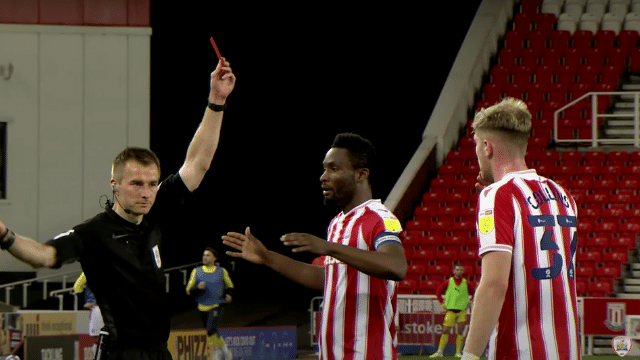