Dundalk have suffered late heartbreak in their Europa League game against Rapid Vienna this evening, falling a 4-3 defeat in Austria.

Filippo Giovagnoli's side had a dream start in Vienna, taking the lead inside the opening ten minutes.

The goal from Pat Hoban, who connected with a sumptuous cross into the penalty area from Chris Shields. It's fair to say goalkeeper Paul Gartler probably should have done better.

This was the second time Dundalk have taken the lead in this group, having also done so against Molde in their opener.

They would give up their advantage in the 22nd minute, with Dejan Ljubicic's long-range strike finding the back of the net.

Keith Andrews asked questions of Aaron McCarey and you would probably expect your goalkeeper to do better with a shot in the central area of the goal, regardless of the power behind it.

McCarey replaced Gary Rogers for this game and it would not be the first time he would have an impact over the 90 minutes.

The League of Ireland side almost retook the lead a few moments later, but nobody was able to get onto the end of Sean Hoare's flick at the near post.

The side would enter the interval at 1-1, with Dundalk certainly pleased with how the first 45 minutes had played out.

While Dundalk started the second half in a promising manner, with Michael Duffy having a decent chance to retake the lead, Rapid Vienna began to dominate the ball as the game went on.

The pressure would finally count in the 79th minute. Kelvin Arase scored the goal, capitalising from a sloppy piece of goalkeeping from McCarey. He directed the cross straight into the path of the 21-year old.

However, Dundalk would go straight up the other end and earn a penalty.

David McMillan would be brought down in the box after a cracking run from Nathan Oduwa. It was a stonewall penalty, with McMillan tucking away the resulting spot kick.

The goalkeeper probably should have done better having got two hands to the ball.There was to be further late drama.

Rapid Vienna took the lead for the second time in the game, with McCarey once again found lacking. He attempted to come out and punch clear a cross into the penalty area, but failed to reach the ball before Maximilian Hoffman.

Maximilian Hofmann beats McCarey who came off his line to clear the cross.#CmonTheTown | #UEL | #VMSport pic.twitter.com/MrMJtHqmXQ

The home side would score their fourth a few moments later, catching Dundalk on the break.

Rapid Vienna make it 4-2 in the 90th minute. @DundalkFC punished as they pushed forward for an equaliser.#CmonTheTown | #UEL | #VMSport pic.twitter.com/xODCpuKwJP

The League of Ireland side would manage to grab a third, with David McMillan scoring a second penalty after Oduwa was taken down.

This was McMillan's 11th goal in European competition, bringing him level with Glen Crowe's League of Ireland record.

McMillan’s 10 for Dundalk is more than anyone else has scored for one club https://t.co/2AaeroAQXJ

Unfortunately it was not to be enough for Dundalk, who would fall to their third defeat of the group. 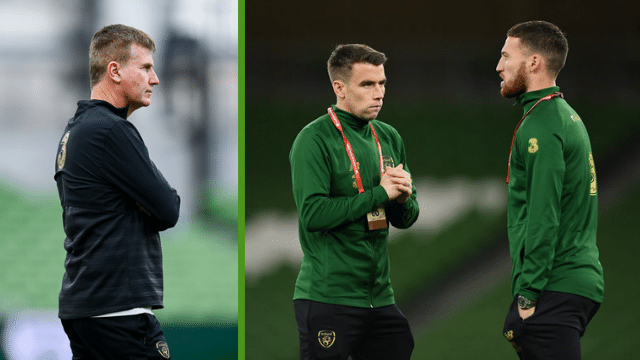