Dundalk have signalled their intent for the upcoming season by securing the signature of Michael Duffy.

The winger, who joined for the Lilywhites in 2017, has signed a one year deal with the club as it looks to retrieve the League of Ireland crown from Shamrock Rovers in 2021.

Duffy, who won the PFAI Player of the Year in 2018, has been an integral part of a Dundalk side that has won two league titles, two FAI Cups, two League Cups, a President's Cup and a Unite the Union Champions Cup in his time at Oriel Park.

Speaking on his resigning, Duffy stated that last season's FAI Cup win could serve as a springboard for future success under Filippo Giovagnoli and newly-appointed sporting director Jim Magilton.

? Dundalk FC is delighted to announce that Michael Duffy has signed a new contract with the Lilywhites.https://t.co/D5Hsex5fsc

“I can look forward to the season ahead now. It was a big decision but I think I’ve made the right choice staying with Dundalk and I can’t wait to get back on the pitch.

“We finished 2020 on a high by winning the FAI Cup and that was a big factor in my decision. There were a few months last year when things weren’t good at Oriel Park but some of my best memories from being at the club came from the way we finished the season and that’s what I want again.”

There was some consternation surrounding Dundalk this off-season, with Sean Hoare and Sean Gannon leaving Oriel Park to sign for rivals Shamrock Rovers.

A multitude of out of contract players at the club left fans wondering what the club's plans were going forward. News that contract negotiations were being done over the phone by chairman Bill Hulsizer also didn't instil much confidence.

However, Duffy becomes the fifth player to resign with Dundalk, joining the likes of David McMillan, Daniel Kelly, Cameron Dummigan and Sean Murray.

On the re-signing of Duffy, sporting director Jim Magilton said that it was one of his "top priorities" when he was given the job.

"Retaining [Michael's] services was one of my top priorities when I arrived at Dundalk and I’m delighted that he has signed for next season,” said Lilywhites sporting director Jim Magilton.

“I’d like to thank the board of directors, club chairman Bill Hulsizer – who pushed it over the line – and Michael’s agent, Liam Nelis for getting the deal done. It’s great news for our supporters – and there’s more to come.”

More to come could mean the arrival of Han Eui-Gwon, a South Korean striker who last played with the Suwon Bluewings in the K-League.

Han Eui-Gwon will join Dundalk FC. The former Suwon Bluewings striker will join the Irish side for a free agent.

Granted, Eui-Gwon's signature would mean that Dundalk would have four strikers on their books, with Norwegian striker Ole Erik Midtskogen signing from KI Klaksvik in the off-season, but we can still dream.

League of Ireland silly season, ay? You can't beat it. 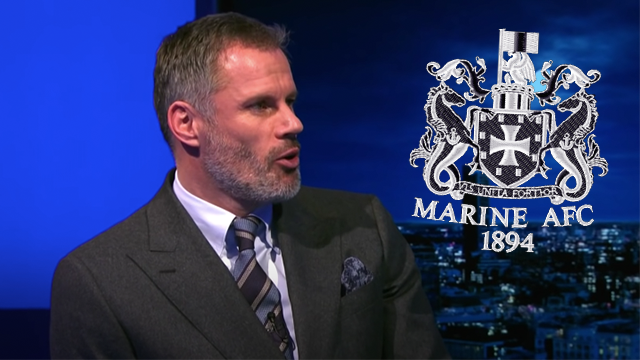