You can say what you want about their punditry style, but there was no denying that the trio of Eamon Dunphy, John Giles, and Liam Brady were massively entertaining on RTÉ.

They haven't appeared together on the national broadcaster for some time now, and barring a brief stint on Premier Sports last Christmas, the only place you will get all three together now is on Eamon Dunphy's The Stand podcast.

Giles and Brady make regular appearances to discuss what is going on in the world of football, and with no action on at the moment, earlier this year they decided to pick their all-time Premier League XIs.

The sides are fairly similar. Two Irish players feature in every team, with both Roy Keane and Denis Irwin both ever-presents. The other players included in all three are Peter Schmeichel, John Terry, Paul Scholes, Cristiano Ronaldo, and Thierry Henry.

You can see the teams in full below. It is worth noting a later tweet confirmed that Irwin should be right back in all three teams, as opposed to the left back shown in the graphics.

Ep 715: The Best Premier League Team Ever – Liam Brady and John Giles join Eamon to make the hard choices. There's a lot of great players left on the bench... #PremierLeague

Certainly some interesting selections. It is hard to argue with many of the choices here, although to see the likes of Frank Lampard, Wayne Rooney, or Sergio Aguero not make a single is appearance is a little bit of a surprise.

Speaking about the selection of Denis Irwin, Giles said it was his selflessness that made him stand out:

He had a lot of ability, he never made a fuss. He played in a team where he didn't get a mention, that didn't bother him.

Whether he was right back or left back, and I think he was better on the right because he was right-footed, he just got on with the job. He wasn't looking for headlines.

That's a big thing because a lot of players get jealous and start doing things at fullback that they shouldn't be doing to get their name in the paper. There was none of that with Denis Irwin.

You can listen to the podcast in full here. 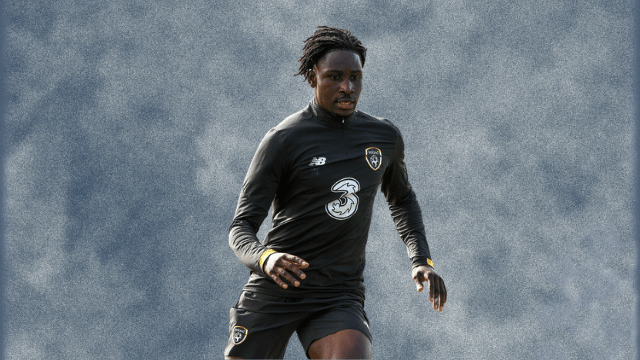 Football
13 hours ago
By Maurice Brosnan
Balls Remembers - The French Meltdown At World Cup 2010
Football
1 month ago
By Balls Team
The Strangest Figures To Do Football Punditry For RTE
Football
4 months ago
By Balls Team
Eamon Dunphy Gives The Brilliant Backstory Behind His "Tired And Emotional"
Popular on Balls
Football
15 hours ago
By Balls Team
Furious Clint Dempsey Smashed Window After Late Fulham Team Change
Football
17 hours ago
By Gary Connaughton
Report: Kylian Mbappe's Massive Wages Demands Too Much For Man City
Football
21 hours ago
By PJ Browne
DUP MP Calls For Rangers Title To Be Recognised In Parliament