Manchester City will have to go yet another season without a first Champions League title, with their collapse against Real Madrid last night adding to what is a growing list of disappointments in European competition.

Despite dominating the tie for the vast majority of the first 180 minutes of the tie, Pep Guardiola's side somehow conspired to concede two last gasp goals just when it looked like they were on their way to Paris for the final.

Serious questions will now be asked about their mentality as a result. It is far from the first occasion that City have crumbled at the business end of the Champions League, usually against inferior opposition.

Kevin De Bruyne was not on the pitch when the two goals were conceded, with the Belgian playmaker substituted in the 67th minute. It hadn't been his best performance up to that point, although Guardiola's decision to take him off was certainly a big one.

Speaking on The Stand, both Eamon Dunphy and John Giles said that while De Bruyne was not to blame for City's defeat on this occasion, they have serious questions about his attitude and feel has become a bit overrated in recent times.

Dunphy: He was taken off after 67 minutes. He's a player that has been praised lavishly by many people in the game, some in England are saying he's the best midfield player in Europe.

I don't think you see him quite as favourably as that? I certainly don't. He is a very talented guy, but he sometimes doesn't do it on the biggest occasions. They don't come much bigger than last night.

Giles: He is a very talented player, there is no doubt about that. He has been described as the best midfield player in Europe, I've never subscribed to that to be honest. He is very, very moody...

I don't like his attitude most of the time. I don't think he's a team lad, I'd say he's always looking to have a go at one of his teammates and not doing it in a way that he should be doing it.

I think his attitude with his teammates is not good, you see him throw his hands up. Even last night, if somebody delivered a ball that wasn't good and went passed him, his hands were up in the air and he was saying 'what the hell is going on here'. I don't like that attitude in anybody.

If you go back to last night and see Luka Modric playing, he doesn't do anything like that. He doesn't get on to his teammates, he gets on with the game and is a real team player. I don't see De Bruyne in that light.

De Bruyne is one of the best players in the Premier League, meaning this is unlikely to be a popular opinion, especially when he wasn't even on the pitch last night when Madrid scored their two late goals.

The Belgian has been in excellent form for much of the season and will play a key part as City attempt to hold off Liverpool in the Premier League title chase in the weeks ahead. 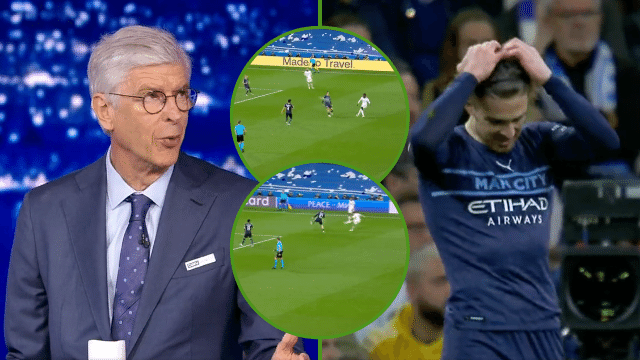