Eamon Dunphy always split opinion during his days as a pundit on RTÉ, but even if you didn't agree with what he was saying, you had to have a respect for the way he continually put himself out there with often unpopular opinions.

Football punditry in this country hasn't really been the same without him, even if he remains in the public domain with his podcast The Stand.

That being said, it is often a treat when he pops up on our television screens. Last night was one such occasion, with the 75-year old appearing on the always brilliant The Tommy Tiernan Show.

Their 20 minute chat was as wide briefing as we have come to expect on that particular programme, with the topics including Dunphy's childhood, his love of a night out, and the profound impact football can have on people's lives.

He also talked about his own playing career, something that can often be forgotten in any discussion with the 23-cap Ireland international.

Dunphy has consistently put down his own playing abilities, although he did craft a long career in the lower leagues as well as playing for his country.

On last night's show, he described how his somewhat cultured playing style didn't necessarily endear himself to the Millwall supporters, although he thinks he won them over in the end:

John Giles and Liam Brady had rare talents and they were great, great players. I was a journeyman.

I was a good player, not a great player! I worked hard at it. I wasn't strong enough basically, but I made a career. I was a pro for 17 years and played 23 times for Ireland.

I wasn't in the same league as the people I've just mentioned...

I played in midfield, a midfield general they used to call them. That's right, like Thiago is at Liverpool now!

It was an experience, they didn't necessarily like the Irish down there (at Millwall). Oh my god, they used to say things, because I wasn't a robust player.

They liked robust players, guys who used to get stuck in. 'Wear your bleeding handbag Dunphy' and worse!

If you took the stick long enough then there was a grudging admission that you were alright. I was there nine years, the first eight were bad but they loved me the last 12 months!

There were a few occasions during the interview where Dunphy wasn't afraid to show his softer side.

Eamon Dunphy chats with great affection to @Tommedian about his late childhood pal who introduced him to the joys of football and cigarettes aged 8!#TommyTiernanShow @Dunphy_Official pic.twitter.com/HIdJch9PCE

For those of you who would like to watch the interview in full, you can do so on the RTÉ player here. 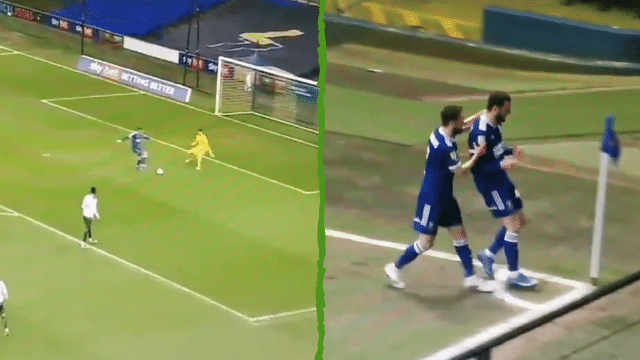 Football
1 month ago
By Maurice Brosnan
Balls Remembers - The French Meltdown At World Cup 2010
Football
3 months ago
By Balls Team
The Strangest Figures To Do Football Punditry For RTE
Football
4 months ago
By Gary Connaughton
Dunphy, Giles, And Brady Have Picked Their All-Time Premier League XIs
Previous Next