Cabinteely Boss Assures He Is 'Not An Electrician' After Floodlight Failure

With Cabinteely 1-0 ahead of Athlone Town in the second-half of yesterday's Airtricity League first division clash, floodlight failure left the referee with no choice but to abandon the fixture.

Speaking to 98FM's Now That's What I Call Sport afterward, Cabinteely boss Eddie Gormley appeared uncertain at what insight he could realistically offer by way of an explanation:

Interviewer: Eddie, what is your understanding of why the game has been called off tonight?

Interviewer: Any idea why?

Eddie Gormley: I'm not an electrician ... I don't know.

With the game now set to be rescheduled, Gormley was disappointed by the referee's decision largely because his side were leading at the time.

Against bottom-of-the-league Athlone, it is a fixture Gormley's men will know they cannot overlook in the scramble for points.

An incident that is unlikely to reflect well upon the league itself, the former Bray Wanderers boss was not going to be drawn into the practicalities of what had occurred:

Interviewer: We've heard that it is possible the generator wasn't working?

Eddie Gormley: Like I said, I'm focused on a game, I don't know what's going on. All I'm told is the lights aren't work, so the game was called.

Interviewer: If we can stick on the lights for now, because it's clearly another negative news story involving the league and a first division club. The lights did come on in the second half and went off again ...

Reminding the interviewer that he is "not an electrician" and would have trouble "changing a bulb," you can listen to the whole of this tense interview below.

Pictures and video footage from the game demonstrated why there was some degree of confusion regarding the referee's decision. 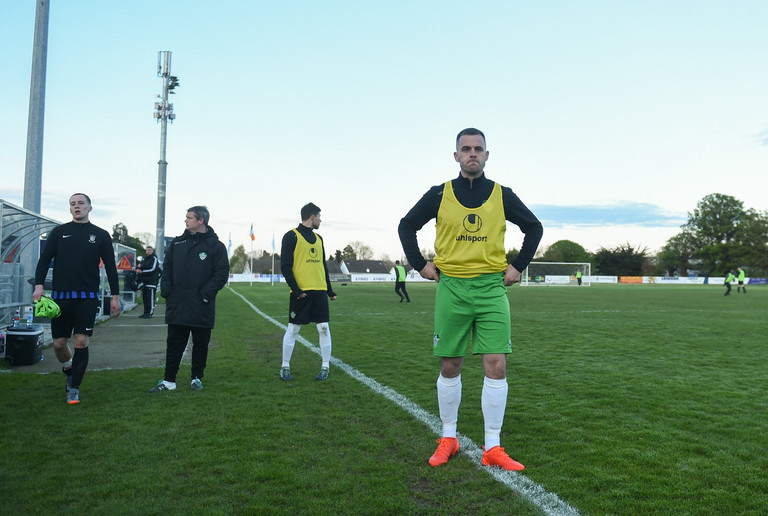 Here’s the video of the referee calling off @Cabinteely_FC vs @AthloneTownAFC with 23 mins left, my last video didn’t work for some reason. Generator blew, smoke coming from it, they couldn’t fix @SSEAirtricityLg @FAIreland pic.twitter.com/DfZ0RXDVwE