The news that Lionel Messi is set to leave Barcelona has rocked the footballing world.

Everyone knew that the player's contract was up and that the club had been experiencing huge financial problems. Despite this, there was a sense that a deal would be done.

That was clearly the feelings of both Messi and Barcelona, with a contract extension being agreed a number of weeks ago.

However, La Liga rules mean that a deal is simply not affordable. Messi is now set to move elsewhere.

As you would expect, the reaction to this latest development has been remarkable. Every media outlet in the world will cover this story, but there was one take we were looking forward to more than most.

We are of course talking about El Chringuito, the Spanish football show that has made headlines for its ridiculously over the top broadcasts in the past.

Their Messi special was eagerly anticipated and it certainly did not disappoint. Thanks to the @ElChiringuitoEN Twitter account, we can get an English translation of all the best bits.

It opened in the dramatic fashion you would expect, with host Josep Pedrerol sitting in a dark studio with incredibly tense music in the background.

Lionel Messi is gone. But Josep Pedrerol is here. pic.twitter.com/k5phSHOdYA

Then the guests started rolling in.

TV personality Cristobal Soria described the news that Messi was leaving as 'the worst day of his life'.

"The worst night of my life". Someone needs to keep an eye on Cristobal Soria to make sure he gets home okay after this. pic.twitter.com/E1i9uiLhSp

I can't believe it. I want to wake up tomorrow morning and for it all to be a bad dream, a nightmare, that none of what's happening is true.

I'm gutted. I couldn't imagine that this could come to happen.

He soon moved from sadness to pure anger. Soria lost the plot completely, taking the whole thing out on Memphis Depay for some reason.

Cristobal Soria has now moved into the anger stage of grief over Barcelona's farewell tweet. pic.twitter.com/IZL5289R8i

We wouldn't like to see this lad deal with an automated customer call service.

Pedrerol would soon reveal a huge 'exclusive' that Messi might end up at PSG.

If you don't believe Josep Pedrerol's reputation for "exclusivas", just look into his eyes in silence. pic.twitter.com/UsP3X0mfe9

A man with his finger on the pulse of Spanish football.

Soon, notorious Real Madrid fan Alfredo Duro went on a mad rant because somebody suggested Florentino Perez may have contributed in some way to Messi's exit.

El Chiringuito's resident Real Madrid fans, like Alfredo Duro, were taking the Messi news well. Until someone started suggesting it could be Florentino Pérez's fault... pic.twitter.com/1v4PqrUafg

Then the tears started.

Former Barcelona Lobo Carrasco couldn't contain his emotions as he discussed the prospect of Messi leaving the Cam Nou. The whole segment is made by the music in the background.

And all Pedrerol can do to comfort him at the end... is troll him. pic.twitter.com/XDAutUxTZ7

Some of the best/worst television you will ever see.

Hook it to our veins. 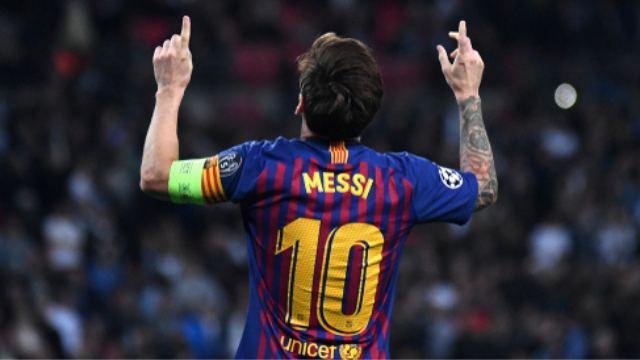