The news of the FAI's investigation into a video shown to the Ireland squad ahead of the game against England has been met with a strong reaction.

While it is not exactly certain as to what was in the video, many clearly feel that the incident has been overblown. Indeed, the manner in which it was leaked to an English media outlet certainly raises some questions.

The FAI are sure to release their findings in due course, but it seems the players in the dressing room have been largely unphased by the incident.

Speaking to the Irish Times, Ireland defender Enda Stevens said he was disappointed that something that took place in the dressing room was leaked to the media. While he himself was not present due to injury, he said no issue has been raised in the squad WhatsApp group.

I think it’s disappointing it’s come out to the media, in the way it’s been leaked,

What happens in a meeting, in a changing room – right or wrong – should stay there. It’s always been the case.

I haven’t heard anything about the meeting, the lads in the meeting haven’t raised any awareness to it, so as far as I’m concerned, I don’t think there’s anything in it.

I don’t think any players even noticed, because nothing’s been said. We have a WhatsApp group, but nothing has been raised.

In a statement released yesterday, the FAI said they would be 'looking into this matter internally'. 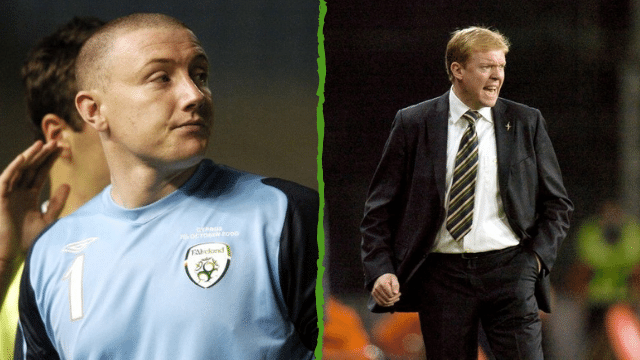