In a sentence that would not be out of place among, "Luke Chadwick wins beauty contest", or "Russian boxer loses by decision at Rio Olympics", the English FA have declared that they are abandoning their target of winning the 2022 World Cup.

With their ever increasing attempts to appeal to the youths of today, you would almost expect the BBC to post a laughing face emoji beside that headline but alas, this is no joke. The FA had legitimately planned on winning the World Cup by 2022. That is the World Cup of football by the way in case your incredulity was momentarily misplaced. Put it back because this happening in real life.

BBC Sport understands the FA wants the country to be "ready" to win the competition, rather than it being an expectation.

Maybe it was the utter humiliation of crashing out of the Euros in the summer to the footballing powerhouse that is Iceland. It could have been almost failing to break down Slovakia until the last minute on Saturday or seeing their no.1 goalkeeper move to the team that came 12th in Serie A last season. It could even have been the manager of England Sam Allardyce saying that he cannot tell Wayne Rooney where to play. Wayne Rooney of course being a player in a team that Sam Allardyce manages...

Whatever it was, England have decided that the 2022 World Cup is no longer an attainable goal. New FA chairman Greg Clarke has done away with the goal set by his predecessor and fellow Greg, Greg Dyke. 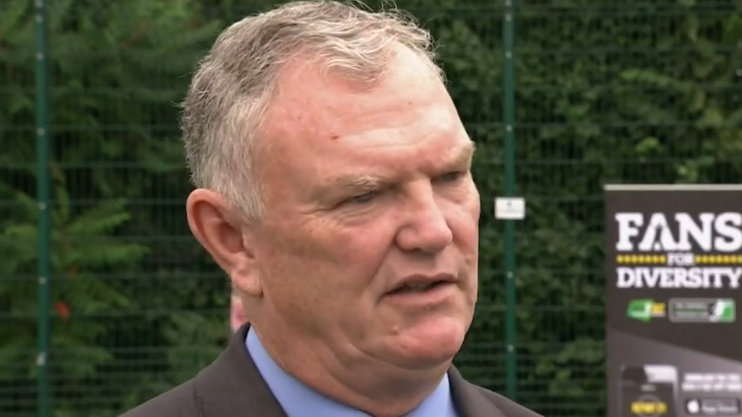 "I'm not going to put pressure on and say we are going to win this tournament or that tournament," said Clarke, who presumably was beet red at the time. He also called the clock in St. George's Park that counts down to England's victory in the 2022 final, "daft".

Maybe it's some form of reverse-psychology that Clarke is breaking out to combat the sense of grandiose that the English media instills in it's players. "Raheem you'll never win the World Cup and your hairstyle makes you look like a sperm", Clarke would whisper in Sterling's ear. Then again maybe the FA now shares the world's view that England aren't very good at football. Yeah, probably that last one to be fair.