Does Gareth Southgate Actually Have Too Many Attacking Talents In His Squad?

Ahead of Euro 2020, England's supporters are very confident that this could be the year they finally end their tournament drought. You can see why they're excited, with Gareth Southgate having a supremely talented squad on his hands.

However, there are no guarantees when it comes to major tournaments.

While full of quality players, the squad is an inexperienced one. You could also argue that France and Portugal are better equipped to win this event, both in terms of talent and experience.

Could the amount of excellent attacking players in Southgate's squad actually cause him a few issues? After all he can only select a certain amount of them for the biggest games.

Speaking on The Buildup podcast, former England striker Gabby Agbonlahor said that the amount of big names attackers at his disposal could cause the manager some problems if results do not go his way early on.

I think the problem Southgate has got is whatever team he plays, if he doesn't get a result, everyone is going to say he should have played the other three.

If he plays Sterling, Rashford, and Kane and we draw against Croatia (in the first game), everyone will be saying he should Foden and Grealish, or Mount and Grealish. I think he's in a bit of a lose-lose situation unless he gets the result in the first game.

I think it can be a problem. If you look at other teams, especially the teams I have been in with England in the past, you knew who was playing. It was Gerrard, Lampard, Rooney, Owen.

There weren't really players that were close enough to take their position, they were only playing because of injuries.

Now you can probably name two England XIs and they would probably be a draw if they played each other. They're that good.

Maybe it can be a problem for Southgate. I would hate to be in his position to choose the XI for that first game. 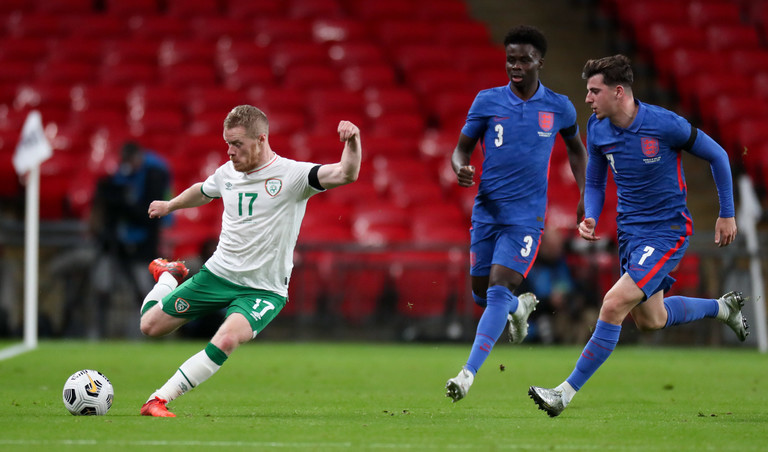 However, Kevin Doyle thinks the amount of competition in the squad could be a good thing.

Whereas many teams enter international tournaments with a number of players who are unlikely to get many minutes, the English players will believe they can force their way into the side.

Doyle thinks this can only benefit them as the tournament goes on.

I don't know if it's all paper talk, but they do seem very together. If one player plays there is no one moping around the place.

It's a 26-man squad now. I found with Ireland at the Euros and that you nearly knew your team and the lads that weren't playing, it was hard to keep them motivated and not distracted or moping around.

You're together for six weeks. If it's a fairly settled certain team, how do you keep those lads who aren't involved happy? If it's a 26-man squad, a lot of those lads aren't going to get a start.

If you look at England, you don't know who's going to start. We're saying 'you could pick him' or do this, that, or the other.

They will be all on their toes thinking 'I could play any game here, I need to keep on my toes, and keep on the manager's side because I could get in at any time'. It's that close between all the players in the squad, unlike Portugal who will have a lot of lads who are only there for the journey.

It will be interesting to see how this dynamic plays out in the coming weeks.

SEE ALSO: The Worst Take Of Euro 2020 Was Aired On The Internet Today 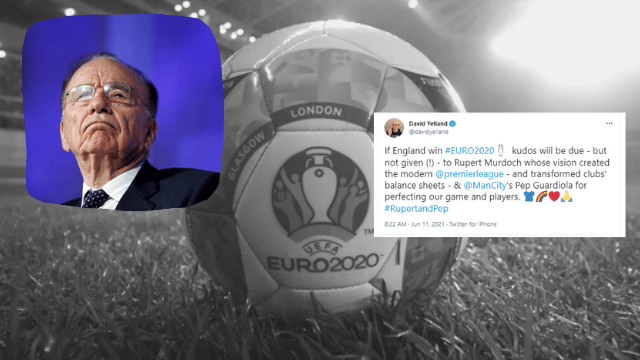